Team 1690 is proud to present our 2019 offseason swerve drive project!
We started to work on this project in the summer, right after we came back from IRI, and after a lot of tweaks to the design and code, we’re quite pleased with the result.
The module’s design was heavily inspired by Swerve Drive Specialties’ Mark 1 module, with some changes to better suit our requirements.
Our field centric swerve code was all made from scratch and implements a lot of tricks that make driving the robot very easy and intuitive. 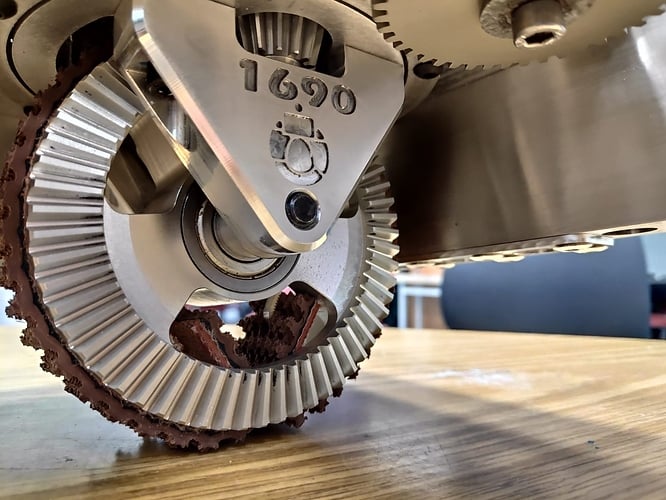 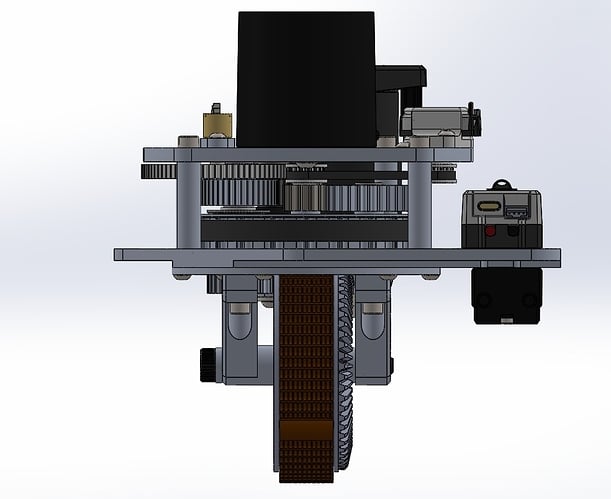 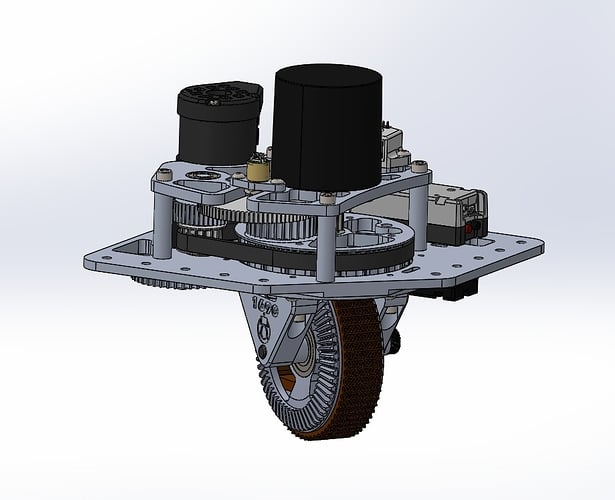 A Video of the swerve drive running an autonomous path with integrated vision control:

Showcasing the vision control; in the clip, we ran a path but forgot to not use vision correction at the end of it. the robot immediately shoots itself toward the target.

A video of our driver practicing with the swerve drive, cycling between targets and around obstacles. 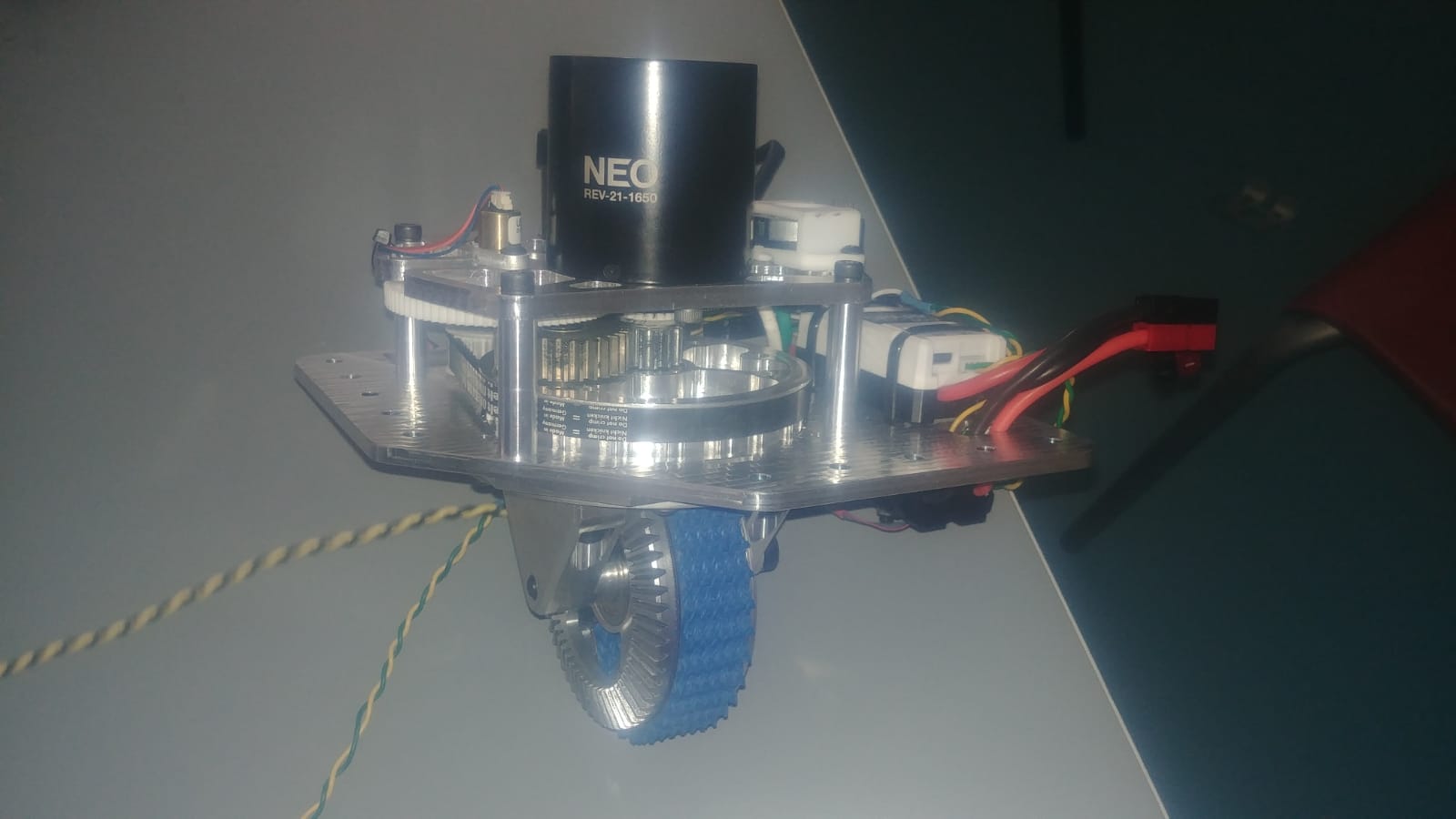 What system did you use for your swerve path planning and if so, is that available anywhere for reference? Incredible work all around, definitely going to keep my eyes on this as it evolves.

Looks great! Will you be releasing your code?

We debating cutting the bevel into the wheel like that and chickened out. Cool to see someone did it!

This looks super solid! I love the drive testing with the vision targets. That is a great idea for some good development next offseason.

That auto is crispy

Love this! Your videos do a great job of showing how great vision alignment with swerve can be as well as how effective swerve can be against defense.

That’s sick. Are you considering using it in 2020?

Swerve used to be an elite club. Looks like many new members in 2020.

Really cool! Can’t wait to see what you guys come up with this year

Would you consider any game with mild terrain to be swerve friendly? Your swerve is very impressive and throughly developed, it seems that only a Stronghold-style game might make it less advantageous

I’m digging the tread attachment. Have long considered something like that ourselves. Do you have any better images of it?

That looks great! Was the wheel made on a 5th axis? Would be cool to see videos of that, or at least a CAM simulation

What system did you use for your swerve path planning and if so, is that available anywhere for reference? Incredible work all around, definitely going to keep my eyes on this as it evolves.

Would also love to see your code!

thanks
we wrote a path generator ourselves from scratch
(currently the code is a prototype and quite messy, hope to release a clean version soon, written in “Go”)

the code can be found here: https://github.com/YonatanTzury/Electron-Example

Would you consider any game with mild terrain to be swerve friendly?

That really depends on the game itself. For example, even if Deep Space had rougher terrain/obstacles, I would still argue that a swerve drive is a huge advantage, mainly for the huge benefit that moving sideways can give you when placing game pieces. Who knows, if the benefits of swerve will outweighs the downsides, we might even go full Swank

considered something like that ourselves. Do you have any better images of it?

Yes, it’s not that easy to change treads with it though, takes about 2 min per wheel. The main issue is that threading the ziptie into the small hole in the tread is pretty hard in such a small space. Another issue is that the small bump where the tread goes into the wheel is fairly noticeable. We tested peeling the rubber off of the tread on the ends, to reduce the bend radius drastically and therefore to make the bump less noticeable. The tests went well, and the next version will have a narrower slot for the treads to go through. 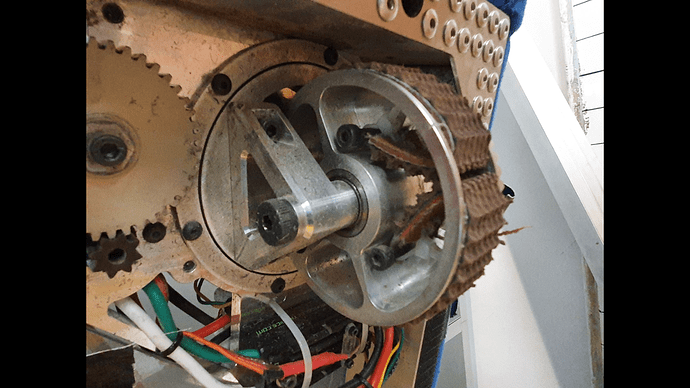 That looks great! Was the wheel made on a 5th axis? Would be cool to see videos of that, or at least a CAM simulation

Unfortunately, we don’t have any videos of the manufacturing process, it was made in an outside facility (that, AFAIK, doesn’t allow photography)

If you guys want to run it, first make sure you have Node installed. Next, clone the repository and remove the node_modules folder. Then, cd into the folder and run the command: “npm install”. Once that finishes, run the command “npm start” and it should boot up

Do you have the code for path following? What algorithm/method did you guys use to follow the generated path so cleanly?