1712/LMHS Senior Ana Franco, who recently was awarded a FIRST Robotics Drexel University Scholarship worth $40K, had her Colombia-to the US-to Lower Merion-to Robotics story picked up by CNN en Español. Today, Ana and her mother traveled to their Washington, DC studios to film a piece for CNN en Español’s new program called “Directo USA.” She will be on a segment called “Latino in America,” which highlights the Hispanic experience in the United States.

Attached are images from Ana’s day at CNN. There will be a follow up shoot at LMHS. According to Ana’s mother via text message, this was an awesome experience for her and things went very well. CNN will be following up on a date for the LM shoot and an air date. We will keep the community posted here. 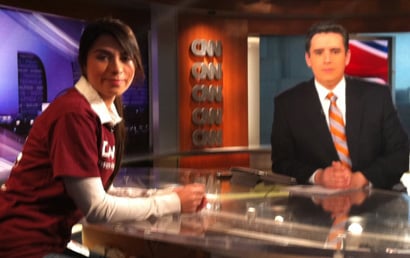 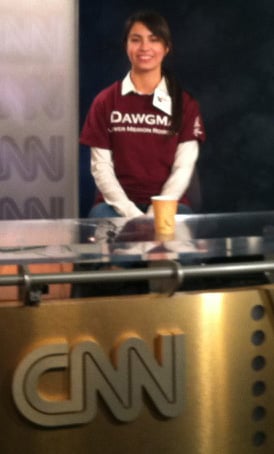 All,
The piece on Ana aired earlier this evening in the US and all Spanish speaking countries CNN reaches. Ana’s friends and relatives in Mexico, Colombia, and the US have all had a chance to see her feature.

With permission, we’ve uploaded the file to the team youtube channel here:
http://www.youtube.com/dawgma1712#p/u/0/OZu53I08HUw

We will be working on a version with English subtitles to post in the near future!

Very nice! For those who could not understand the interview, she did pay high compliments to one Kressly guy

Special thanks to Manoel Flores da Cunha of FRC 383 and to Ana herself for their work on the translation!