I’ve been playing around with Gephi and decided I should make a graph for FRC. I set it up so that each node is a team, and every connection is a regular season playoff match in which two teams played together between 2016 and 2019. Sizes of nodes represent the number of unique playoff partners a team had during this period. Thickness of edges represent the number of playoff matches in which the teams played together. The visual graph was made using a Yifan Hu Layout, and the nodes are seperated into colors based on their modularity class. Here is the whole network (can’t see much detail this way): 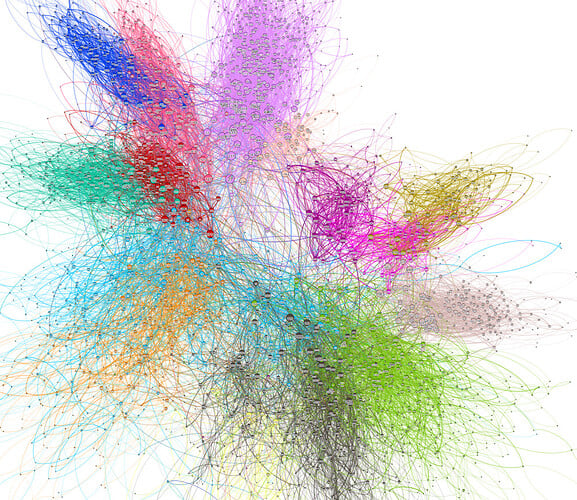 And here is a zoom-in on the FMA region: 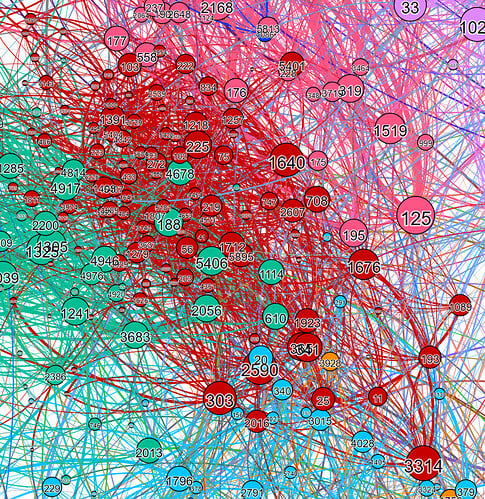 If you want to see more detail, you can do so here (Note that this is a massive display with a lot of whitespace around the edges, you will probably have to either zoom out and/or navigate to the center to see it).

I find this graph really fun to explore, and I encourage you to do the same. Look around a bit and try to find your team. If you need some help figuring out where you might be, take a look at my spoiler tag below.

Just a fun project to get me playing with a cool new tool. If people have suggestions on other graphs I could make I’m all ears.

Look around a bit and try to find your team.

Even easier, you can just use ctrl+f to find any given team number (in Chrome at least). Takes some fun away, but helps if you’re trying to find several teams.

Using some different measures of centrality, we can find which teams are at the “heart” of the FRC playoff partner network.

Degree (how many unique partners):

Eccentricity (path length to any other team in the primary network, all other teams have eccentricities of 7+):

The maximum eccentricity in this network is 11.

Closeness centrality (reciprocal of sum of shortest paths to all other teams):

Betweenness centrality (measure of how likely given team is to connect two other teams on a shortest path):

In my opinion, 27 has the best claim to being the heart of the 2016-2019 playoff partner network. They have the most unique partners, and make the top 5 for all of the centrality measures.

Waiter, there are Canadians in my FMA region 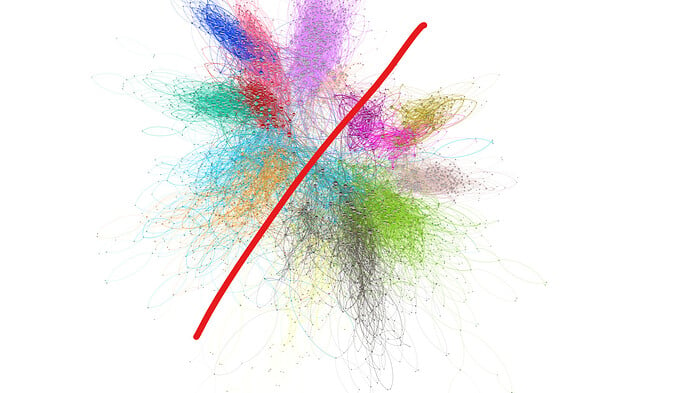 The houston vs detroit line

It would be interesting to see the difference between post 2017 vs pre 2017.

It would be interesting to see the difference between post 2017 vs pre 2017. 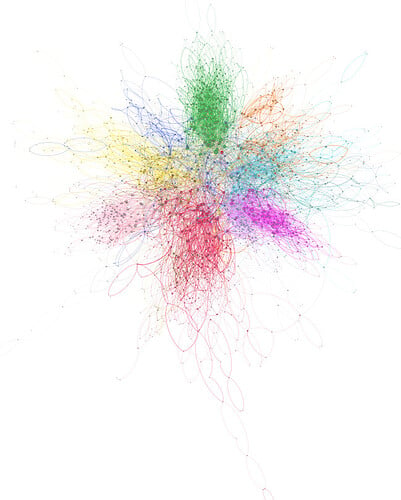 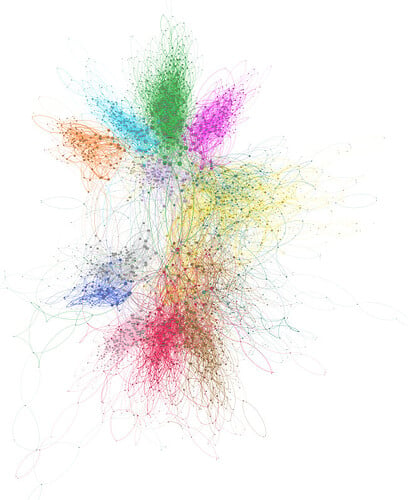 I cut out the small handful of teams that were not part of the primary network, so there’s no longer excessive whitespace in the full size displays. I tried my best to keep the colors matching, but some regions merged (eg Florida into New York) and some split (eg east breaking into chs and nc) so colors are not directly a 1-1 comparison. I oriented Michigan as North in both graphs as a standard reference. 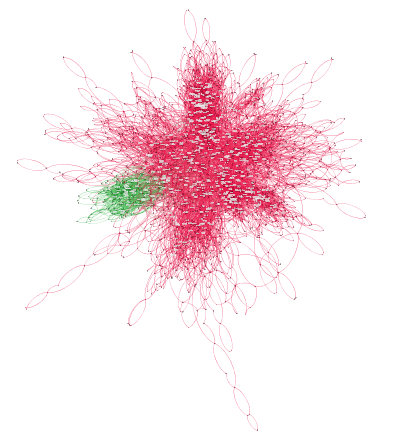 This basically just separates PNW from the rest of the network (which makes sense as it’s a district system surrounded by regionals, with no nearby districts for easy inter-district play). You can measure how clean splits are in a network using a measure called modularity, a modularity of 0 means splitting is nonsensical, while a modularity of 1 indicates perfectly clean splits. The above 2014-2016 binary split has a modularity of 0.171. 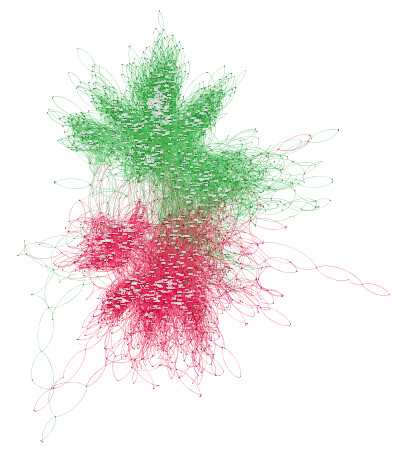 To no one’s surprise, it pretty clearly follows the championship assignments. There was some noticeable overlap in the 2017-2019 graph from Missouri/Kansas teams (and a few other central us teams), but note that Missouri and Kansas were assigned to the North Champs (St Louis) in 2017 and have been assigned to south champs since then. The above split has a modularity of 0.445, indicating a much stronger binary split than the binary split from 2014-2016.

How many different connected components are there and how large are the largest ones?