This is it…year of the wood robot! I’ll do what I can to make ours look “period correct”. 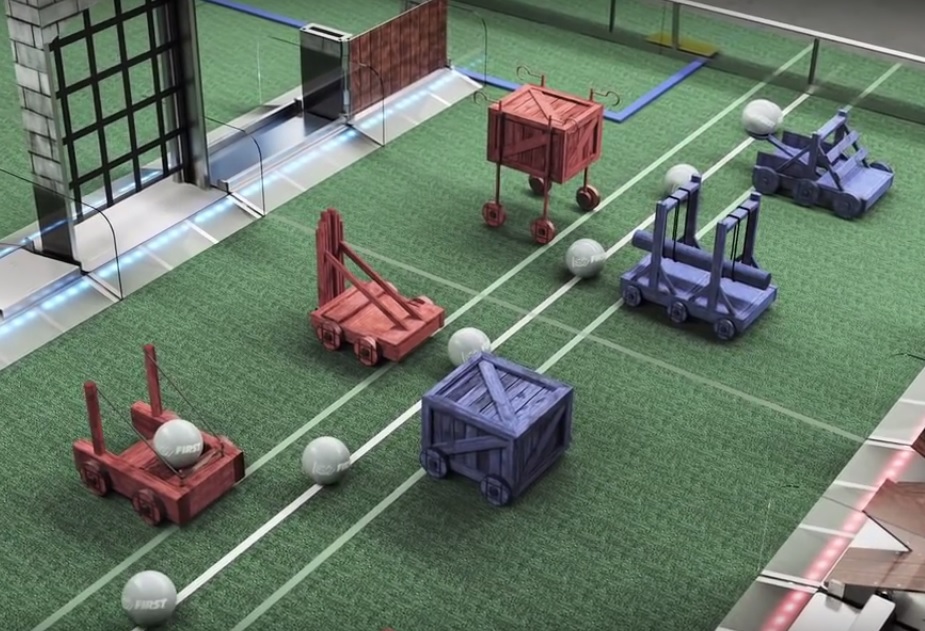 Can’t wait to see what you guys come up with, Jim!

Advice from Bob Vila and others

Jim, When themed wood robots came up, I immediately thought of 1726.

We use a lot of Baltic birch plywood in the construction of our robots. It is very strong and durable. I have seen many a robot built using mostly aluminum not last the practice matches. The plywood is not rigid so it flexes and returns to its original shape. And in the rare event that it does break, slap a little 5 minute epoxy on it and you’re ready for your next match.

Perhaps its greatest benefit though is the ease of fabrication. No machining, just a saw and drill. The students on the team are able to do the work on the robot without have to send parts out for machining.

How did I totally miss the battering ram on that animation robot? Usually the animators have one robot use an arm to ‘communicate’ with another robot, but an uncontrollable wooden ram seems a bit excessive…

The robots that bobl showed pictures of are really cool looking but the Baltic birch makes it look like they came from a modern Danish furniture store. The beauty of wood is that a finish can be applied to make the robots look like they were found in an antique store or a museum, as MrForbes suggested 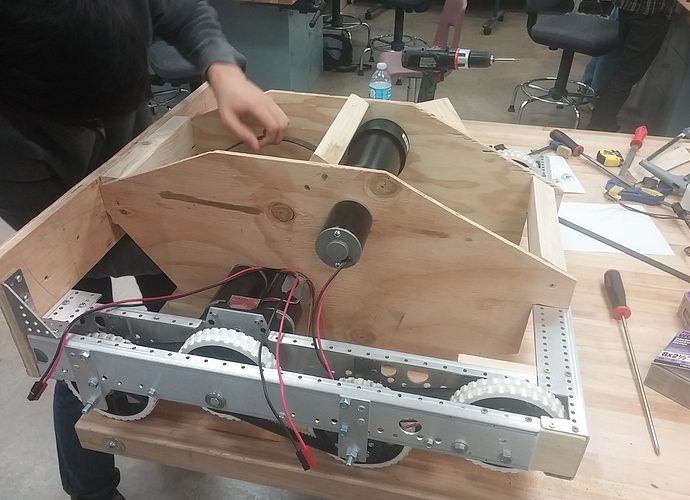 It would be funny and themed to have a metal robot painted to look like wood! or there is a wood design duct tape that would work nicely, too. It’s a fun idea to go with the game theme if you are willing

I know you made a thread showing a video of that drivetrain a while ago, I can’t wait to see how that works in competition. Our drive isn’t too much different, actually

Anyways, this is what we came up with. 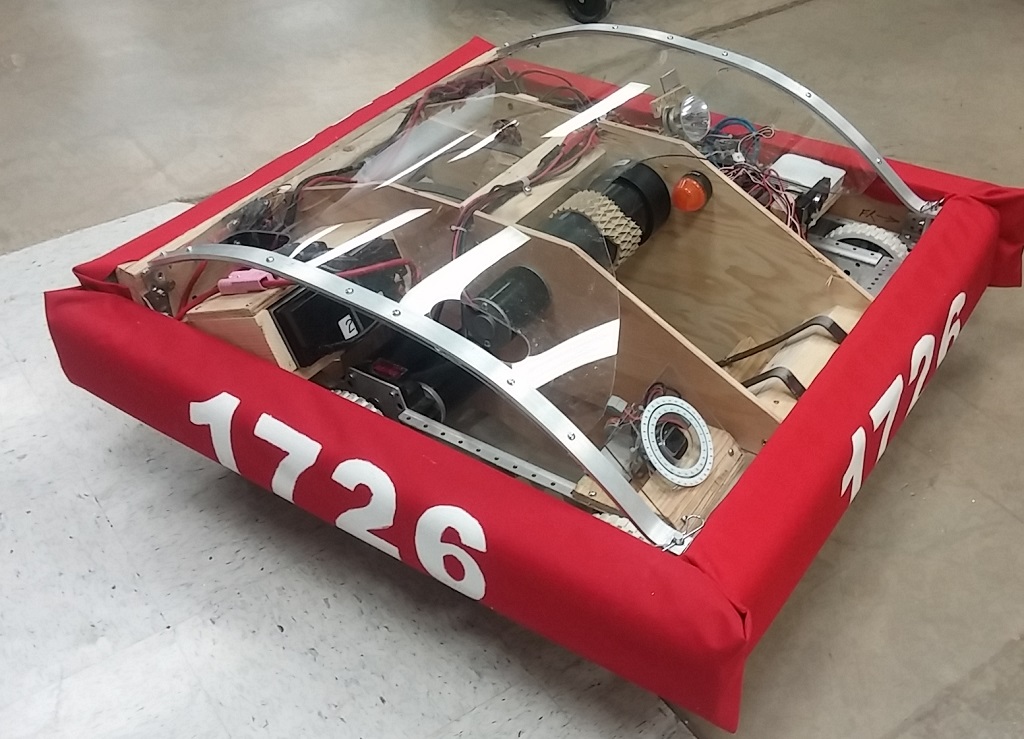 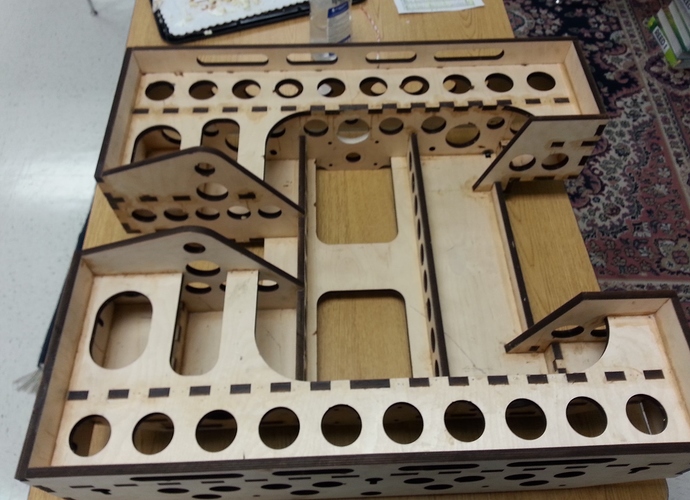 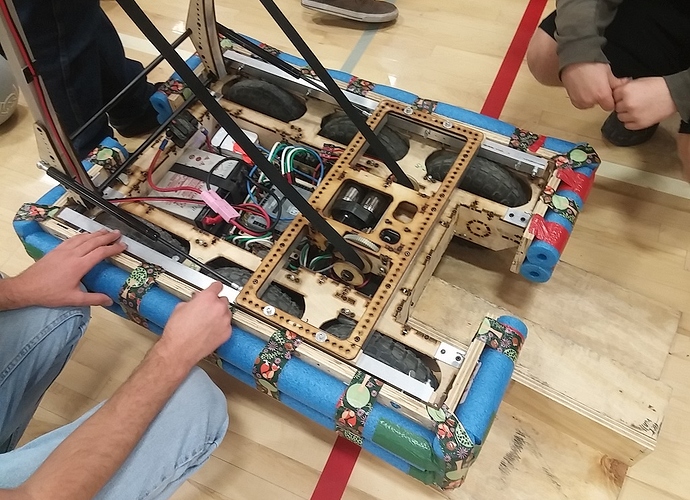 We use a lot of Baltic birch plywood…

Can’t believe it… I never knew our 2008 robot had a twin on the other side of the country. And in one of those “small world” things, our ball launcher that year was inspired by a design posted by… 1726. 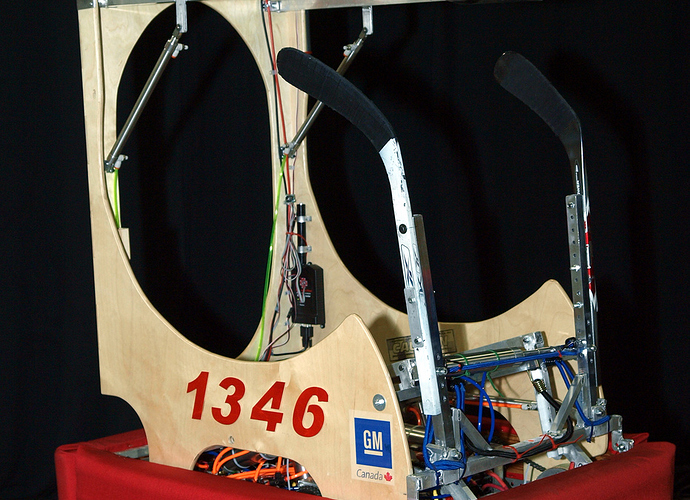