Team 3100, the Lightning Turtles, is proud to announce their inaugural season of the Turtle Trials Challenge Series and their 2019 game, Quick Quota. This series partners with our new development drive kit called the LT Mk1 Drivetrain. 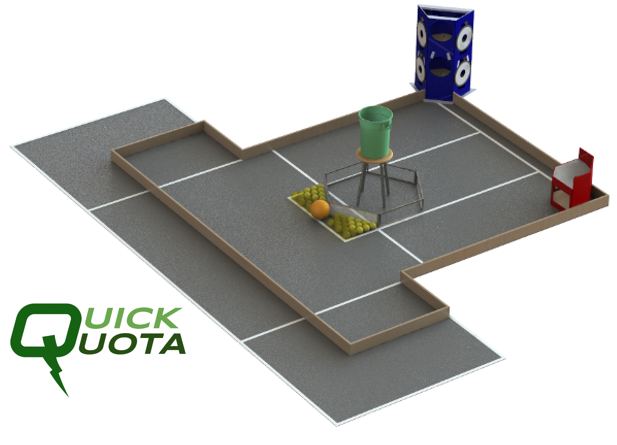 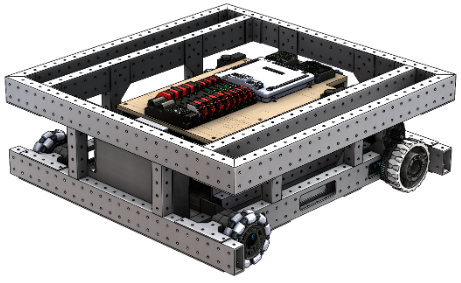 The point of both the Turtle Trials Challenge Series and the LT Mk1 Drivetrain is to provide more training opportunities for students on our team that is repeatable year after year. The custom components of the kit drivetrain are fabricated by our veteran members and the rookies assemble the drivetrain so that each can learn or further develop certain skills on the team.

This year, the team will be splitting off into four smaller teams that will compete in a round-robin tournament at the end of the fall semester. The hope of this program is to help provide more students opportunities to develop their own ideas and compete with robots in the same process we use for during the build season.

Our goal after this season is to vet this program out internally with team 3100, and then scale appropriately and invite surrounding teams to join in following years, similar to what the OCCRA program has been able to accomplish for Michigan. We hope to have more information publicly available in the coming months on our website team3100.com.

This past weekend (December 12-14), the inaugural TTCS Tournament occurred at Henry Sibley High School. This year’s challenge was called Quick Quota. The goal is to reach a specific quota (73 production units) in the shortest amount of time. The shorter the time, the better the alliance performance. Check out the videos on our team’s YouTube channel for match videos from the tournament. 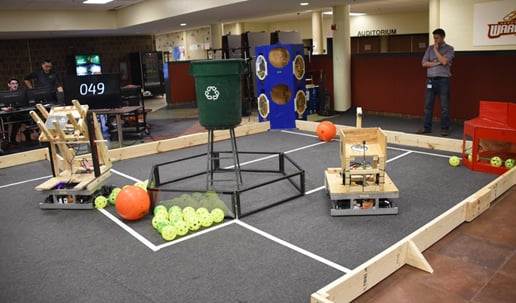 4 teams competed, all made up of 6-8 FRC 3100 students on each team. The four teams competing were 3100-A: Bonk, 3100-B: Thunder Tortoises, 3100-C: Tate & Everyone Else, and 3100-D: Error 3100 Name not Found. As you can see by the team robots, they were all challenged with creating functional mechanisms using standard FRC components, and wood as the primary construction material. Teams drove using a standardized “kit drivetrain” called the LT MK1. 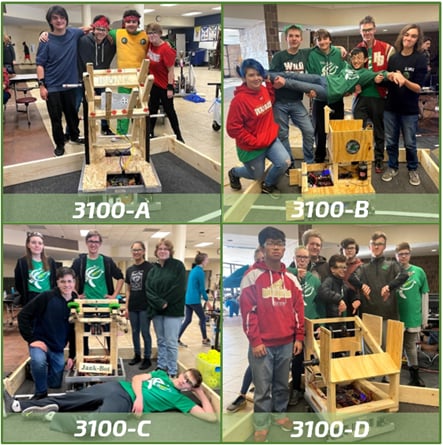 Qualification matches consisted of 3 cycles of round robin matches (18 matches total), providing each team with 9 matches to earn their ranking positions. Their ranking score was determined by fastest average time to accomplish the game task. As a rule, set in place for TTCS, every student who is interested in either driving or operating must be able to drive/operate at least once before students can perform those roles a second/third time. At the end of the qualification rounds, 3100-D led the rankings with an average match time of 143.8 seconds! 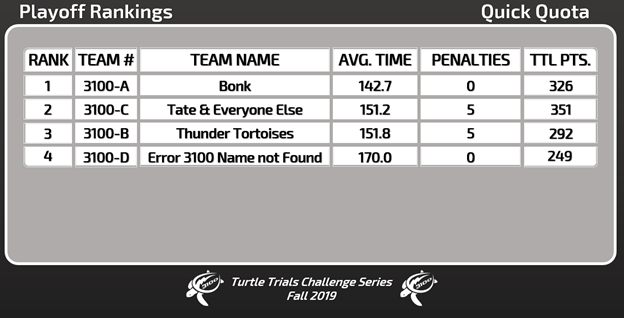 This program exceeded our team’s wildest expectations. This type of training allowed more of our students to be involved in every step of the build season process in a slower-paced and more educational format. Compared to our previous methods of training in past years, this has done so much to prepare our students in the skills it takes to design, build, program, and drive robots. The biggest takeaway we noticed from this program was the ability to expose more of our students to the direct decision-making processes that have been the hardest concept for students to grasp in previous FRC seasons.