Look closely the make sure the bristles are contained within some sort of metal collar before being encapsulated by the plastic handle (I have not seen one yet that is not but this is critical).

Then, cut away the plastic. You now have a brush in a usable form factor. At least, it is usable if the brush length matches your space. Zip ties between the bristles and around the brush’s collar and some fixed structural element on your robot generally does the trick.

1720 attempted something like this. It seemed to work, needs some more refinement though. The idea was to basically slide those McMaster brushes into a 3D printed insert that would hold the brushes. 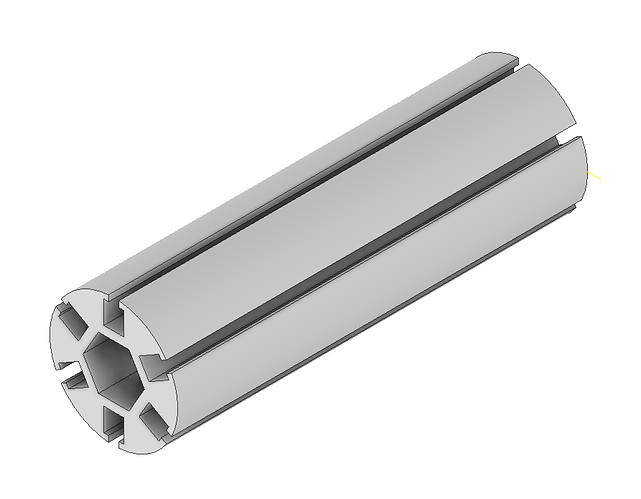 We bought this and used it this year. It worked exactly as advertised.

Didn’t realize that existed, or I never connected the dots.

That being said, I still would really love a Male > Female Extension, the Female Female Adapter scares me a bit. (It’s not protected)

Agreed, a one-piece extension would be nice–though I imagine the point is interoperability. (For example, the hex bore encoder also uses that same 6-pin cable.)

Another thing that I could see a use for: a simple one-input-two-output box. Something to make counter-rotating intake rollers easy. I think it’s possible using existing gussets and gears, and may just need AndyMark or VEX to make a cookbook. 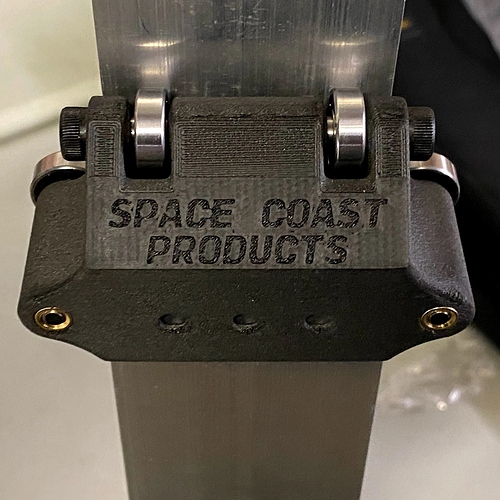 Have you done any load testing on these?

We sell HTD ones here and will be adding GT2 ones shortly. We also plan to expand our sizing options to alow for an increased range of reductions.

Have you done any load testing on these?

They where tested during development and are in use on several robots this season. So far zero reports of failures.

It’s technically two part numbers , but a COTS solution for this exists.

We also experimented with the part below this year to fix a broken Neo encoder cable. They work, and are easy to use in a pinch, but the connector is a bit harder to pull out of the Spark Max, so be careful:

Sweet!
We’ve been running 3mm pitch markforged-printed pulleys all over this year’s bot with zero durability problems. Makes for a super lightweight first reduction off a NEO550.

How much would you be willing to pay for something like that? Could look into producing and selling some if there is interest

An extrusion like this designed to be compatible with either an FRC vendors specific brushes, or ones direct from McMaster would be amazing! Just cut or part it to length and you’ve got yourself a brushed roller. Now that’s a COTS item I’d buy in a second!

We bought 4 of these this season and have yet to get any of them to work, either wired into the primary or secondary encoder ports on the SparkMax or connected directly to the RoboRIO. They simply don’t give any output whatsoever.

Have you contacted REV for support? Ours all work great.

Have you contacted REV? I know a few teams in my area that have used them successfully so far.

SNIPED: Andrew beat me to it.

Have you contacted REV for support? Ours all work great.

Our programmers had other priories at the time and it was faster (though less convenient) to just swap them out for potentiometers (we had wanted to use the Absolute mode for angle detection). I had hoped to reach out to them during the break between our events, but COVID threw a wrench into those plans. =/

Have you had any issues with the vex hubs or versaroller slipping?

No, but you could add some green (gap filling) loctite if you were very concerned.

Do you recommend using these combined blocks for both the top and bottom of an elevator stage mesh, or do you have a different recommendation for the bottom? It seems to me that if you used these blocks on the bottom, the bottom of that stage couldn’t be a rectangle but instead be a T, reducing the usable height on that stage a little.

From watching 1323’s Behind the Bumpers video, it seems that they don’t do this with whatever blocks they’re using on the bottom – it almost looks like they use their elevator bearing blocks to join the box tubing.