Were it not for the “images should be clear and see without relying on the viewer to download or zoom” clause, I’d be concerned about the possibility of giant robot mosaics made of little robot pictures.

A POWER CELL that passes completely through an opening and then bounces back out qualifies as having been scored.

So if a power cell bounces out of the high goal, it is still scored… 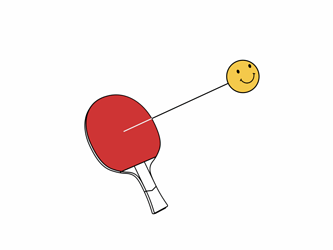 reminds me of this

So if a power cell bounces out of the high goal, it is still scored…

Did a video review, and this definitely makes a difference. It’s not uncommon for a volley to be two balls into the 3 point goal, and one ball to hit the edge of the 3 point hole and bounce back out onto the field. We had been scoring those as 6 points, and now they will be 8 points.

So like, just shoot really hard to force it to bounce out? Isn’t that an advantage if it lands perfectly for the intake?

Isn’t that an advantage if it lands perfectly for the intake?

Only if it lands perfectly for the intake inside the reintroduction zone.

A POWER CELL is only considered scored if, as it scores, it is not in contact with a ROBOT and that POWER CELL has entered the Reintroduction Zone (via ROBOT, by human, or by rolling itself) since the last time that POWER CELL was scored.