Fixing a busted taillight on a totaled car 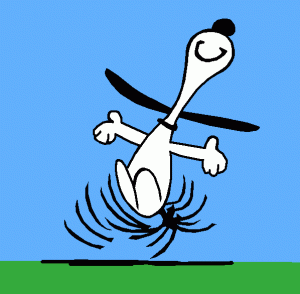 It’s just 2 mins, I don’t see anything public that meaningfully changes the guidance on how FTAs and Head Refs will treat these situations. Still pretty disappointing, not excited to read “At the same time, just like in every other high school sport, timeouts can’t be open-ended and we need set rules about how to handle them.”

We aren’t like other high school sports, shutting the field gate will continue to teams unless there is meaningful culture shift from HQ to put the team experience front and center.

This is a pretty terrible update in my opinion that does nothing to address the actual problems we have been seeing this season.

There is right and wrong and this update does nothing to make the line clear. In almost every case, closing gates on teams and not letting them play is wrong, HQ needs to say that.

There is right and wrong and this update does nothing to make the line clear. In almost every case, closing gates on teams and not letting them play is wrong, HQ needs to say that.

The wording in this update makes e-stop protests(and replays) a valid option for getting bypassed teams on the field.

The blog post Hallry referenced did in fact come out and say that was the behavior as intended.

I’d also like to emphasize that we instruct our volunteers to follow the rules as FIRST HQ has written them. If time is up, and a referee or an FTA closes the gate on the field with a playoff team still in the pits, they are doing as instructed, whether they like it or not (and very likely, not). I ask that you direct any feedback or concern you have about this to FIRST HQ.

Seems pretty clear to me that as teams we have to choose to stop playing matches when our opponents alliance isn’t on the field.

By that blog post it appears HQ believes that being a few seconds late means you should not get to play and that is a just punishment, I can not agree with that. This update and blog post have me seriously questioning a lot of things and if I want to continue to volunteer for a program that believes this.

Though how will it be clear when the Hangar is clear? Does this say that the results will not be posted until the hangars are clear? ( which would be satisfactory I think) - asking for a team that could not assess their damage before the window closed.

This might sound disingenuous but I promise it’s a legitimate question:

Can someone explain how high school sports handle timeouts?

My assumption would be that once the timeout is over, the clock resumes counting down even if not all the players are ready, but I’d also think there are some sports where they wait for folks to be in position. If that’s the case, what happens if they’re not in position on time? What if that time escalates?

I think Frank opened up a good discussion in the blog discussing that all sports have timeout rules. Obviously we have some unique challenges dealing with machines that take time to connect, etc. but these problems are largely not unique to robots.

Though how will it be clear when the Hangar is clear? Does this say that the results will not be posted until the hangars are clear?

I read AND. Both conditions must be met. Clear hangars presumably means robots no longer being supported by them (and making their way towards an exit) and a posted score is very clear cut.

Seeing 2067 frantically try to get a robot on the field because we missed the timeout window was incredibly uninspiring.

I’m still disappointed the timeout for back to back matches needs to be called in the first two minutes after a match. I’d gladly take a shorter team timeout stacked at the end of a field timeout, when we’ve had time to assess if we’re going to need to use the coupon.

How will teams know when the clock starts?

Everyone in the venue at SBPLI #2 was confused, angry, or both. I cannot fathom how anyone could see that happen and respond with anything other than “this should never happen again”.

Can someone explain how high school sports handle timeouts?

Not a commentary at all, but here’s how it works in a couple of sports.

At most levels, the penalty for delay of game in basketball is a warning for a first offense, and and a 1 point technical foul shot for every subsequent offense. There is no limit on the amount of time taken in certain situations like an injury.

At most levels, the penalty for delay of game in football is a five yards of field position. There is no limit on the amount of time taken in certain situations like an injury, unless the injury occurs in the last 2 minutes of the game, where you’ll generally be forced to use a timeout, and if you have none a penalty will be issued, which may include a 10 second run off of the clock.

The exact details of this rules very by level and by organizing body.

you would be penalized - 5 yards in football, which would repeat every 25s (delay of game).

I don’t know what HS basketball rules are, but I assume it would be loss of possession (you have to have the ball to call a timeout, unless play is already dead).

There’s not exactly a parallel in baseball, closest would be a mound visit by the catcher or manager. I have no idea what the HS rules are, but in MLB they are limited to 30s and if you stay too long in theory some combination of pitcher, manager, or catcher could be ejected from the game, but the rules don’t stipulate the consequences.

The key thing in all other sports is that the games are long and there is no penalty that is equivalent to an insta-loss. Virtually every penalty in sports is quite mild by comparison…but that being said, there’s not really a valid reason to delay a significant amount of time, beyond injuries, (which the rules accommodate), compared to FRC where you may need an indeterminate amount of time to make a fix.

The FRC model would be sort of equivalent to if your QB committed a delay of game, instead of a 5 yard penalty, you were forced to remove him from the game permanently and not replace him and be down a player the rest of the way (if you wanted to be really accurate, you’d have to play down 4 players the rest of the game, to be the same as 1 of 3 teams not making it on the field in FRC).

Nothing about this is gracious or professional. It’s bewildering that none of the teams that had the gates closed on them, especially the folk up in Long Island, didn’t get an apology AND a partial refund on their event registration. The problem isn’t that events go too long, if never had been. The student and mentor experience is being directly attacked and the fact that they double downed on the stance that this is OK is unacceptable.