I’m currently trying to finish up a presentation for my team on a 2056 style shooter from 2012 or 2016 however I’m struggling to find any concrete details or pictures to show instead of running off a weird angle picture I find on google. If you could post anything you know that would be super useful. 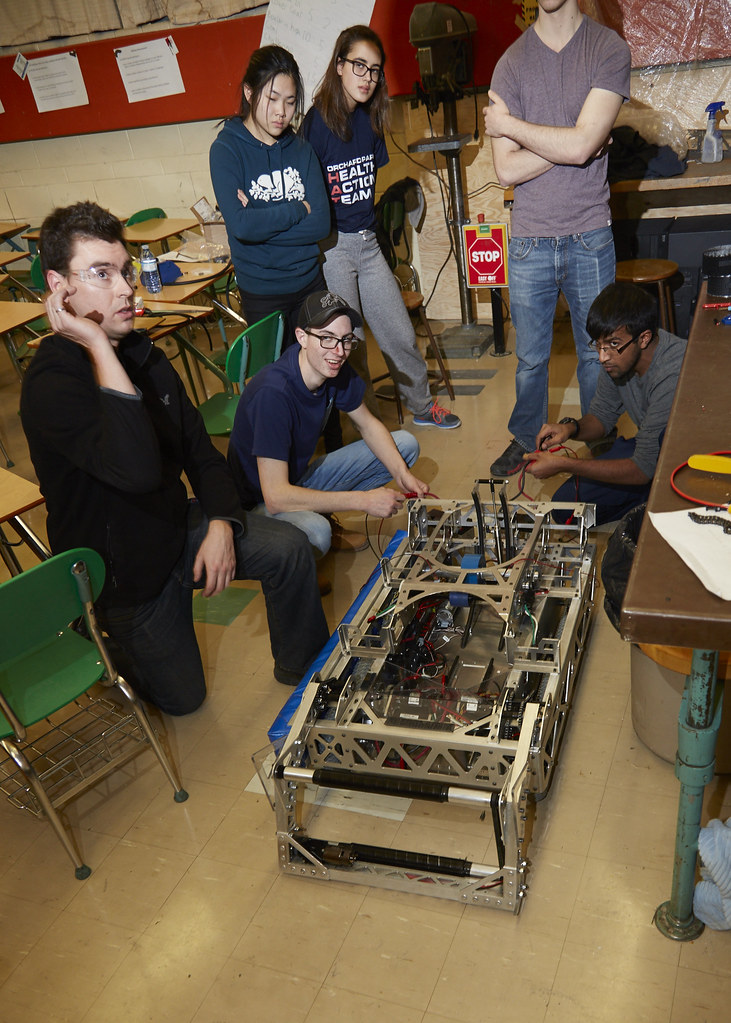 2056 and 1114 had kind of the same shooter so I’ll put this here too. http://www.simbotics.org/resources/cad

It appears that some of the CAD models won’t load. I tried to open the 2016 model in both SolidWorks 2018 and Creo 5, and neither worked.

There’s many good images on our Flickr Page. https://www.flickr.com/photos/team2056/sets/

If you have any specific questions, feel free to ask.

It appears that some of the CAD models won’t load. I tried to open the 2016 model in both SolidWorks 2018 and Creo 5, and neither worked.

Thank you so much these look like they are amazing photos!

@Holtzman Thanks for that Flickr link, I spent a while looking through those pictures and they answered a lot of my questions. Our team regularly looks to you guys and 1114 for relatively simple ways to do the difficult tasks in FRC.

I do have a question though, that I couldn’t find great pictures for. How did your shooter hood work in 2016? It looks like it was composed of two rails that came up when you took a shot. Was this just a single position hood? From what I could see, it looks like it was just actuated with one pneumatic cylinder, but you were able to take shots from right past the defenses and also in the area between the batter and the defenses.

Also, for any 1114 members or anyone familiar with their 2016 bot: how did that intake work? It looks from match video to be half-intaking the ball and folding up and then pushing the ball into the robot. Is this accurate?

Also, for any 1114 members or anyone familiar with their 2016 bot: how did that intake work? It looks from match video to be half-intaking the ball and folding up and then pushing the ball into the robot. Is this accurate?

Yup, that’s accurate. Here’s some video of the intake being tested on the practice robot, which gives you a good look at the process.

How did you guarantee that you had a good grip on the ball before you stopped the rollers? I assume the rollers aren’t constantly running at full power, otherwise the ball would pop out of the top before you flip the intake up.

The concept of this intake seems similar to what we (and the WCP MCC) did in 2019, but our version had a hard stop behind the ball so we intentionally overran the rollers. If we didn’t do this, sometimes we would put our intake up and the ball would fall out.

There were two light sensors that would detect the ball and stop the roller until the arm rotated up.

The hood had three positions. Fully retracted, mid position batter shot, and fully extended. The two extremes were simply the cylinder at full stroke. The mid position batter shot used a pair of short stroke cylinders that would engage with dogs on the hood while it extended stopping it mid stroke. We’ve found that for FRC applications, short stroke pancake cylinders can make decent stopper pins for applications like this. You wouldn’t get away with that in industry, but for the lifespan of an FRC robot, you can get away with a lot. 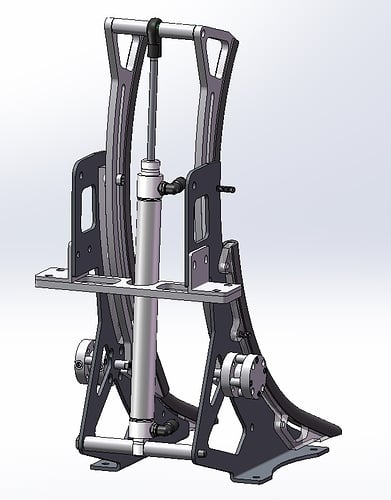 I actually just did an emi (effective mechanism investigation) on your 2016 and 2012 shooter because of the multiple position rail. With the hopes of next year being a shooter, how did you figure out the trajectory of the ball? Was it CADed or just trial and error

What was the hood sliding up and down on? Also how was the position of the hood calculated / figured out?

Did you face any play with using shoulder screws to slide to the different positions?

The hood position was estimated first in cad, built, and then revised slightly.

The hood slid up and down on some shoulder bolts riding in the machined slot. There was about 0.015" of clearance designed into the mechanism. This was enough for it to slide freely, but not have an excessive amount of slop.