Here is our scouting app: https://github.com/LakeEffectRobotics/LakeEffectScoutingApp

Our scouting app is a culmination of 3 years of work, starting in late 2016 for pre-season of Stronghold, and being updated yearly for each game. At this point, I believe our app is very stable and capable of being used by other teams if they want. I figure it’s a good time to post about it here.

This scouting app is for Android and communicates over Bluetooth. The data is temporarily saved on the client’s devices and transferred to a server android device when the server chooses to pull.

The app uses an event-based system and allows the user to specify where an action occurred and what the action was. 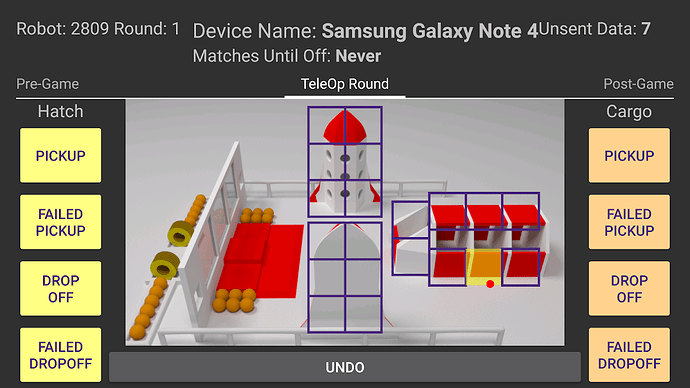 The app also has input for pre-game and post-game info such as starting position, starting objects and climbing.

The app also has build in scheduling support allowing you to input who you have available to scout and having your scouts know when they are on/off and have a robot assigned to them (to prevent mistakes copying down robot numbers or match numbers).

The app is available on the Google Play store or on GitHub as an APK file.

Because of the event-based system, cycle times and success rates can also be determined from the data.

The data is exported as CSV files into a folder called “#ScoutingData”. 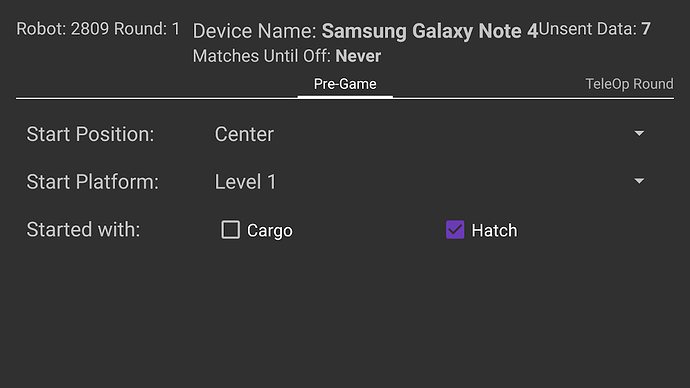 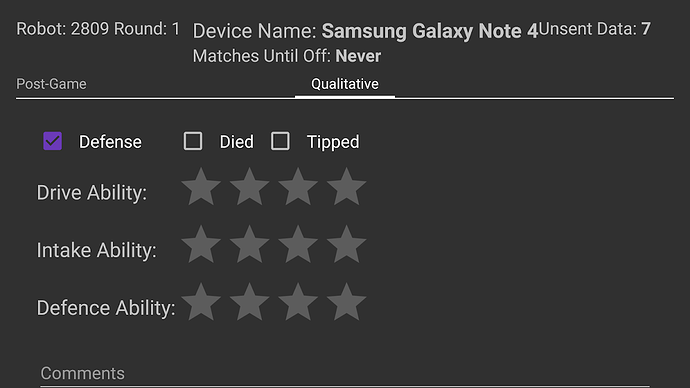 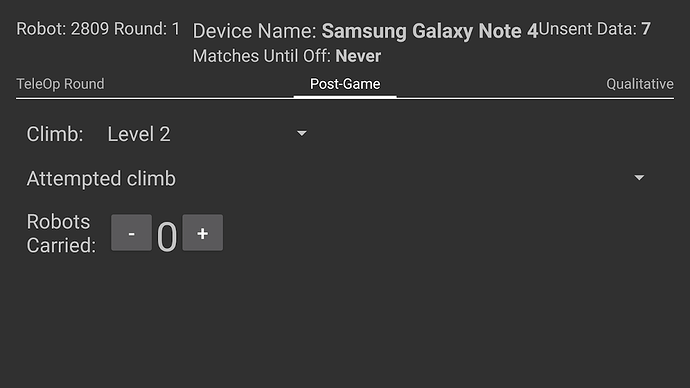 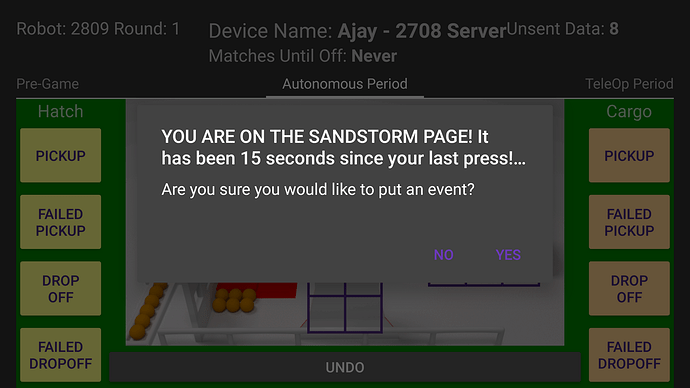 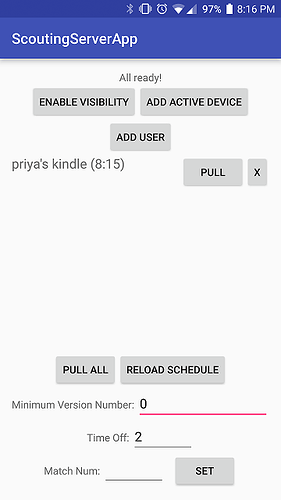 If you have any questions, feel free to ask.

Nice to see someone else doing event-based!

If your interested in mine, check it out here: 2019 Scouting Reveal Video

Hi, I’m the one who was speaking to you on discord

p.s. I like the 3d rendered graphics. Very nice and neat. Looking forward to what happens with this app!

Is this application compatible with Google Sheets? I wonder because that is where my team prefers to compile and analyze our data.

Well, the data is exported into CSV (comma separated, value) files, these files can be uploaded to Google sheets and Google will convert it with no issues.

I have started work on having the server automatically upload the data to Google sheets, sadly I have had issues with the Google Api not working correctly and was not able to finish it. I plan to continue that after our week 1 comp.

I didn’t make the 3d graphics, it was another team member, but thanks. The reason we did that is because a top down view doesn’t work that well for this year. We used a top down cad screenshot last year.

And for robot position, I personally feel that this is too hard for the scout, and not that useful. Last year, we recorded pickup locations along with dropoff locations, however, I noticed that this slowed down the scouts and made them miss stuff that happened, or record inaccurate times.

This year, we don’t get the pickup locations, only one drop off locations and when a pickup happened.

I feel collecting robot positions is not the best idea for the same reason, you have to balance the amount of data you are collecting, with the quality of data you want to collect.

Last year, we were able to get an overall position based on the pickups and dropoffs and created a nice graph, however, I don’t think that is 100% nessesary.

If you did want to track robot positions, I would suggest not scouting the actual matches, but videos of matches, and have the scout draw a line of where the robot is.