Hello there chief.
My team is currently looking into how to properly intake multiple balls without jamming and we have come across team 341 and their 2012 robot. I was wondering if anyone had more info on how they centered the balls after they were in the robot, was it all gravity or was there some sort of other system to do it. From the limited video and pictures I have seen, it looks like they just had cloth or something that brought it to one conveyor.

The intake was “full” width and included an extremely low tech (some polycarb and surgical tubing) solution to push all of the balls onto one side of the shooter tower as they were brought over the bumper. Once the balls were in the robot there was a slight ramp off to one side to push the balls into the shooter conveyor.

We experienced a ton of problems with jamming when we tried to have balls funnel in from both sides. So, the eventual solution was push all the balls to one side so they can all flow in the same direction.

There are a good amount of photos of this robot on our team’s Flickr account. Some are here, but feel free to explore other albums as the season went on. We went to a lot of competitions that year. 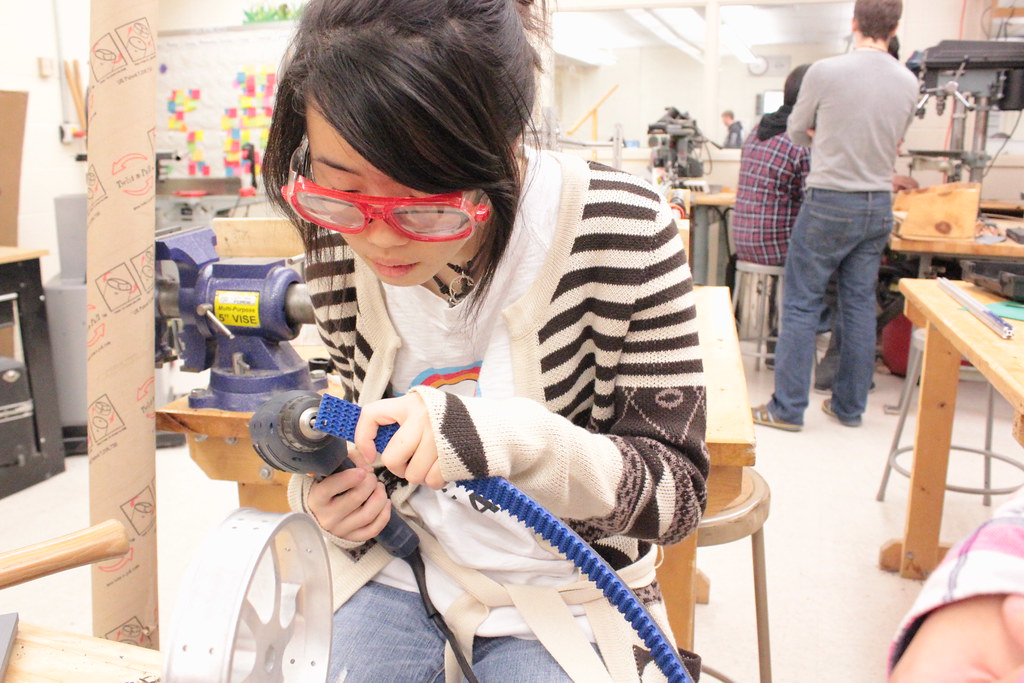