Has anyone actually used 3D printed metal parts on a robot yet? Skimming through I didn’t see any mention of it.
I know it it’s not cost effective or really needed for the type of parts we use here but I’m curious if anyone has done it.

3928 used parts printed on a Markforged Metal X (available through one of our sponsors, Danfoss) to interface with gas shocks for our climber in 2019. One of the pieces we printed allowed a gas shock to be threaded into the top and a slot underneath allowed a pin to be pushed through to actuate the button at the end of gas shock. 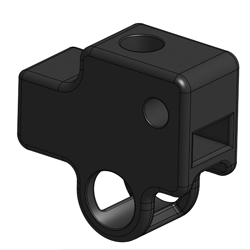 What was the reasoning behind using a metal printer, rather than a plastic printer, be it “normal” or fancy, ie. Markforged Onyx?

What kind of tolerances did you expect/receive on this part?

How did the part hold up over the season? How many times was it used and under how much stress?

This part had a lot of force going through it as part of our climber, we didn’t think a plastic part made sense for the application. Here’s a render of the assembly that might do a better job of giving more context. The part was at the bottom of the gas shock. Each gas shock was rated at ~290 lbs of force. 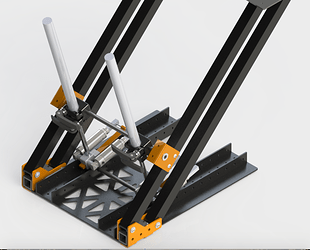 We’ve tried to find an excuse to use them a few times, but could never really justify it. $120+ Ultem parts? sure.

Though it would be a pretty easy engineering award if you could show that using metal 3DP was essential to that particular design.

I haven’t tried to get get a part on our Ti or Inconel printers at work because I know i can’t get time on them easily. I’ve been tempted to try for several years though and had some talks with the team that runs them in the past.
The cost is just too hard to justify for FRC.

On a EDUBot, yes.* 330 once tried mecanums, and started with metal wheels at that scale. This was before 3D printing really took off. The wheels were done officially to test what some of the printing machines could do. I don’t want to guess at the cost.

*I just dated myself badly. For those that are like ???, predecessor to the VEX system. 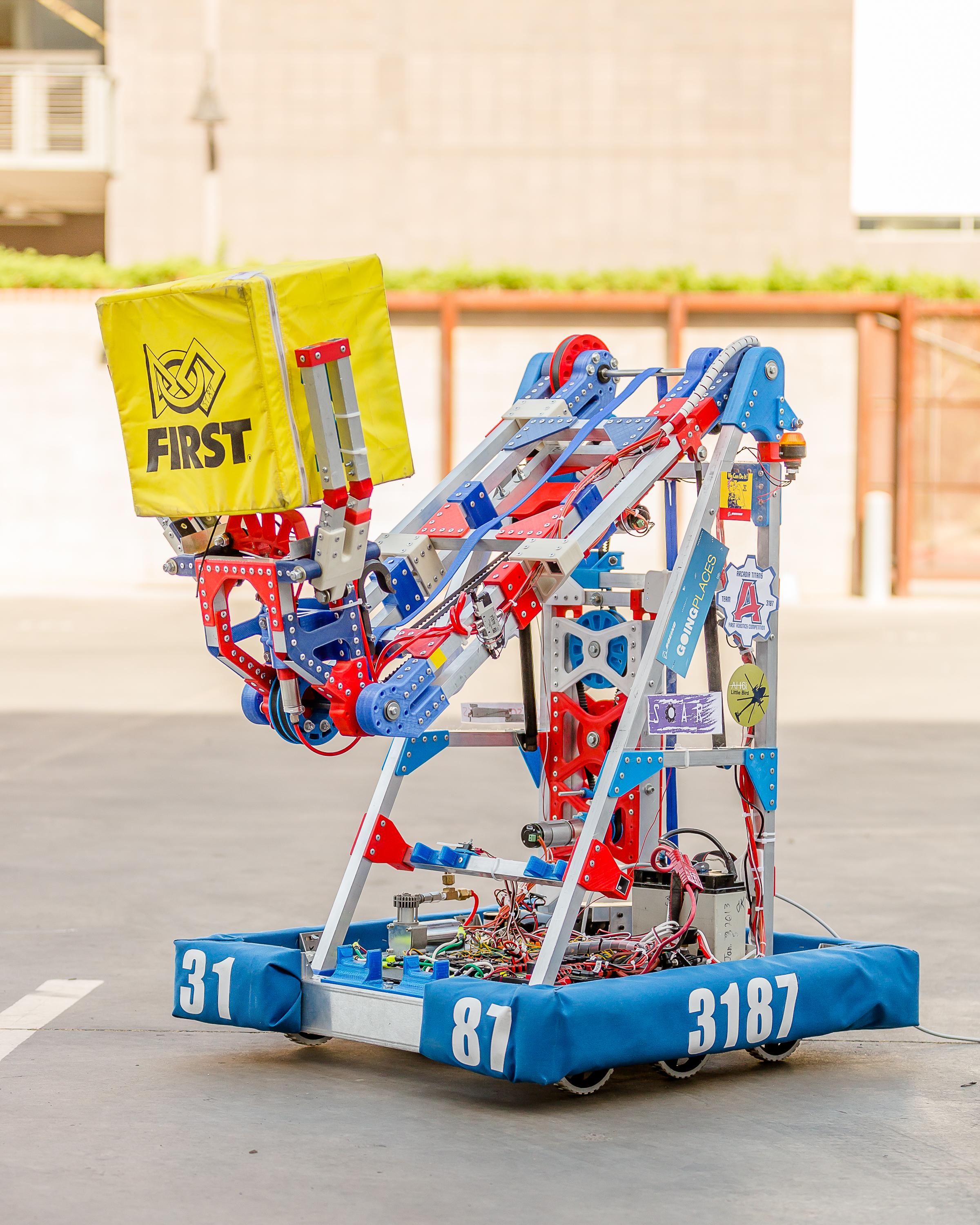 Is it bad that I love this?

What is love is that a lot of the printed parts look like they were specifically designed with printing in mind, much like how injection molded parts are designed differently. Great to see a team using printing this way instead of a “well I took a ThriftyBot gusset file and printed it instead”.

Neato burrito. Not sure if I’d ever do this, but super neat regardless.

Whats funny is that this team was at AZNorth and were the ones that got me thinking about “how far is too far?”

honestly seeing this robot work was amazing and a feat in the least, (i want to say they used one of their printers to print my team a new part for our pulley-elevator system that year)

It is absolutely beautiful indeed. I guess it really shows that you don’t necessarily need CNC to make custom designs.

What kind of part was it? If it was a pulley, I really don’t know how well it would hold up in a competition. Maybe a high-end printer like Markforged would print it well, but at least for my team, I don’t think we would risk it.

If it was a pulley, I really don’t know how well it would hold up in a competition. Maybe a high-end printer like Markforged would print it well, but at least for my team, I don’t think we would risk it.

If the loads are small enough and the printer can do pretty dense and/or solid shell, you’ll be OK with most printers. I’ve had occasion to print decent-sized pulleys for belts before. (MXL, XL, and I think L as I recall–once you start getting higher up the size range it’s better to just get an aluminum unit.)

We print most of our pulleys on 2733. You’ll likely only run into problems if you have something rubbing against the pulley causing it to melt, or if something (another robot) hits the pulley and cracks it. Probably worth running aluminum pulleys if you can afford it, but you’d (original poster, not EricH) be surprised at how well 3D printed ones hold up.

There’s a lot of stuff that 3D printing is just an awful choice for. Last year we had an elevator rope pulley that was 3D printed. It broke a lot. It was a huge pain. Printing a whole drivetrain is flat-out a bad idea. With a combination of good design for additive manufacturing, the right material (PETG, PCs, Nylons, etc), and how to slice a part for high strength, you can probably 3D print a lot more than you think you can though. 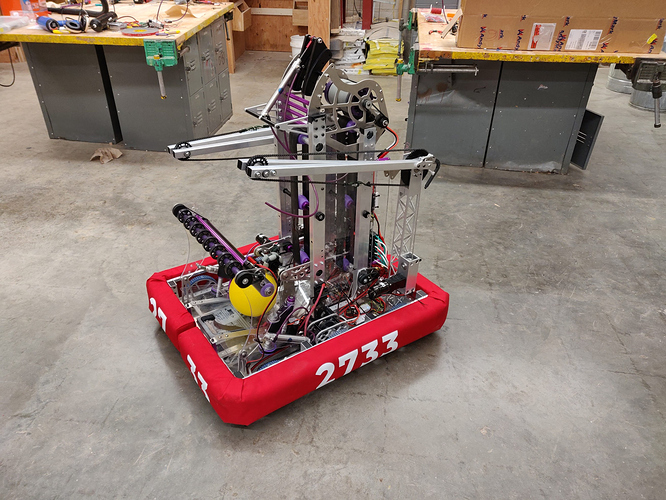 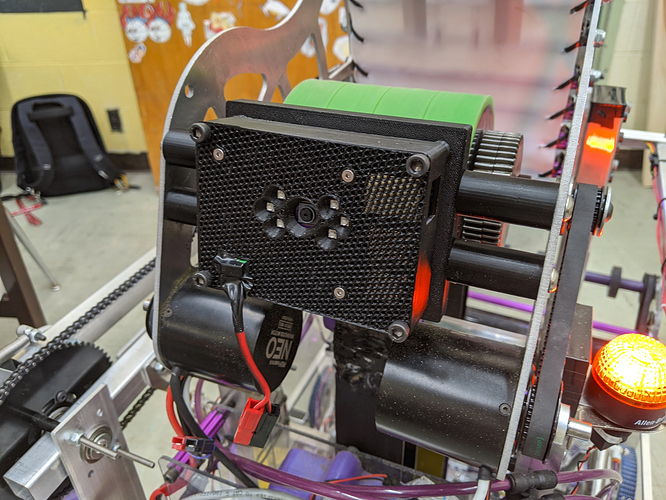 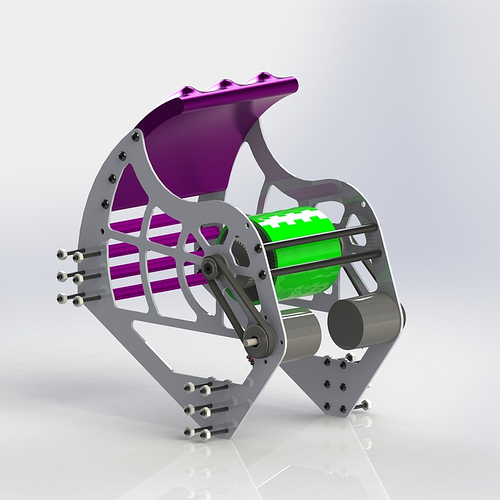 Would a gearbox cover help avoid getting debris from the field in between the gears? What is its purpose? I know 2056 printed some this year, but IMO, open gears just look amazing.

It’s supposed to help prevent dust and debris from getting into the gearbox, yeah. Also to eliminate pinch points.