Also, my personal reason for asking was to see the community doing cool stuff with expensive toys rather than to look for justification for buying a machine

I’m not from 971, but I think the parts for their 2018 shoulder and 2017 center pillar (don’t remember if if was the first or second revision) were made on a 4 or 5 axis machine at one of their sponsors’ facilities.

Regarding 971 parts (thanks for thinking of us), the parts you are probably thinking of were fabricated on 3-axis mills, but they demonstrate how creative you can get with a 3-axis mill.

2017 center column which fed balls from an indexer which wrapped around this column, up into a shooter which sat on top of this column. 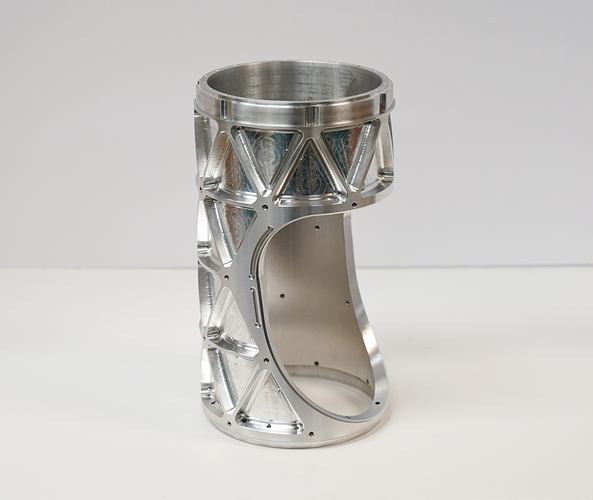 2017 - photo of the column being assembled with some other parts (provides a sense of scale): 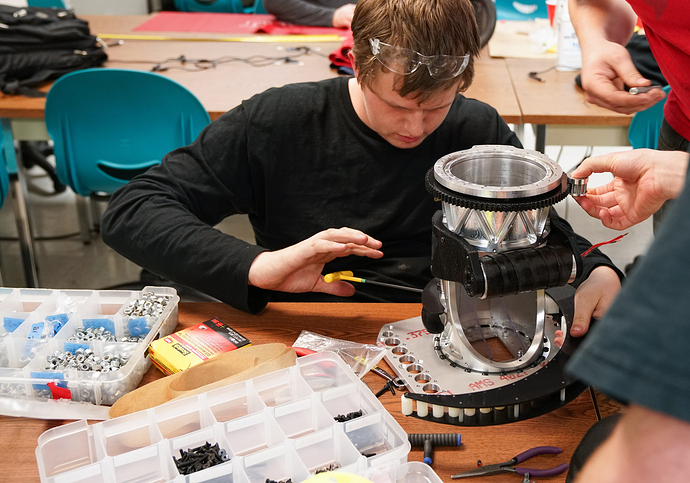 2018 - The joints after they were epoxied on to carbon fiber tubes, forming a very lightweight but rigid double-jointed arm: 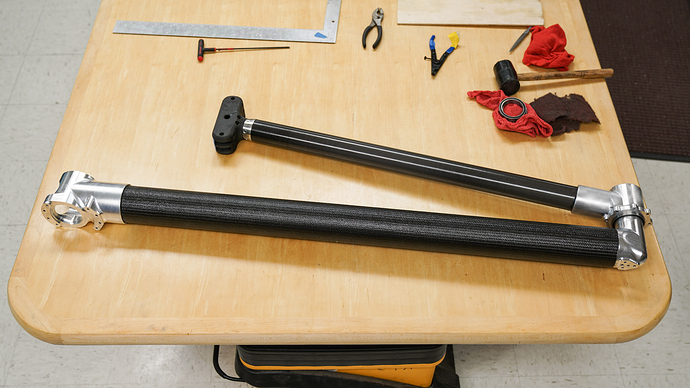 I thought the 2017 pillar was 4-axis. If it’s 3 axis I’d be interested in how the setups worked out on that!

It was Live tooling lathe with no Y-axis, so technically 3, Steve just read my email reply wrong

How did you guys design the center shooter column? I couldn’t even imagine designing something like that in onshape.

I think pocketing is doable in onshape with a tangent plane and an extrude up to face, though I’m not sure if the triangle edges actually wrap around the cylinder-- if so, I’d assume they used the 3d sketch feature in solidworks

There is a wrap feature in onshape that works very similar to the one in solidworks.

It’s a 2d sketch with a wrap feature around the tube, it was my first time using the tool so took a bit to get exactly what I wanted. (Solidworks)

Thanks for the info Aren. The parts you guys make are always super cool so I thought I might try to replicate one. The wrap tool is quite useful and is very good at making 971-looking parts.

Another quick question, when designing all those holes on the side, did you use the wrap feature as well or did you create a tangent plane and design in actual cylindrical holes. if you did use the wrap tool, did you guys just drill out the holes on the live tooling lathe or did you interpolate them to perfectly match the mis-shaped holes in the cad?

The holes were just drilled out and tapped for attachment points, trying to remember if I used a radial pattern for the holes, or just used the sketch for the cam hole pattern.

Dug up a picture of the pockets/hole cam, the Fanuc controller on the lathe didn’t have enough onboard memory, so I had to drip feed off a compact flash card, also had some issues with inverse feed rate stuff getting it to feed at the correct rate at the diameter.

Also had to switch back and forth between a collet nose and the chuck to make it work with the work envelope of the lathe, turning both bearing races in the same op was the most important part of the setup from a functional perspective 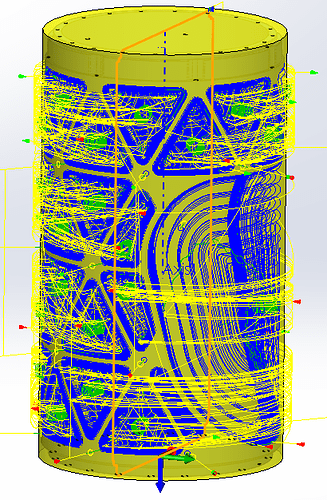 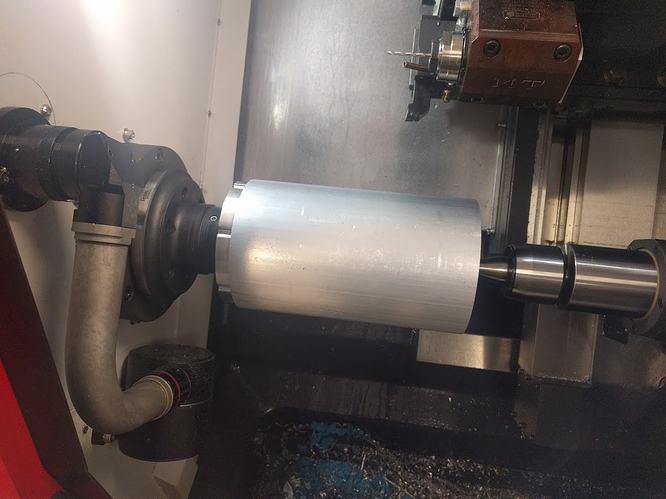 Most of my fun machining stuff nowadays is for Battlebots (@tantrum.battlebot insta plug), I’ve been getting used to using a 5th axis trunnion to enable faster setup and eliminate multiple setups, which lazy Aren very much likes.