The Robodox is an FRC & VRC student-led team, based out of Granada Hills Charter High School in Southern California. This year, we have 45 students total and 2 VEX teams, leaving 36 students involved in FRC.

We started this school year with a new lead mentor, new school administration, and a team half-full of rookies. Offseason has been an incredible learning experience for both the technical and administrative sides of our team. We successfully upgraded from an Everybot to a new swerve bot (shown at Tidal Tumble and Beach Blitz), and we strive to continuously improve while reinforcing measures for team sustainability.

We’re looking forward to a great season and sharing what we can do with this community!

(written by @cactuz, our wonderful president)

We’ve been fairly busy during this offseason. Here’s some of the projects we have been doing:

We competed in both the Tidal Tumble and Beach Blitz offseason events. We ended up building a new robot in the beginning of the school year, as a form of rookie and veteran training across all subteams. We never completely finished the bot, and there were a number of issues; however the robot offered valuable insight into ways we could perform better during the 2023 season.

The F4 CADathon results recently came in, and we placed 7th out of 34 teams. 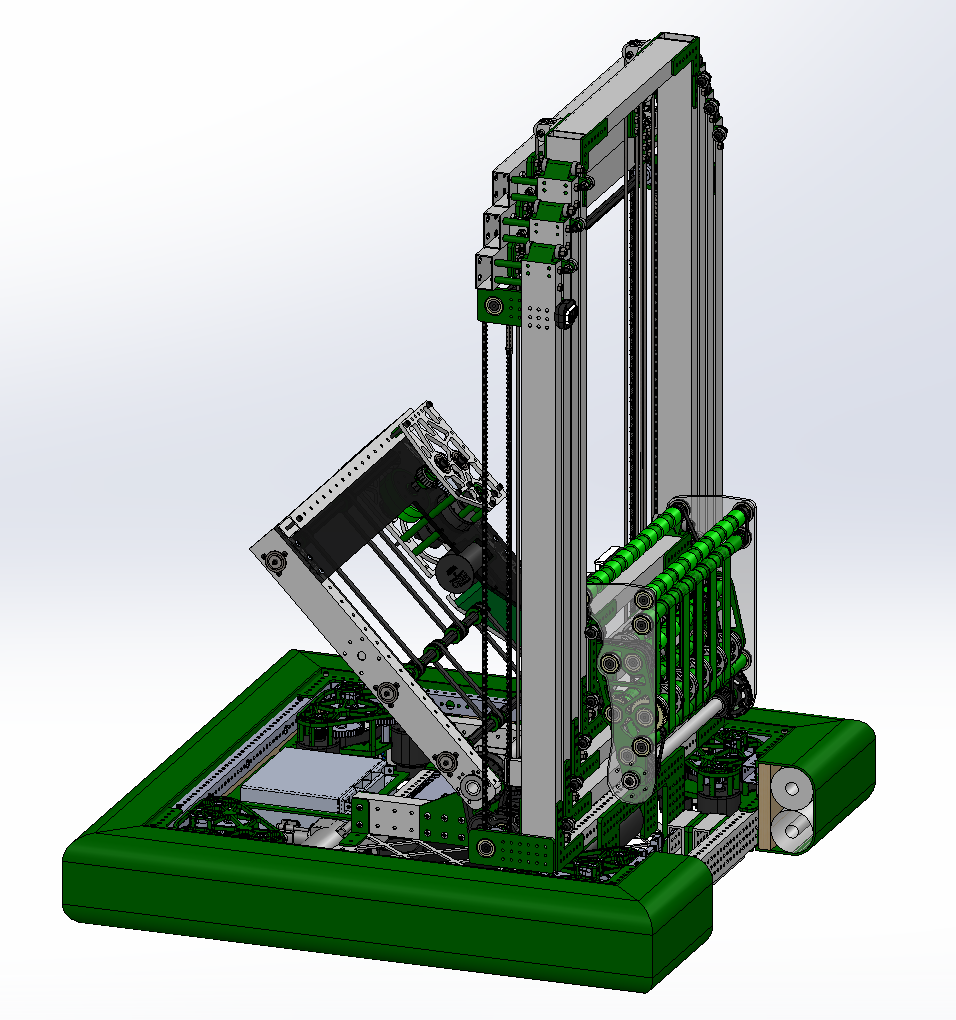 you know, i was gonna write this the day of but then i got really sick and sort of forgot haha

the The Robodox 599 kickoff featuring :: underestimating the game challenge :: bad designs :: passable designs :: not enough prototyping :: and some ctrl-c

Kickoff Weekend Schedule Kickoff Broadcast Watch the game reveal! Kickoff Broadcast Q/A and Rules Test Read all of the rules. Rules test will be announced when ready. Do not move to the next section until you have passed the rules test. Game Review...

We began to discuss what mechanisms we would use on our robot. We settled on a swerve drivetrain (with L2 mk4is).

A few designs for a manipulator and intake: And a few very terrible drawings made when I explained them during our recap meeting: 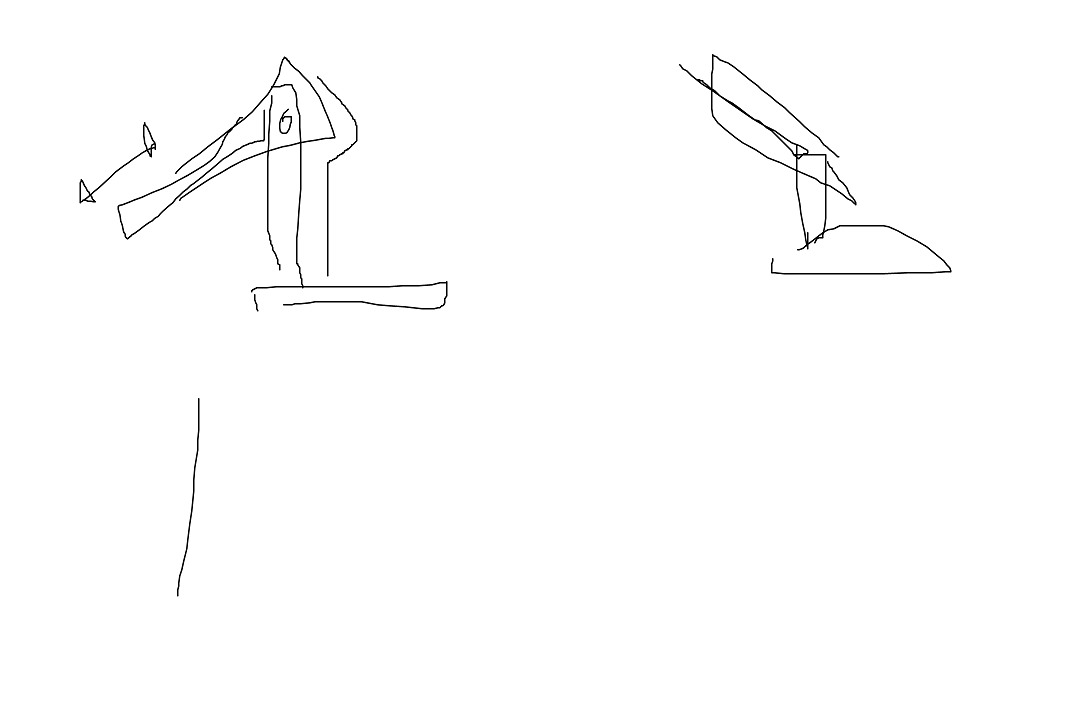 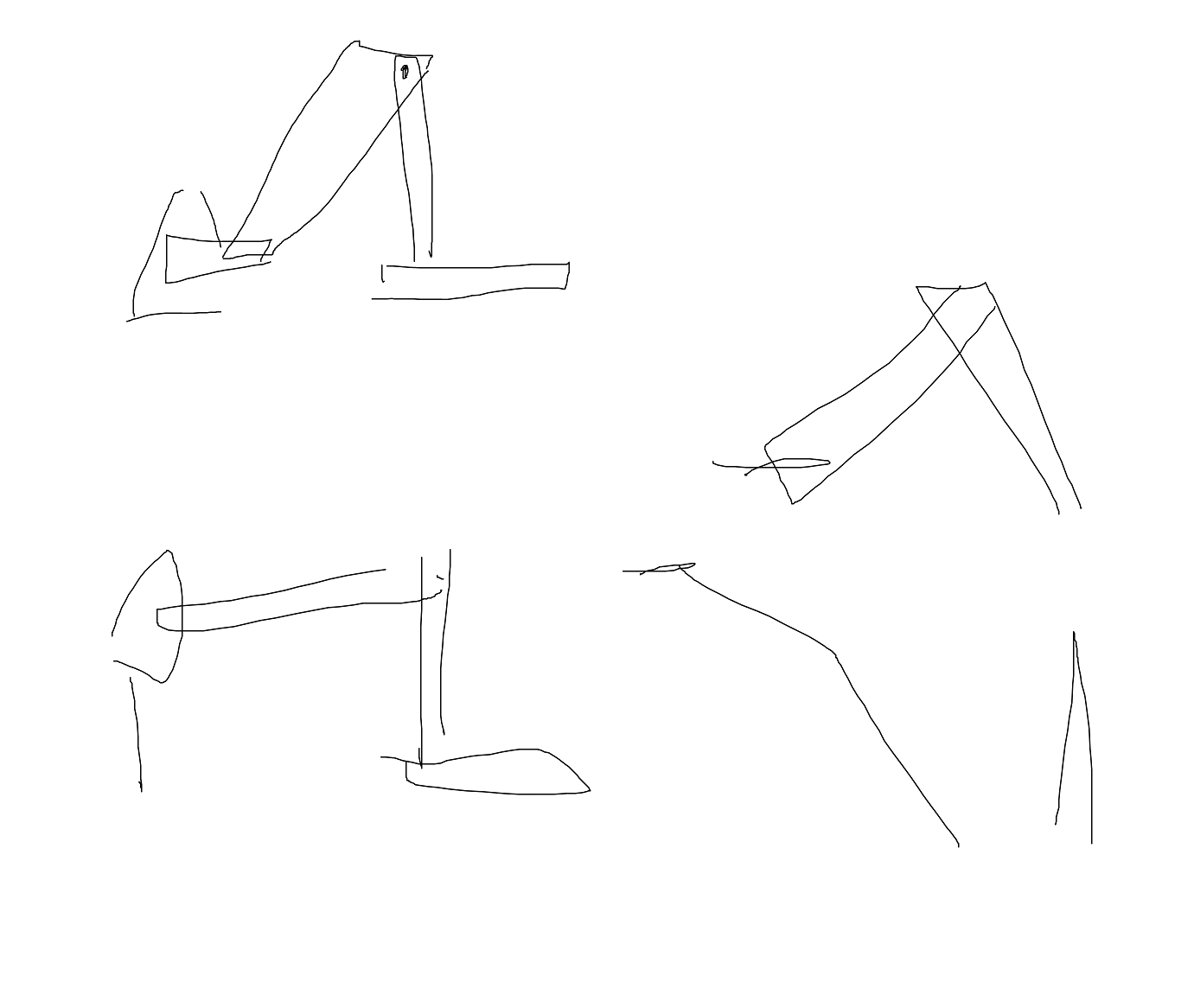 Double elevator (in name only, the second ‘elevator’ is a slider): 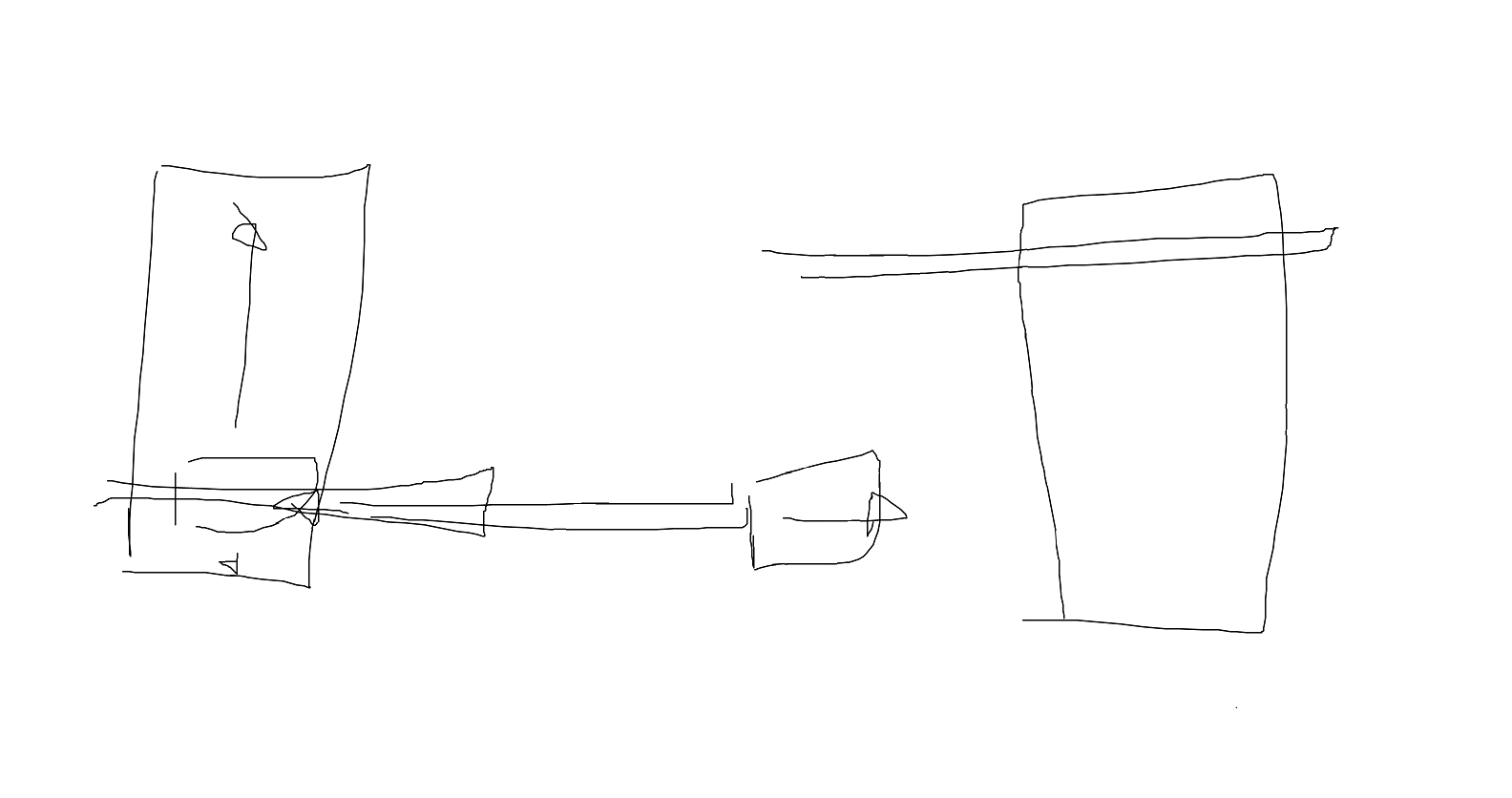 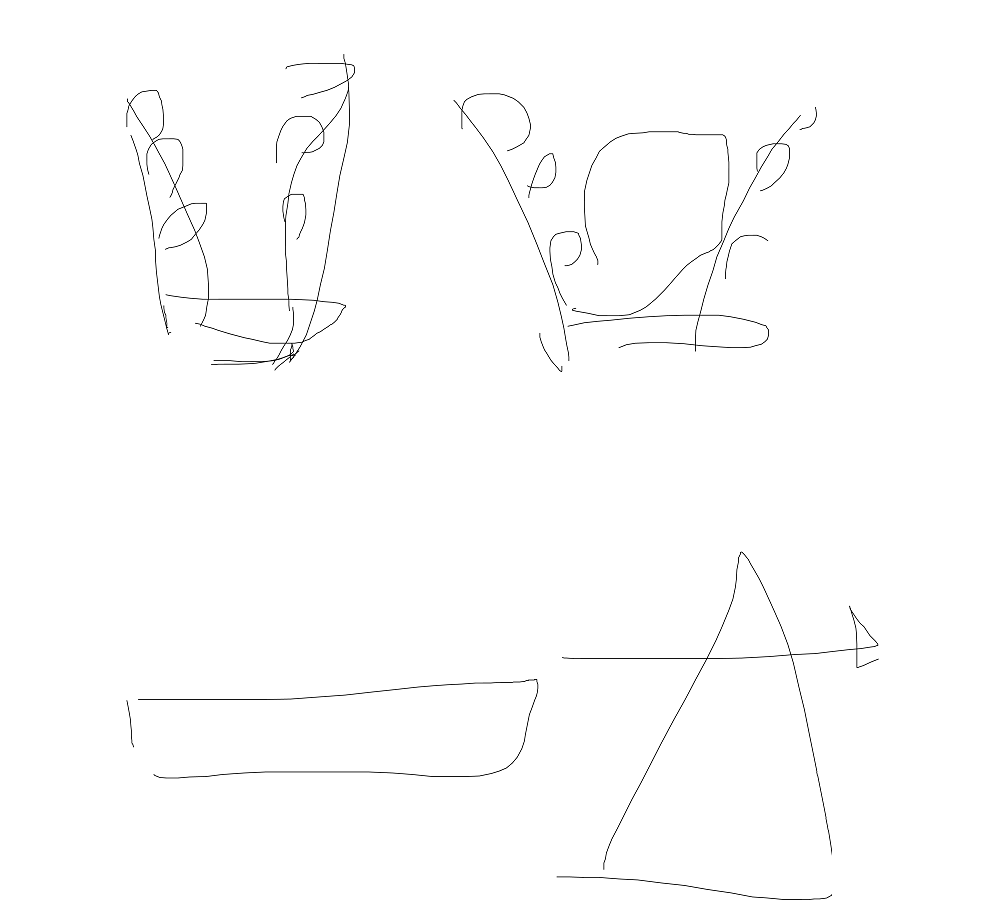 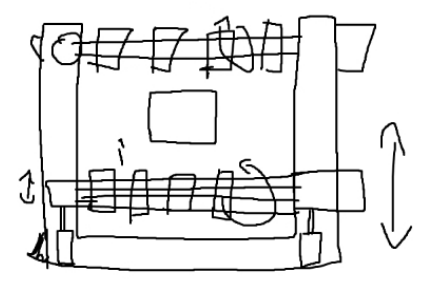 Eventually during the yknow midnight discord convos we decided that a pink arm system (eg. 294 in 2018) was worth looking into.

Our team completed some worksheets prepared by our strategy team.

We began to prototype today, among other developments. Mostly we prototyped noah’s roller thing, as the rest of our design team was still discussing options for scoring and an arm structure. After running geometry, we decided that a pink arm system didn’t leave enough space for the intake structure. We eventually settled on something like 971’s 2018 system, with two independent arms. 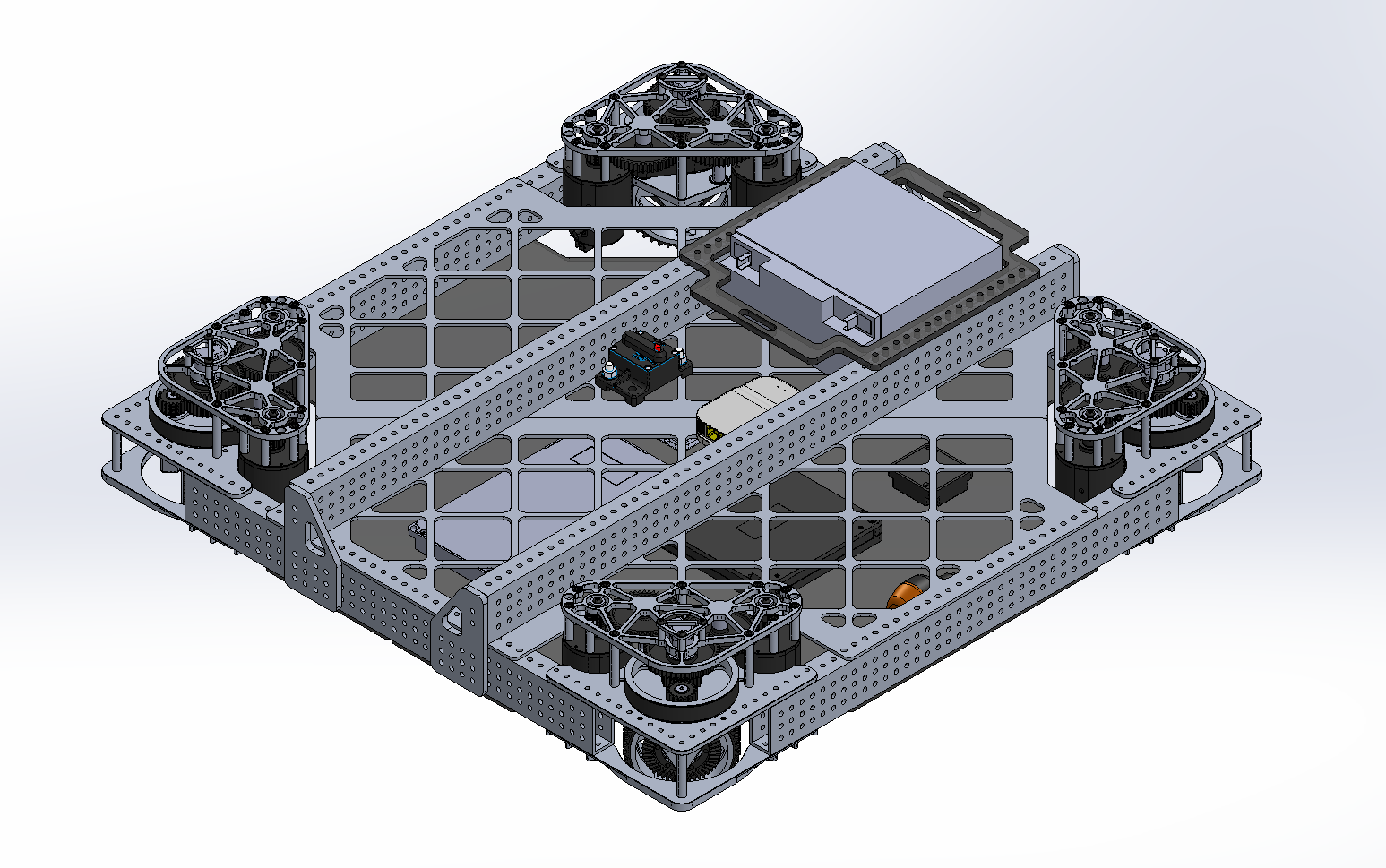 We cleaned 60 years of rust off our bridgeport mill. apparently it was supposed to be silver

We also began to fabricate game elements. We are focusing on charging station first but we’re missing some materials, including the hinges

should i have gotten this done earlier? i should have done this earlier

Cad’s been. Going. Has it been going well? …good question how about maybe

We settled on an intake design similar to most 2018 intakes, with horizontal rollers. We plan to build in some compliance by using both compliant wheels and some small gas springs.

We had a discussion on our prototyping, and decided that our way of prototyping was ineffective. We temporarily paused prototyping in order to work on CAD and create layout sketches. After finishing them, we continued to prototype and should be done next week.

We got six new MK batteries and two new chargers to support them. We are transitioning to 4 gauge wire this year, so we’ve been changing out our battery leads to 4 gauge.

Electrical have also begun to plan out the electrical layout on the belly pan.

Programming has been working on apriltag detection with photonvision. We are setting up photonvision on a beelink minipc that we got recently.

We were supposed to be done this week. We, uh, aren’t, but we’re “done enough” that mechanical can have our parts. By “done enough” I mean “we have a cad release with a .step and main assembly” and “if it were made now i can pretend it works”.

GrabCAD workbench link (should be the same, should also include a .step file):

We began assembly of the chassis, and fabrication of sponsor panels.

In E&P, we were able to figure out a general layout of the belly pan that is able to contain both pneumatics and electronics. Many of the challenges we faced in planning the board came from the large number of components we needed to be on there like the Beelink or the CANdle, in which we were also able to figure out how to have cool LEDs working. In addition, we continue to work with our batteries to ensure that they are ready for competitions and analyze them through the use of Andymark’s Computerized Battery Analyzer.

During the offseason we managed to get working swerve code that can easily be translated to this year’s robot. So going into this season the main priority was figuring out how to optimally utilize swerve during autonomous periods. We began looking into pathplanner as one of our best options as unlike pathweaver, the 3rd party stuff is more suitable for holonomic drive and decoupled headings. By Wednesday we were able to get output from our drive motors that sorta matched what the trajectories we were creating. However, as we moved onto the ground we realized that our current code kept swaying to a side when we imputed a straight line for a path or could not rotate while moving. After a couple days of banging our heads against the computer we created a chief delphi posted to hopefully get some advice on where our code could be going wrong. The creator of pathplanner himself actually replied and provided some extremely helpful advice.

One problem that now seems painfully obvious in retrospect is that we created wpilib’s HolonomicSwerveController in the execute part of the command instead of the initialize. This meant that on every iteration of the command it created a new object instead of reading from the old one. Sorta insane how we missed that. Another piece of advice that we hope to start testing with on Monday is using pathplanner’s own swerve controller. Hopefully this could provide a more accurate translation of the trajectory states that are produced in pathplanner.

The end goal is to use this to reliably run 4-6 key autonomous routines that can make us extremely competitive during matches. Most of them will likely be run through top of the charging station as crossing the wire cables could mess up our odometry, although hopefully our plan to implement apriltag vision into our poseEstimator could help alleviate this potential issue.

We are still early in development for developing the code in our arm subsystem. From the amazing help of our mentors we have been able to learn a solid foundation of inverse kinematics that we hope to apply to the design of our code to make arm movement as seamless as possible. We plan to create a simulation of the arm movements to predict the PID values that are needed for the arm. The idea was explained to us by our amazing mentor Mr.Siegert.

(written by me, Chanon, William, Diego)