6328 just knocked a ball off it’s staging point, then intook it and shot it during auto. That was super cool.

Edit: there’s to many names for the cool autos so ignore me. Changed title.

Software Update #8: One Fish, Two Fish, Red Cargo, Blue Cargo Here’s a quick update with some of our final changes before heading to Houston! During our last event, we noticed that this happened a few times: [Opponent Shot] After extensive analysis, the strategy team has concluded that this sort of behavior is apparently “bad.” To prevent this from happening in the future, we added a color sensor along the ball path, connected via a Raspberry Pi Pico using this library. [Color Sensor] We f…

Not only did they run it, but it decided the match. They won by 4.

You’re literally at the championship. Get off CD and enjoy the event.

I was looking at match 8. Whoops

They also did a hoarding auto where they shot one + their preloaded and intook two of the other color and dropped them off by the hub to be hidden from driver view!

Very cool to see these autos at Einstein

Heck yeah. Also maybe a video of someone eating a shoe?

Maybe Judges should wait for validation before they select Autonomous Award winners? This is very clearly the auton play of the year. 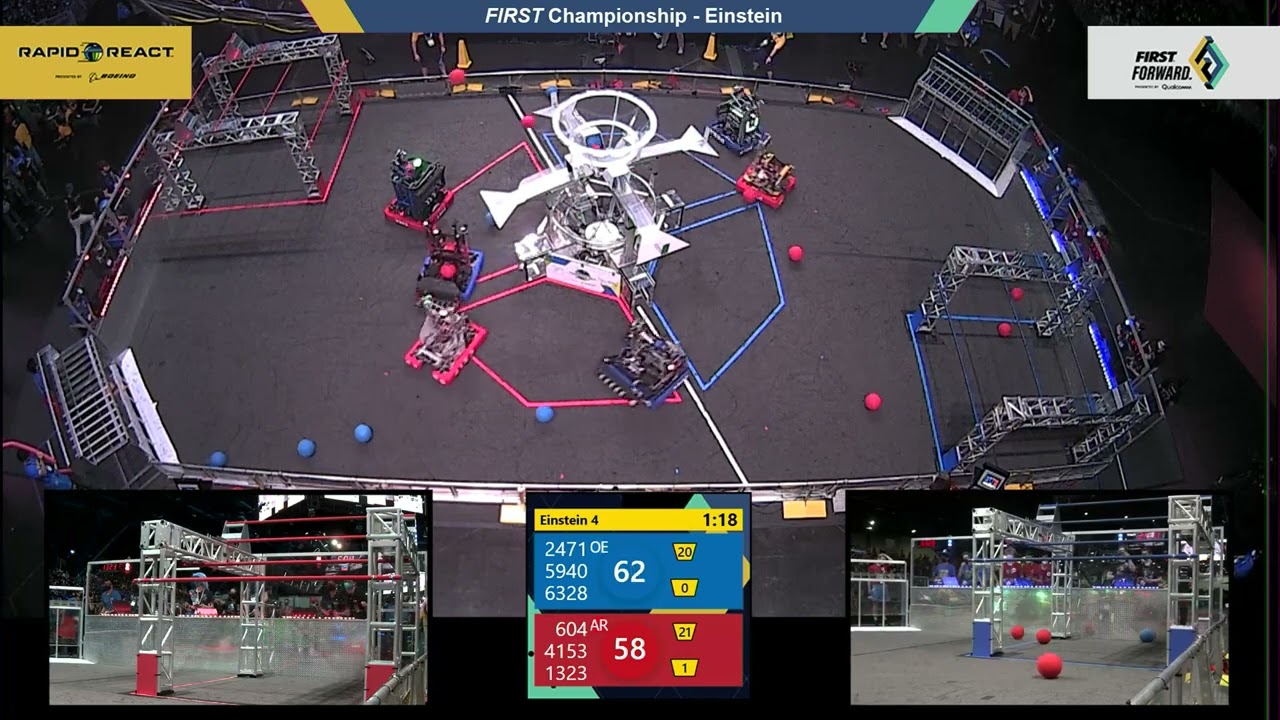 I think 5460 hid the opposing cargo behind the Hub in MSC finals. I just wish I thought of that.

1619 was hiding one at the end of auto behind the hub at Einstein Finals. Seems like it worked out for them

We had some fun with autos this season. Here’s the auto you mentioned. we also had another auto we dubbed the 7 ball which was a 5 ball that moved the 2 opposing balls into the hanger. Here’s the video of that. we found it difficult to run because of alliance partners and them colliding with our path when leaving the tarmac. But we planned on using it in elims and never ended doing so.

we did that in a couple of our quals in hopper

3128 did the same at Hopper. We asked them to not use it before their 3rd match which was with us. They helped us win a very tough match.

For strategic reasons so the other alliance wouldn’t counter it?

So as not to reveal its existence before that match. We talk with many of our alliance members well before our matches together about strategy issues.

We asked them to not use it before their 3rd match which was with us.

Why would you ask that of them?