I’ve been asked quite a bit about close-up climber shots and other goodies like gear ratios, etc. so here’s the info thread!

First off, please treat yourself to this fail reel I made an hour ago (showcases only a small proportion of our fails: https://vimeo.com/713545293 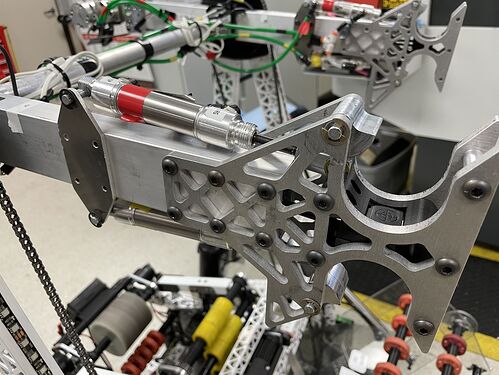 IMG_58304032×3024 1.58 MB
Here is a simple side shot demonstrating the double-hand latching mechanism. There are inductive sensors in each pocket for bar detection, and yellow cylinders (on the bottom) are regulated, while red cylinders are full PSI (for the low bar). 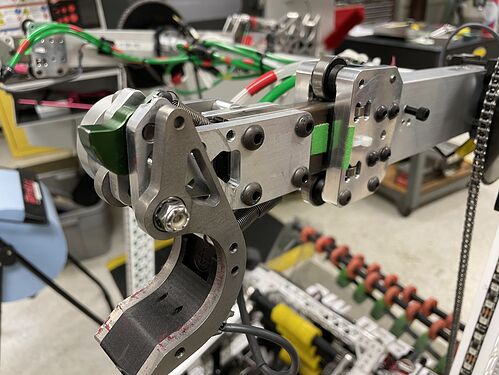 IMG_58314032×3024 1.2 MB
This single-hand hook shot shows the hook in the “released” state after we’ve latched onto the traverse bar with the other side of the climber and are ready to release from the high bar. You’ll also notice the linear slide mechanism (capable of ±0.7") that was our solution to the terrible climbing experience at Ventura. 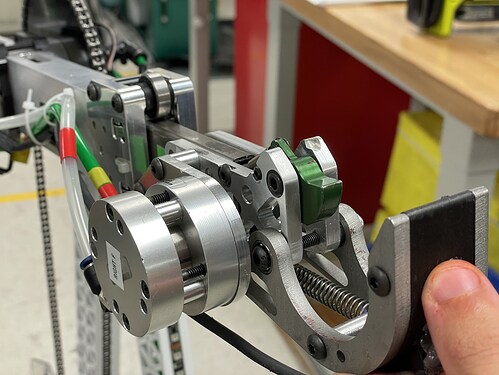 IMG_58324032×3024 1.53 MB
This shot, from the other side, shows the single hand hook in a “staged” position, which reflects the match start position. The pancake on the left is nominally extended and retracts to let the hook release. There are also inductive sensors in each of the single-hand hooks, similar to the double-hand side. 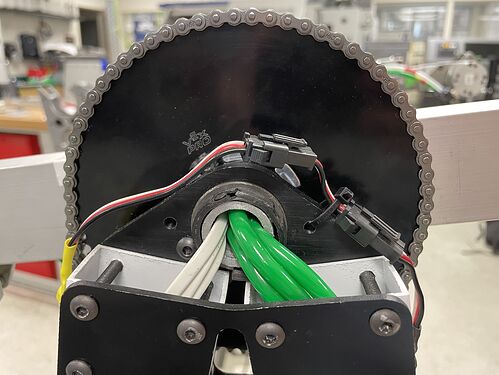 IMG_58344032×3024 1.53 MB
This shot here shows the 72T sprocket along with the required sensor and pneumatic routing for the torque arm to operate. The three phone cables on the left carry sensor data to the RIO, while the pneumatic tubing on the right actuates both double hand latches and the single-hand release cylinder. The 3-pin wire running across the top is just for LED’s and pazazz. 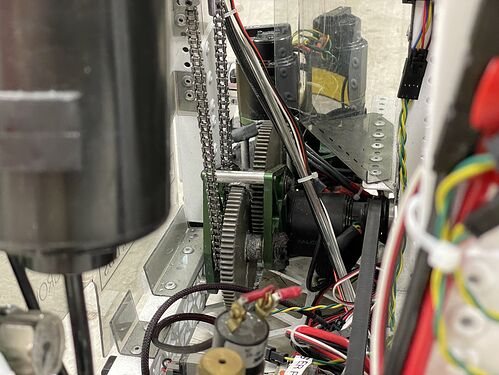 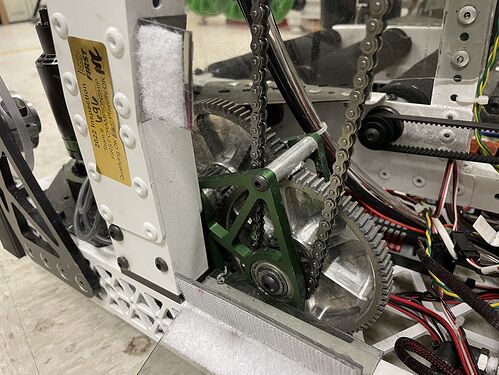 IMG_58364032×3024 1.88 MB
A more interesting side shot of the gearbox showing our home-pocketed gears. I highly recommend pocketing large gears like this, we saved a significant amount of weight. Fixturing was as simple as bolting the gear down with a 1/2-13 bolt and running the pocketing program with a 1/2" flat endmill 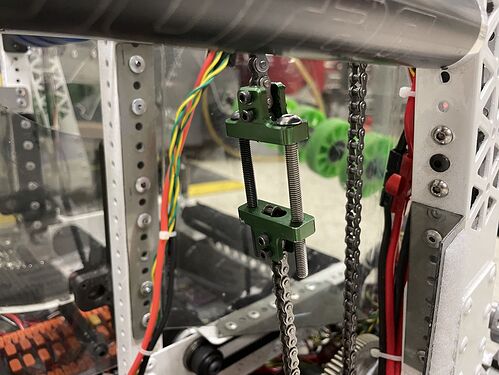 When pocketing your gears, did you use anything to prevent the gears from rotating when fixtured? From what I understand, you only used a 1/2-13 bolt to clamp the gear down, was the clamping force enough to keep the gear from rotating?

Very cool!!!
When that thing worked, it was insanely fast.
Really impressive build and capabilities!!

Yep, and some good hours at the gym did the trick. Held it down like a charm.