This Robo Remedy’s CAD Release for the 2018 Season and 2019 Preseason. 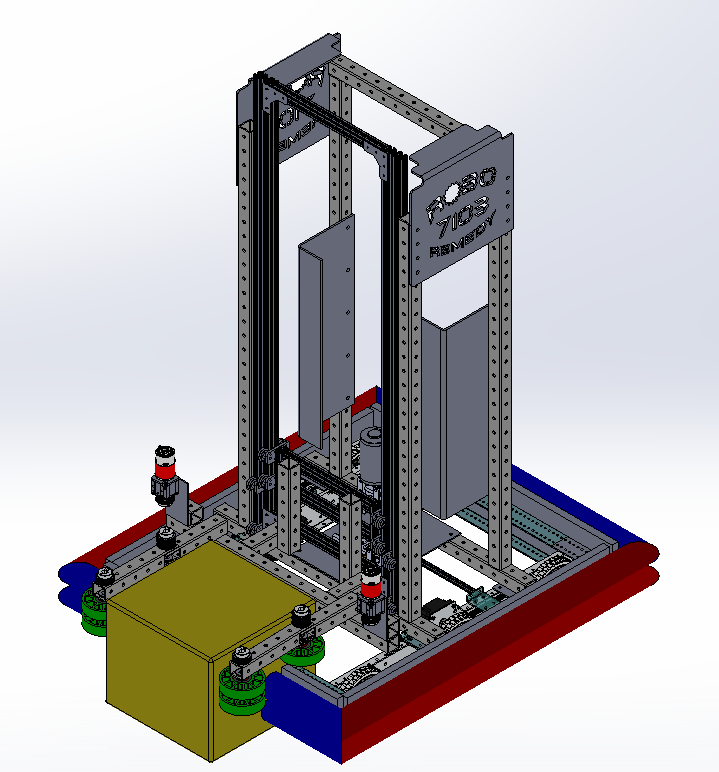 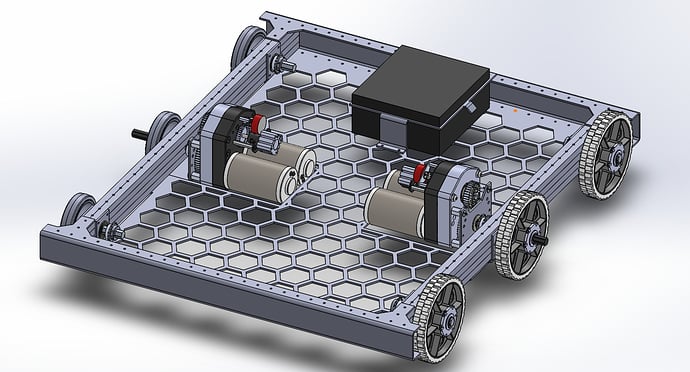 Both of these models were made primarily by myself and our student lead. As far as the WCD, neither of us have any prior experience designing a custom drivetrain, so any feedback would be greatly appreciated.

It looks good for a first go! I couple things that I see in GrabCAD for the 2019 WCD (things can be messed up in GrabCAD that are totally different in the main assembly so if that is that case with any of these, bravo!).

These are a few that I noticed, if you have any other questions don’t be afraid to PM me or ask questions.

Thanks!
As far as specific replies

Also, spacers will be used on the shaft in some obvious areas, but were not drawn.

I’m glad to see that where you saw issues isn’t where my initial concerns were! I was mainly concerned with if our sheet metal bearing holders and gearbox mounting would be able to support the load seen in a drivetrain. Also, I got a look at the 16 tooth sprockets when they arrived the other day, and they are a lot smaller than I envisioned, which also led me to question the integrity of the design.