First lets get the prerequisite CAD release, here you can find any CAD you would ever want (or don’t want) https://grabcad.com/delr1n-1/models

Now that we have that out of the way.

Welcome to day 0 of team 997s 2020 build log, here you will be able to find all of our strategy, prototyping, design, programming and manufacturing. Though we are not part of #openalliance we hope to achieve the same goal of helping others where we can.

Day 0
We have a preliminary drivetrain designed, just a simple 6 wheel west coast with 4 falcons the link can be found here. https://grabcad.com/library/4-falcon-west-coast-drivetrain-1
Of course we will have to make changes to the size and maybe gearing but its a start. 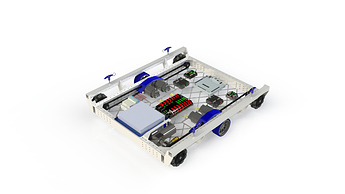 Here is our Github repository for 2020:

(I thought I would have more time to do this.)

On day one we picked our primary strategic goals, these consisted of climbing and shooting into the high goal

Day 3 we started our prototypes. 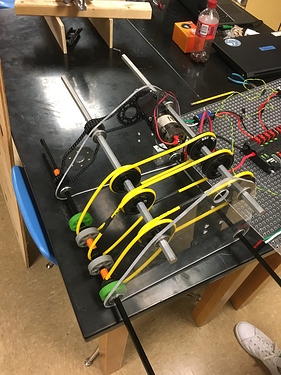 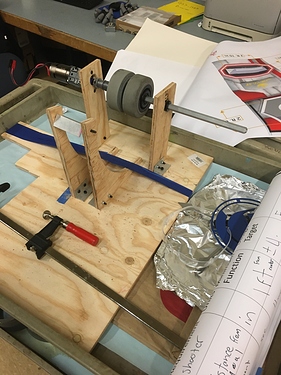 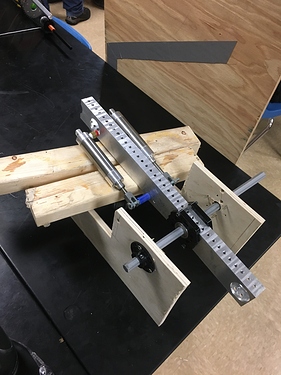 We also started work on modifying the drive train for 8x5in wheels(hoping to start manufacturing on Wednesday).

Today we continued the drive train modifications and are on track to finish the drive train CAD tomorrow. A second more adjustable catapult prototype was made and a more rigid hooded shooter was made(I don’t have pictures). There was also talk of a spring powered telescopic lift as a delivery mechanism for the hook.
. 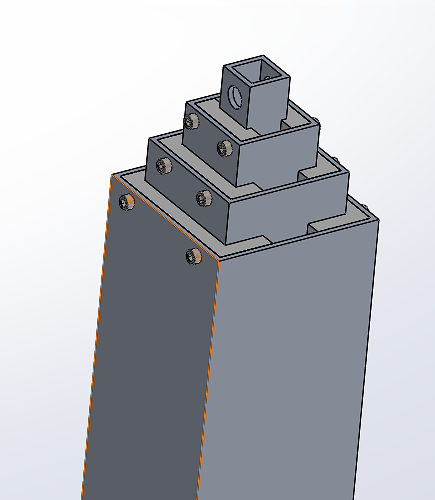 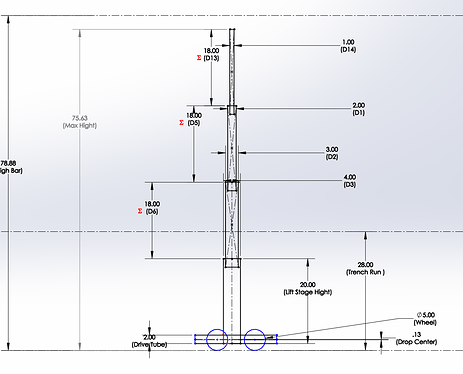 On day four prototyping was continued, both shooter prototypes made their first shots.

The drivetrain was finalized on day five. 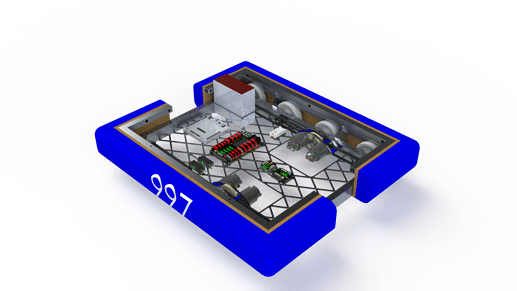 A prototype telescopic lift that was able to support most of the weight of a robot was prototyped. 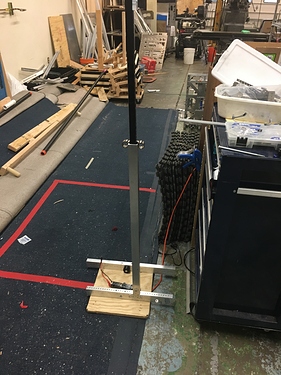 Day seven started with a prototype review, this resulted in us deciding against a rotary hopper in favor of a linear belted feeder. The intake was also started and it was decided that we wanted to push it out the front of our robot linearly instead of the traditional drop down style, this decision was mainly made to conserve space for the feeder system and climber.
Drivetrain production also continued with the frame being started as well as the gussets.

On day eight we decided to pursue the telescopic lift as a climber and design work started on it. Prototyping work started on a new hooded shooter with an integrated belt path to test feeding variables.

Day 10 came with a host of surprises, first was the arrival of our falcons that we almost immediately put on our practice robot from 2019. The second surprise was the completion of all of our driverails a whole 2 days early. The last was the (almost) completion of the intake CAD 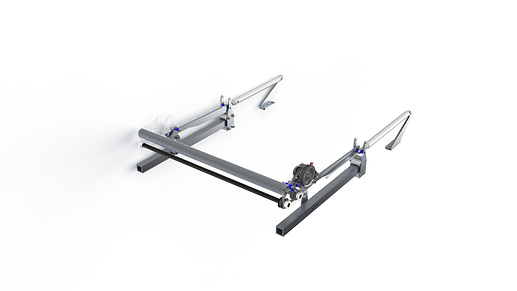 Today we reviewed block CADs that some of the design members made, from these we decided that we wanted to pivot our feeder and shooter hood so we could make it under the trench run, give us theoretically second shooter position one for up against the wall and one from the line, and it reduces complexity in the climber and ball feeder. We also completed our practice robots frame and sent it out for welding. 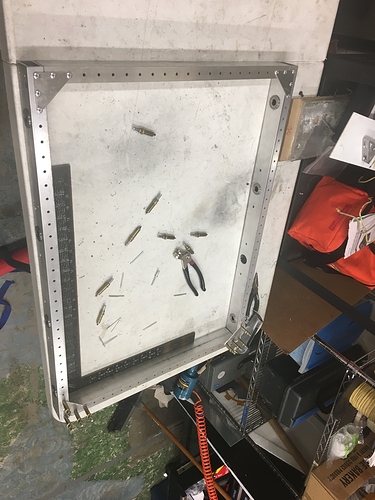 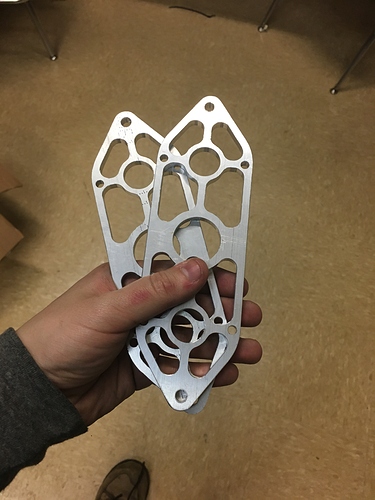 Wow the days have flown by!

We got our practice frame back from welding. 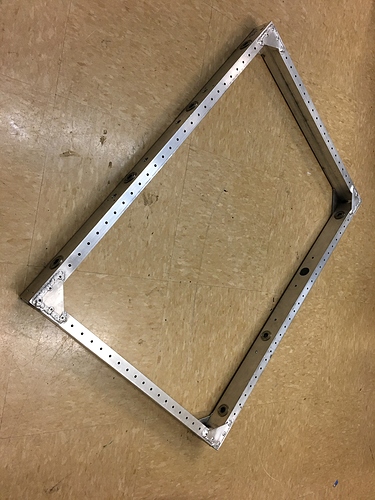 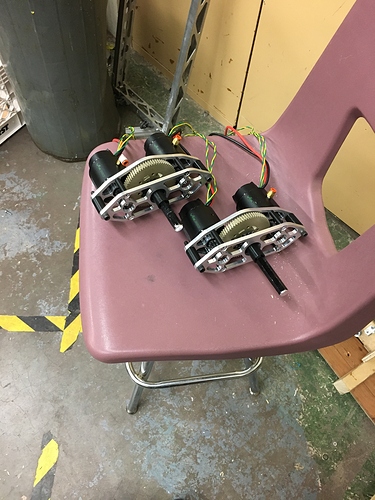 We decided to scrap the pivoting climber and ball path idea, added to much complexity. And we got our practice frame driving. 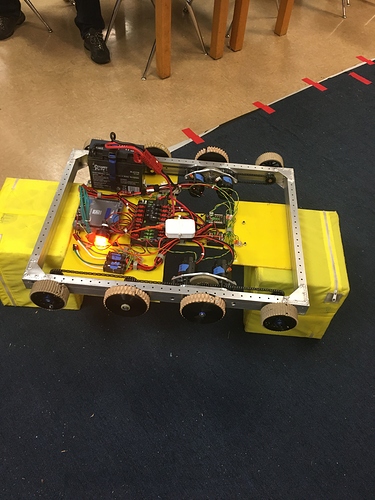 Most of this time was used to refine our shooter and feeder prototype, refine some more of the CAD and test code on the practice bot. 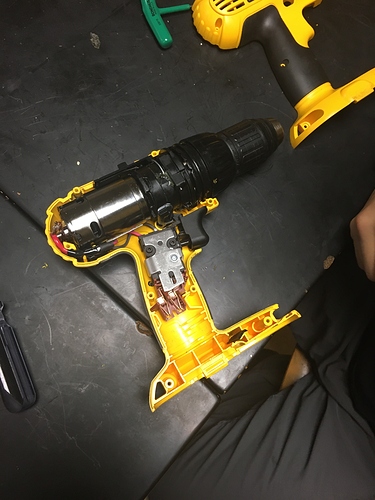 This was a very productive day for design with the shooter, feeder, climber and hook all almost at completion. 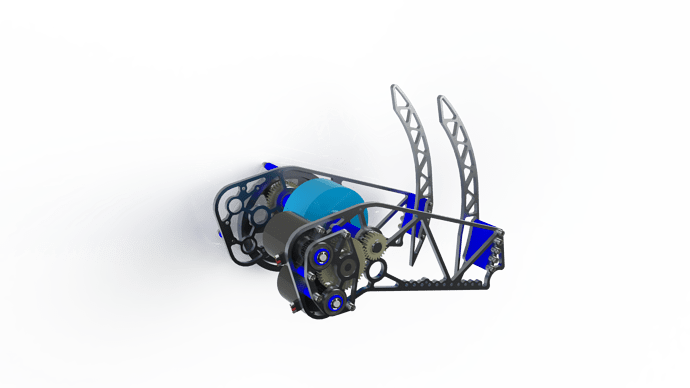 Shooter Render2560×1440 2.86 MB
On top of all the design productivity we finally sent out our competition robots frame for welding. 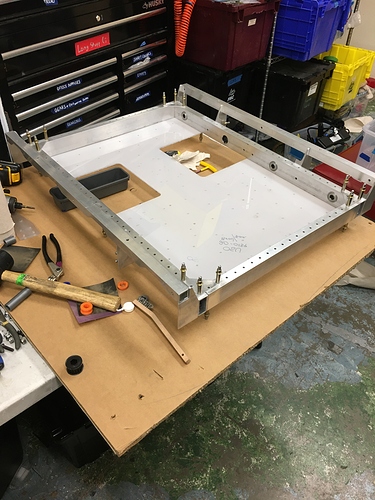 This is the most useful and timely thread on CD this season, for my team at least. Thanks so much for all the inspiration and validation.

Those CAD models are gorgeous.

Got a question, what’s the material of your chassis bellypan? Looks like Lexan to me but I’m curious to know if it’s something else.

We were originally going to make it out of .1in aluminum but instead decided to go with .125in poly carbonate.

I’m assuming your being sarcastic and I’m sorry I haven’t updated this thread more, again I thought I would have more time during this season and I don’t have as many insights as some of the other teams that are part of open alliance, we don’t have as many resources as teams like 3847 or 4481 but we have more than most so I wanted to put those resources to helping other teams in at least some form, either with our code resources or our CAD or our designs them self. Even if somebody was simply slightly inspired by any of the things in this thread I would call it a success(even if it was something as stupid as a 775Pro powered drill). I’m sorry if this thread looks like me reaching for validation or just to flex that’s not my intent, if its unhelpful tell me what would be more helpful and I will do my best to satisfy.

TLDR: I’m sorry its unhelpful tell me how I can make it more useful.

I don’t think he was being sarcastic. You are doing a great job, keep up the great work!

If he wasn’t I’m sorry for the over reaction, I’m just a little self conscious about how little I have posted in this thread.

I’m certain he’s being sincere, and I agree with his thoughts. Though other blogs might be more extensive, for some teams, they can be pretty discouraging. Thanks for the concise summary of your teams progress!

Im really confused by your intake render. How are those linkages supposed to work together?

The intake basically just slides on a cam slider that when the pistons push out and the intake has gone over the bumpers pulls the intake down so the wheels are about 3/8 under the top plane of the bumpers.
Edit: I will make a more up to date render and post it soon.

Here is an updated render. 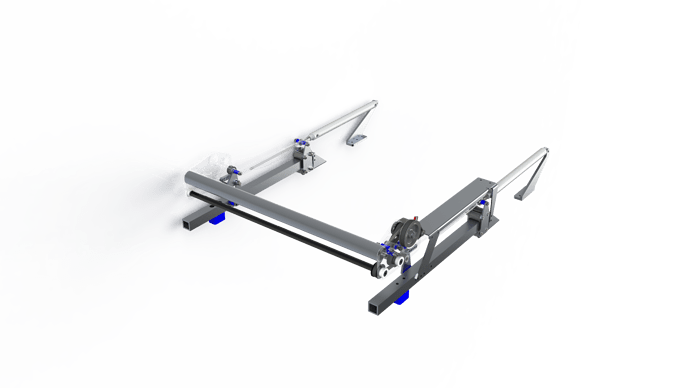 is it possible to get a close up of just the linkage hidden behind the intake rollers?

Hey, I want you to know that I’m serious. What y’all have done is exactly what my team envisioned in many ways. This thread has provided me with inspiration and validation of ideas we have pursued. The pictures of your cf climber are almost exactly what we are doing, only better. So thank you really, really.