I noticed that there were was some discussion about bumper mounting and some new products released.

McMaster-Carr is the complete source for your plant with over 595,000 products. 98% of products ordered ship from stock and deliver same or next day. 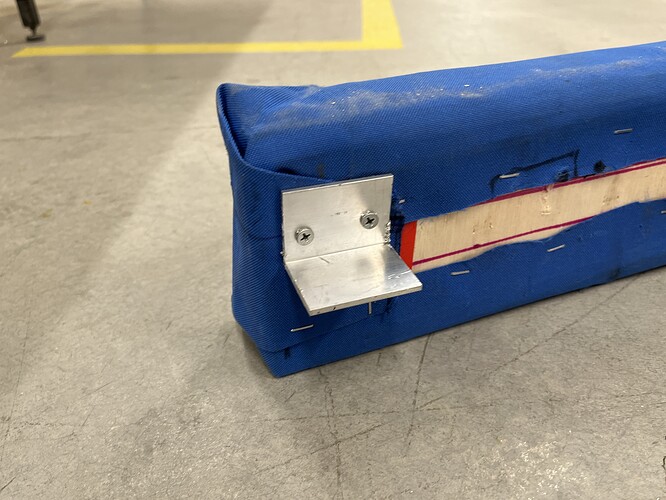 Bumpers just have this L bracket, no holes or any precision alignment

Clamps hold the bumper in place, super easy to unclamp and clamp

Credit to 2046 for the bumper mounting solution.

Do you have any video examples of these bumpers being stress tested/do you have match videos of this system being used? Would love to know how durable/consistently they hold.

Looks super simple, could solve a lot of headaches!

Your first photo made me think this was a shippost. Mirroring what Aidan said, I’m definitely interested in learning more about this securing method.

All of 2046’s matches use these clamps, and we’ll do some more testing with stress testing ourselves and post it. We will be competing at girls generation with our bumpers this weekend so we’ll document our experiences on our OA thread as well.

That brings it down to 30 dollars to mount bumpers, plus some L brackets.

And you get bonus humorous reading materials! 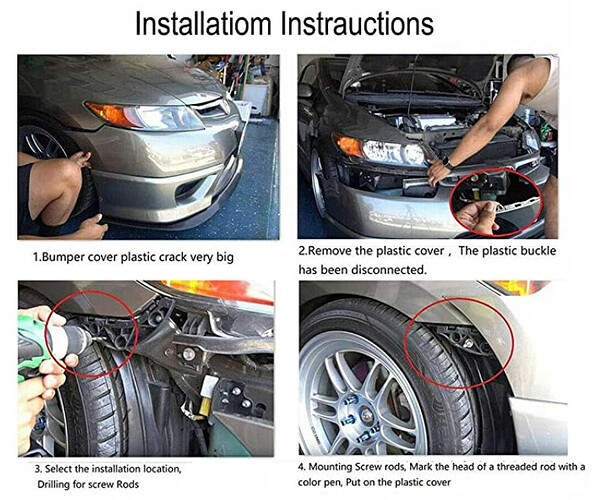 I’d be interested to see the type of lateral force the bumpers can take (for straight bumper segments, not L’s, U’s or O’s), and how that wears in over repeated use. Definitely looks like an easy solution!

If the clamp pad pushes into a hole in the bumper tab, not just a friction press, it’s probably quite sturdy. It doesn’t really need to be a super accurate hole.

We should note that these have been a bit finicky at times, especially when trying to get the little friction-y bit (the threaded part with 2 nuts) to be the right length. They have also fallen off once while we were doing prog, but that was after about ~3 hours of straight prog stuff.

Once set up though, they’re pretty great and allow bumper to be taken off in just a few seconds.

From personal experience, these are not as “worry free” as they seem. As others have mentioned, horizontal retention is a concern. You either need to do full-wrap bumpers - which presents geometry issues getting the angle aluminum under the clamps - or you need to have some kind of locating pins to take the horizontal loads. Friction alone will not keep bumpers from getting pulled off horizontally. Bumper cutouts make it really easy for other robots to pull them off, but even with just a split bumper with no cutout, I wouldn’t be confident they stay on every match.

I don’t know about all of them, but 2046’s 2022 robot definitely had locating pins on the bumper frame, and I helped them retrofit pins on to their 2017 robot during their Week 1 event after they lost one side mid-match. I assume most of the robots in between also had some kind of pin feature.

Apex moved away from them after one season because we found the rubber ends too fiddly and had to keep adjusting the pads to make sure they actually locked down tightly. That’s not to say they’re a bad solution - Bear Metal and Skunk Works have used them successfully for many years at least. And they are pretty inexpensive. But they’re not as forgiving as you might hope.

Hi, Sushi Squad Mech Lead here. These concerns are definitely valid, and thank you for pointing this out!
As the guy who first took inspiration from Bear Metal’s mounting solution, I did notice that they did use a locating pin, which I believe was a simple aluminum standoff on a bolt. Due to time issues and the fact that this is offseason, we’ve decided not to do the locating pins as of right now - getting ready for Girl’s Gen - but if it seems to be a problem, we’ll do something about it. A main solution is definitely along the lines of what Bear Metal did, but I’d also like to keep experimenting with these.
The rubber pads do seem to compress a bit and the screw with the pad does seem to loosen, but a few good turns with a wrench seems to fix most problems.

Did some quick math and using cadandcookies’ HD link (thanks!), this solution would probably cost:
$30 for clamps
$30 for 8’ x1" x 1" angle bracket
and $5 for WCP aluminum spacers if we decide to add pins to fit into our drive train.
So about $65 for a solid bumper mounting solution that doesn’t involve turning a screw - a win in my book.

Can the screws with the rubber be loctited to prevent loosening?

Replace one or both nuts with nylocks, probably the one on the rubber side of the clamp. Oh, and crank those two nuts together hard.

And for the record. that type of clamp does like to be forced down just a smidge.

Like to see you keeping it simple. I’ve overthought bumper mounting for most of my years in first. lately, we have just been running an L bracket with an oversized hole, 10-32 threaded into a rivnut if feeling fancy, or locknut thought bottom of frame if on the practice bot. If you cant find the bolt, grab a new one outta the 10-32 box in the pit. Electric m12 screwdriver if you’re in a rush but otherwise who cares that it takes 45 more seconds? We weighed in at 124.9 at worlds so its not like we could have tried anything fancier if we wanted to.

Until we need to do mid-match 2s bumper swaps, I will not be investing any more of the team’s brain cells in bumper mounting technology.

This is what our team uses! Honestly didn’t realize that this wasn’t pretty standard… I guess things like this seem obvious when it’s what you’re trained on!

To expand a little more, these certainly are really easy to switch out, just be careful about it getting caught on wires or other components, we had some issues with that last year. Make sure you plan out the space for the clamps too as it’s very easy to overlook the bumpers until the very end of the build process.