I’m a fairly experienced programmer but i’m having trouble creating areference for a non drive
motor in Adv. Frmwork. Labview, If it helps we’ll be
using joysticks to turn it on and off, and forward and back.

Any help would be greatly appreciated.

if you only want to use said motors in teleop you can initiate/run/close them the same as the joystick thats in the advanced framework. I think you can also open it in auton mode as long as you close it there as well.

i tried that but it didn’t work, i’m not with the program right now or i would show you how i did it

where exactly are the motors being used? autonomous, teleoperated or both?

they will be used in both

have you tried opening and running the motor in just the teleop or in just the autonomous iterative? both have initiation cases that should work. i don’t have a robot here but i have labview so i can check code but not movement =/
take a look at the picture below. could you put the motor control in there? 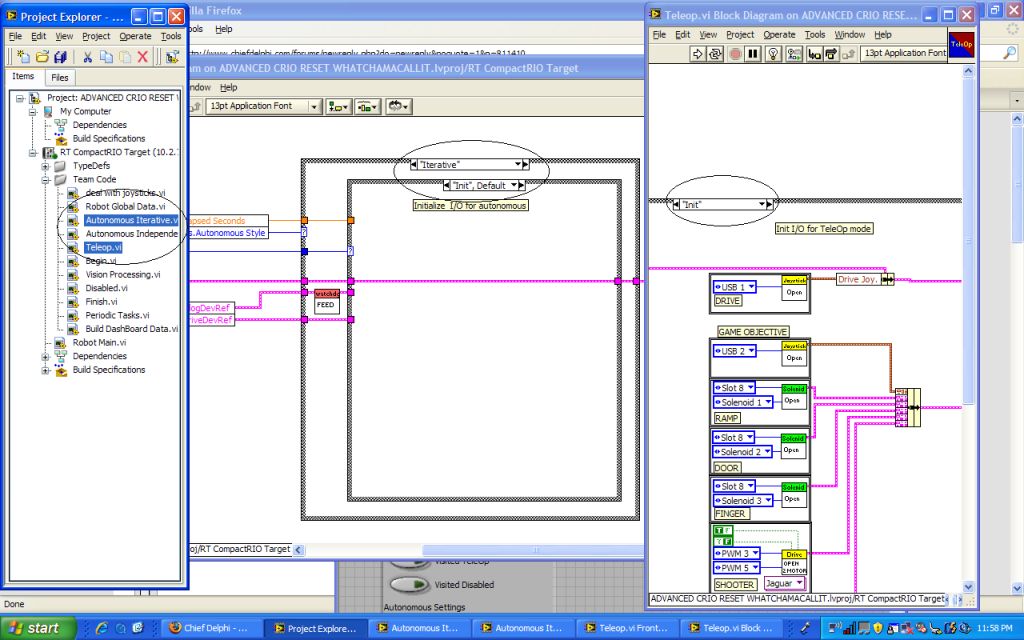 Ok, so i should open the motors in the init. part of the loop, set speed, the middle state, then close in stop.

how do i wire them together? 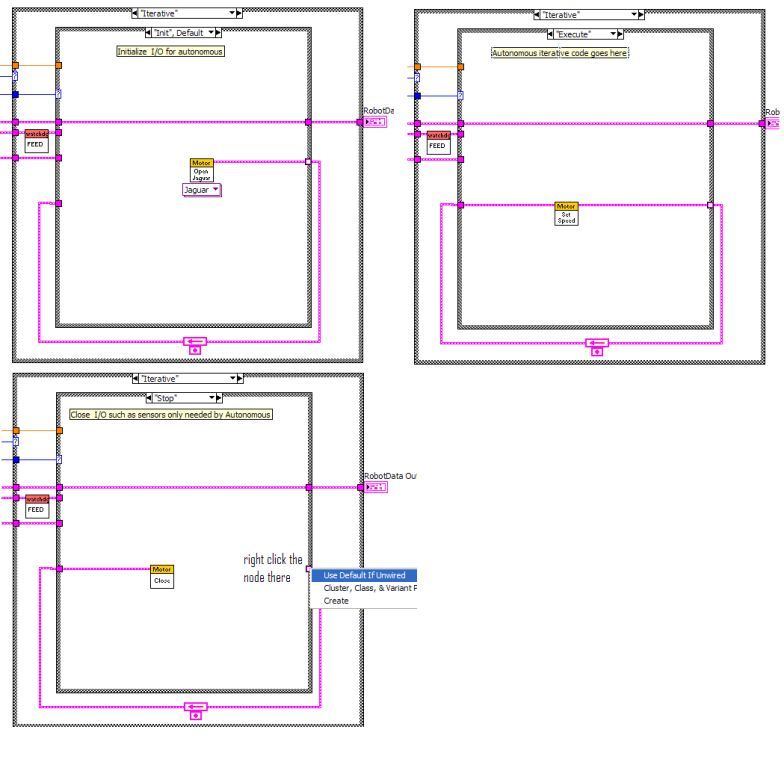 (i think i was making it to be to complicated)

Have you looked at Tip Jar #9 and 10.
http://www.lvmastery.com/tipjar
They show adding servos and gyros to the typedef and propagating them basically to all modes of operation. The motors are probably the same difference. I need to do the same thing this weekend and am going to try to use Ben’s example.

it doesn’t seem to work right, the motor pulses as it is bieing turned on and off

For some reason in the code the victor is being opened, set a speed, and then closes in like half a second, any ideas why