An Update from the Non-Engineering Mentor Organization (NEMO)

Out to the FIRST community

Effective July 1, 2018, the NEMO (Non-Engineering Mentor Organization) website will go offline and we will no longer be taking registrations to join NEMO. The private forum on the chiefdelphi.com forums will remain.

In 2004 we had a spark of an idea - what if there was a group to support all the mentors and parents who were doing so much to support teams, helping with all those tasks that needed to get done outside of building the robot? What if there was a welcoming place to ask questions, to share ideas, both online and in-person – for business plans, fundraising, feeding teams, travel, team building, MOU’s, and parent involvement? What if we invented a word - “non-engineering”? What if we just included adults - but it could be any adult connected with a team? What if we registered people so we could get a little information on who they were and gather some statistics?

NEMO was born. Over the past 14 years, we have hosted dozens and dozens of in-person NEMO meetings, including an annual meeting almost every year at World Championship. Kathie created and maintained a website and we personally absorbed all expenses for NEMO outside of the room provided at Championship. We responded to hundreds of emails and registered hundreds of mentors who identified themselves as “NEM’s on teams”. There were very few resources available from FIRST so we welcomed resource papers contributed by the community to help all teams. Throughout this process and over the years a huge community of practice was identified. And imagine our surprise when the words “non-engineering mentor organization” appeared on the FIRST website!

We have watched FIRST grow, both at HQ and teams. In 2009 we helped HQ put together a Mentor Resource Library using many of the resources we gathered from NEMO. We both served as FIRST Senior Mentors (Jenny, 2004-2009) (Kathie, 2007-2015) and have worked cross-program and worn many hats. We have been so fortunate to have had the pleasure of knowing so many mentors and students.

And now it is time for us both to move on to other projects. It is our wish that local groups still organize to host NEMO workshops. These have been especially popular in New England.

Thank you for taking this ride with us! Be well and Go Teams!

NEMO was a great resource for me when I was involved with a team. You and Kathie taught me a lot.

Have you tried to get FIRST to host the content? It would be a shame to have the resources not be available.

It makes me sad that FIRST has changed as much as it is. The community does not appreciate what resources that have in NEMO and Chief Delphi in general.

Thank you Jenny and Kathie for all the hard work. It made a difference!!! 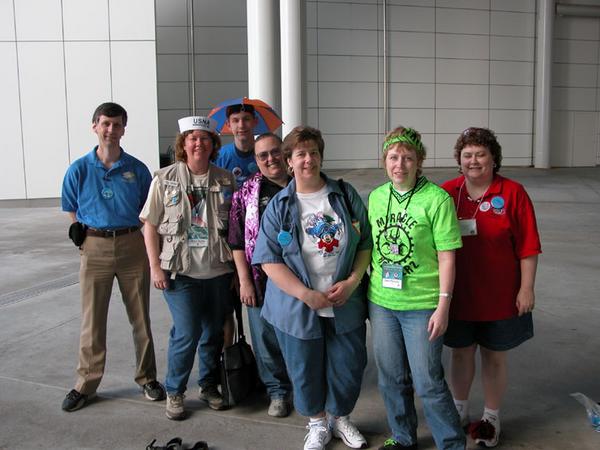 Thank you, Jenny and Kathie for your tireless hard work for the entire FIRST community. Your impact is deep. Countless teams used your resources, developed them into their own working models, then shared them with other teams. The ripple effect created positive movements in all of FIRST.

You also deserve a thank you from someone much prettier than me.