The quick start says “Run an Ethernet cable from the passive PoE injector output to Gloworm’s Ethernet port,” but that might need some more clarification. The PoE injector works like this:

I suggest checking out the Passive & Pinouts section on Wikipedia Power over Ethernet - Wikipedia.

Thanks. That makes more since than how I was thinking it would be hooked up.

The version that I foresee being the upgrade of choice is either the 1GB/8GB version (same price as the 3+ of the same ram/storage specs), or the 2GB/8GB version, which only adds $5

I’m inclined to say not yet, but I would love to hear from others.

I’d love to see somebody try benchmarking a current gloworm/CM3+ vs a RPi4 vs CM4 on some representative vision programs (like PhotonVision). That way we would have definitive data on just how much faster it would be for our usage case.

I’ll try to post some numbers later to compare (it’s very possible that the Pi 3 with GPU accel is still faster than the Pi 4 CPU-only), but the summary of the GPU situation is that the Pi 3 supports the EGL_IMAGE_BRCM_VCSM and GL_TEXTURE_EXTERNAL_OES OpenGL extensions, while the Pi 4 supports neither. On the Pi 3 with PhotonVision we use these extensions to get a “GPU pointer” to the frame as it comes off the camera and is processed by the adjacent ISP block. We can pass this GPU pointer to our OpenGL shader and then map the image processed by our shader directly into the Arm memory (the VideoCore and Arm share the same memory), which means that we can basically avoid copying and get really good performance on a relatively limited device. Because the Pi 4 doesn’t support these extensions, we’d have to resort to either using the CPU only or copying off of the GPU, copying the frame back to the GPU, and then copying the processed result off again (although there is a really hacky way to make that last copy way faster by directly mapping the memory without VCSM.)

I’ve been doing a lot with the Pi 4 recently and this is the right answer. Give it about 6months to a year.

You’re reading that right! PhotonVision on the Pi 3 can beat the Pi 4 (and other comparable vision software running on the Pi 3.) If you’re interested in more info about these numbers then don’t worry—we’re planning on doing a larger announcement with more detailed testing methodology and tech details about GPU-acceleration sometime around when we do the public release of PhotonVision.

I’ve got my VMX-pi & Gloworm hooked into an unmanaged switch (Netgear FS105, VMX on 1 & Gloworm on 2), connected to my VMX-pi on wifi, and have not successfully been able to connect to the Gloworm configuration page.

I imaged the Gloworm immediately prior to this with the latest production release of PhotonVision… no complaints in Balena Etcher.

Is there something about having two raspberry pis going that would make this fundamentally not work?

@slibert did your team test VMX-pi with Limelight in the past?

Absolutely no means an expert here, but are you able to set a static IP on the gloworm pi? While probably unlikely, could it be that for some reason the gloworm is setting itself to an already claimed IP? Also, can you ping any of the other devices on the network from the gloworm?

could it be that for some reason the gloworm is setting itself to an already claimed IP?

…I have no guarantee that raspberrypi.local host at 10.8.41.2 is actually my VMXpi controller. Could be either one. Know a good way to check?
EDIT: See below, ssh logs me into the vmxpi

Also, can you ping any of the other devices on the network from the gloworm?

I can’t see anything that’s positively the gloworm on the network, so I don’t know how I would get into it to ping from it? That said I can probably ssh into the Pi I can see and check the filesystem to figure out which one I ssh’d into…
EDIT: ssh from my laptop to pi@10.8.41.2 gets me into the VMXpi, not the Gloworm

Having two Pis going shouldn’t be a problem, especially if they have different hostnames for mDNS (which they should in this case.) Here are a couple of things to try:

@pietroglyph pretty much covered everything but I’ll also add that if you continue to have issues I recommend connecting your Gloworm to a managed switch so you can go to it’s control panel and find Gloworm via the DHCP leases it’s handed out (or try AngryIP again). That would allow you to rule out any issues with Gloworm itself.

Also happy to help debug in real-time in the Gloworm Discord as not to spam this thread, but no pressure if you’re not a Discord person.

Correct, the Ethernet is the only thing that’s plugged in

No internet error? (connecting using Chrome, has another browser gotten more stable?)
(If I try it while my ethernet cord is plugged in to my programming laptop so I can see CD, I get This Site Can’t Be Reached, and without it I get No Internet)

(sorry if this seems obvious; you didn’t mention this in your reply so I thought I’d throw it out there.)

Always the correct approach on the internet, especially with a customer as thick as I am

Make sure that the ethernet lights and the small red light at the top of the case are on.

So, this is weird - I only have the green Ethernet light lit consistently. On startup, I got bits of orange on and off, but the steady state after a couple seconds is only the green. On the PI port, the orange light is lit. My unmanaged network switch only has green lights, which are all lit. 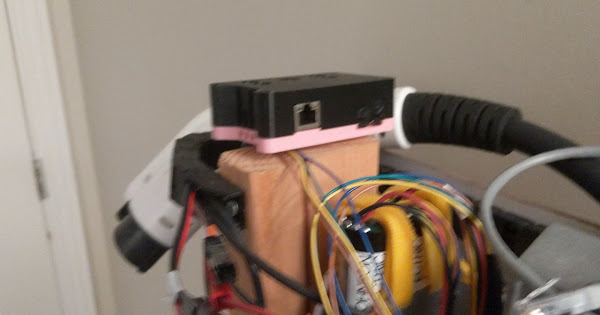 There’s a tool called arp-scan that is sometimes helpful in such situations. Here’s a how-to I found just now.

There’s a tool called arp-scan that is sometimes helpful in such situations. Here ’s a how-to I found just now.

I ended up finding & using that separate from your post, and established that the issue appears to actually be that my VMX-pi / Raspberry Pi WLAN does not seem to be accessible by default through the Pi ethernet port the way it is on a roboRIO. So the “normal” architecture of using an unmanaged switch to bridge from the master controller (roboRIO) out to the router & vision system Pi isn’t working out of the box.

When I plug the programming laptop into that unmanaged switch, I can’t see the 10.8.41.X subnet anymore, but the PhotonVision interface comes up just fine.

I have an email in with @slibert and his Kauai Labs team to look at solutions from the VMXpi side, but it might have gotten lost in the aether and I’ll try again tomorrow…

I have an email in with @slibert and his Kauai Labs team to look at solutions from the VMXpi side, but it might have gotten lost in the aether and I’ll try again tomorrow…

Somehow I missed the email, but here are some initial thoughts.

I’m assuming on the VMX-pi, networking was configured via the setupWifiAP.sh script. This configures both the RPI’s Wifi and also eth0 ports to issue DHCP addresses to any other device requesting DHCP addresses. You can see the configuration information for this in the /etc/dnsmasq.conf configuration file.

We took this approach as a fallback, so that someone with a PC could directly connect ethernet to the RPI, and as long as the PC had DHCP enabled, the two could communicate easily.

Based upon that, it is likely that whatever DHCP-enabled ethernet devices are connected to the same the ethernet network are having their DHCP addresses assigned by the Raspberry Pi. These will be in the 172.22.11.X subnet.

If that’s not the desired behavior, one option would be to disable the RPI eth0 DHCP by editing the etc/dnsmasq.conf file, and then issuing a restart to the dnsmasq service. We don’t currently include a script that does exactly what I’m describing, so it’d require manual editing of the dnsmasq.conf file.

Based upon that, it is likely that whatever DHCP-enabled ethernet devices are connected to the same the ethernet network are having their DHCP addresses assigned by the Raspberry Pi. These will be in the 172.22.11.X subnet. 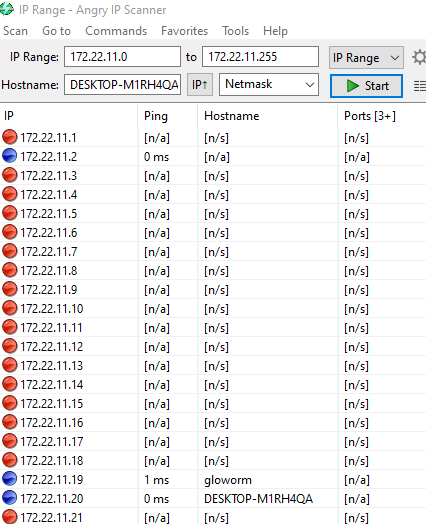 What I don’t have is the Robot Communication w/ driver station in parallel to this. The Driver Station is sitting at 169.254.218.154 for whatever reason, and since I’m not attached to the wifi it’s not connecting through 10.8.41.X.

(Is that path easier to understand than changing ethernet settings on the VMXpi host board? Changing my own ethernet settings under the hood will definitely be the Most Hacker Thing I’ve ever done, though the beauty of RPi is I can always just reimage the SD card if I mess something up too badly…)

Yes, that’s doable, take a look at the docs on this page for a discussion and an example:

Use the official FRC Driver Station software to remotely control your VMX-pi FRC Robot. Additionally, the WPI Library Dashboard tools (Shuffleboard and Smart Dashboard) can be used to provide …

Thank you! It works now.

…Opened a github issue at docs.wpilib.org to include the undocumented IP address override feature in the WPI docs, because I feel like that is where that information belongs… Driver Station undocumented feature - override robot IP address · Issue #986 · wpilibsuite/frc-docs · GitHub