Announcing The Blue Alliance for Android

After a summer of hard work, The Blue Alliance is excited to announce the release of a native Android app! We’ve created an app that allows you to view the data present on TBA natively on your phone, as well as try to improve the mobile competition experience. Check it out! https://play.google.com/store/apps/details?id=com.thebluealliance.androidclient

Please post any feedback (bugs, feature requests, etc.) you might have in this thread or create an issue on GitHub for it. Development is a never-ending process, and we’re always trying to improve our products.

As with all of The Blue Alliance, this app as well as TBA for iOS (still in the works) are entirely open source. If you are a mobile developer and want to help out (or if you want to learn), take a look at the GitHub page and start contriubting - we’ve still got a lot of awesome ideas we want to implement before the season starts and the more people helping, the faster we get cool stuff. We’d love to have your help!

This app is fantastic as of a first look. it’s clean, easy to use and moving around the data feels natural. I’m really excited to see what else you guys come up with for this app.

A couple bugs I noticed at first glance are attached. Under the awards tab for a team at an event, different teams’ awards listed. A tie (match 54) highlighted as a win.

Would also be nice to be able to pin teams or events to the tops of tabs. Love the summary pages for teams at events, maybe split quals/elims record from overall record. Could even list awards there instead of as a standalone tab (could go either way on that). 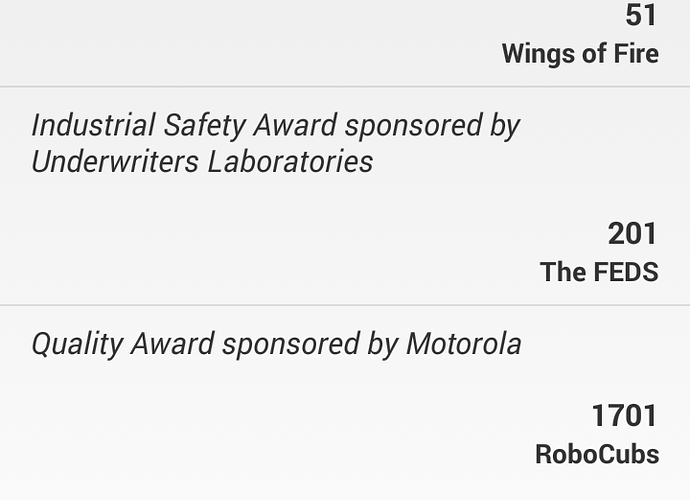 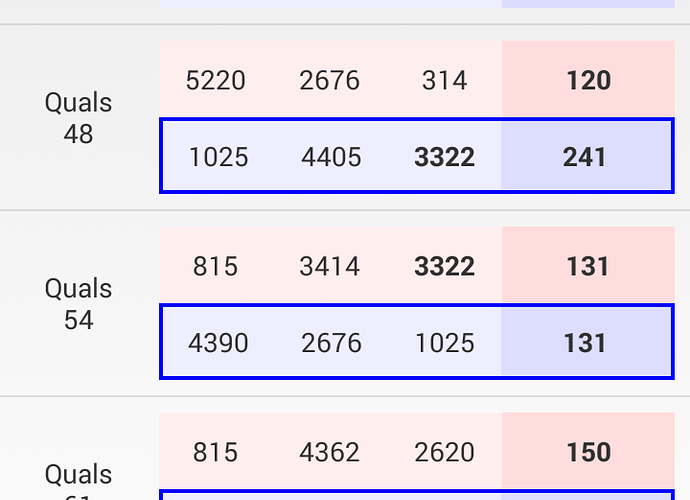 A couple bugs I noticed at first glance are attached. Under the awards tab for a team at an event, different teams’ awards listed. A tie (match 54) highlighted as a win.

Man, how’d I miss those? Thanks for the heads up!
Reported and reported

Thanks to everyone who worked on this, especially Phil Lopreiato and Nathan Walters for taking initiative and spearheading the project. The app will only get better with time – I can’t wait for some of the things we’re planning on implementing. :]

This looks really nice, played around with it a bit this morning. Excited to see where this goes.

Thank you to everyone that put time into this. This should really help the fan experience.

I don’t think I’ve ever seen that message during an install before!

Looks awesome Phil! Great job to everyone that worked on it.

As an Apple nut, I can’t wait for the iOS release as well!

It’s very good as is, but during competition, it would be great to see predictions for matches and final rankings.

It’s very good as is, but during competition, it would be great to see predictions for matches and final rankings.

Nice app, very clean, I especially like the last 2 lines of the team event summary tab:

“2nd pick of the 3rd alliance”
and
“Eliminated in the finals”

Finally, I’ve been waiting for this for a long time!

Thanks a lot for putting together a mobile app for TBA, this is absolutely amazing!

I played with this app last night. Fantastic job guys! My favorite feature has to be the YouTube integration.

Wow! This is absolutely fantastic! From what I’ve seen and heard it’s great! Looking forward to the iOS version coming out! Great work.

Can’t you, from OPR, which TBA calculates anyway, simply predict the scores of the remaining matches and use those to predict rankings?

Can’t you, from OPR, which TBA calculates anyway, simply predict the scores of the remaining matches and use those to predict rankings?

Prediction is tricky. It’s easy to do a deterministic prediction (win/lose), but that’s almost useless. How close is the win? How likely is it that that outcome will occur? What’s far more valuable in most situations is a probabilistic prediction.

For a simple OPR-based probability, you could do something like this:

However, you also have to consider here that OPR – the basis for that probability we generated – is not very good for some games. This year was one, and 2012 comes to mind readily. Even in games where OPR is actually pretty good (like 2013), OPR should never be regarded as the ‘god metric’ that most people think it is. See my whitepaper for more of a numerical analysis.

A better method of prediction in games like 2013 or 2012 where scoring was more linear and separable (and where scores were approximately normally distributed) would be to calculate the average points teams were putting up and the standard deviation in those points. You could then generate a normal model for total red points, with:

But we digress here.

TL;DR: Yes, could be implemented, but OPR-based predictions are overrated.

Any plans for Windows Phone? I may be able to contribute, depending on how my schedule pans out this year.

Any plans for Windows Phone? I may be able to contribute, depending on how my schedule pans out this year.

There’s discussion about it on the thebluealliance-developers Google Group.