Anyone want to trade robots?

Anyone want to trade 2020 FRC robots? We have 2 for trade. We can negotiate transportation. Trade back in January.

Interesting proposition. What thought process takes you down this path?

If you’ve got time to prowl around the various LA County waste processing plants there should be at least one and a half floating around.

Heck, they probably don’t even what those back.

Have 1992 robot. Has national Title but has no working electronics. Ask of 1.71 Million.

What is the criteria for the trade? Anything goes? Needs to have a working control system and turn on? As long as its in one piece it’s good?

What is the criteria for the trade?

We’d be sharing a working robot, with full code, ready to be entered into an official infinite recharge match if a competition was held today.

Our expectation would be that our trading partner is free to do whatever they’d like to it, including making mods and loading new code, as long as:

This is an interesting concept, both inside and outside of COVID season scenarios (obviously the COVID season creates unique situations each team must consider).

One of my favorite events of the past few years was when a bunch of FMA teams gathered at the King of Prussia Mall for a demo event. There was a reduced-size version of the 2018 field set up, and teams played 2v2 exhibition matches on the field. There was no official scores, rankings, or tournament. So it created a wonderful, no-pressure atmosphere for teams to engage with one another. There was plenty of opportunity to interact with other teams about their robots, and in some cases, drive other teams’ robots on the field.

Have “rare” 2020 Worlds Qualifier, will trade for Hemlock STEM Center or equivalent
No low balls, we know what we have

I think this is going to easily become one of my favorite CD thread to stalk both from the legitimate idea of this but also the sarcasm factor.

Would this type of thing be kinda equivalent to open alliance but a bit more intimate since more stuff would likely be shared between the two teams compared to something like posting a description with pictures? Also couldn’t this become like a car show type thing where there is a local event dedicated to just having teams meet up to have like a social gathering (post covid) to just talk about each other’s robot outside of the competition setting (both actual and off-season comps). Obviously it wouldn’t be as interesting as what you proposed with allowing the other team to run it and test stuff like their own teams code, etc but still a cool idea. I think it would be a great opportunity for both rookie teams but also veteran teams to gain some new perspectives and how other teams would have done a particular thing. Going back to a post about “evening the playing field”, I reckon this would help out the rookie teams more than the veteran teams as those rookie teams have more to learn and can gain more than a veteran team since those veteran teams most likely have a lot of stuff sorted out and fairly ridged and matured structure/ ways of doing things compared to teams starting out.

@jjsessa I’ll take one of 254 2020 robot but I’m also going to need some of their Capri sun too. Maybe we just look the other way and “somehow” our team receives a “robot donation” from an anonymous source while a duffle bag full of blue banners and cash shows up to your door one day…

This seems kinda like the off season Brazil we had a year ago, half cargo ship, just on rocket for each alliance 2v2, was a really good opportunity for teams to exchange experience, and as it was an improvised field you got bonus points if you were able to knock down the cargo ship 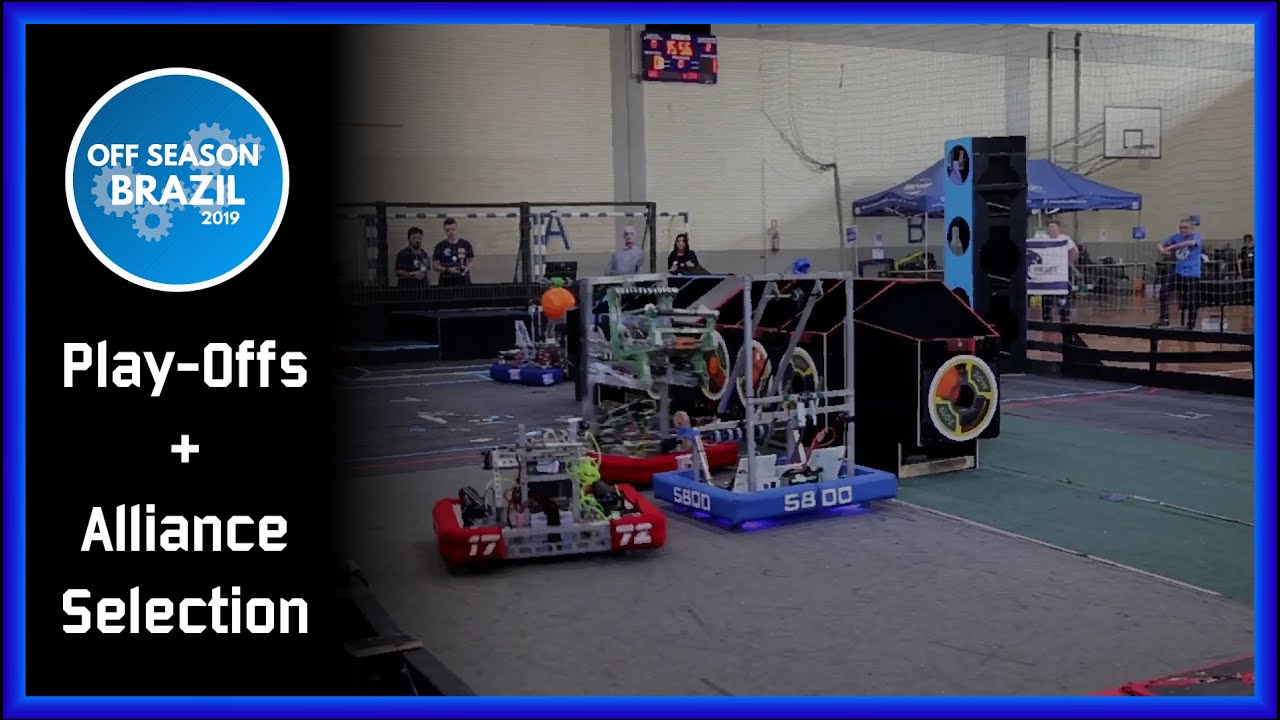 hmmm… I think 1.5 million and 3 banners and I think we have a deal!

Oh man, that reminds me of the time we had a number of Metro Detroit teams at Comerica Park when 503 was debuting their pitching robot in fall 2012. We had a partial-field demo set up on the concourse, and I want to say that was where 68, 469, and 1023 performed an unofficial world record

I don’t have anything else to add. I just also appreciate a good

wonderful, no-pressure atmosphere for teams to engage with one another.

The team that borrows your robot might be able to suggest improvements based on their past experience.

I can’t tell if this is serious or not… Normally I’d say no but then again summer CD has been going on for like 9 months straight with no signs of stopping so who knows.