We did an update for the Turret240. Overall, we reduced the part count and simplified the assembly. The reliability has been improved with larger gearbox bearings that have better fit to the axles. The mounting interface is now threaded so you can screw down to the inner ring instead of having to access the underside. Included in the kit is hardware and gears for 550 and 775 motor sizes. The motor and encoder assembly can be mounted from the top allowing for a low-profile installation or mounted from the bottom giving the most room to work above the turret.

Check it out here:

This full featured turret includes an integrated gearbox, absolute encoder, and heavy duty bearing driven by a HTD-5M 15mm wide belt.  The turret requires a 775 or 550 series motor, either a 775pro from Vex/WCP, a Redline from AndyMark, or a... 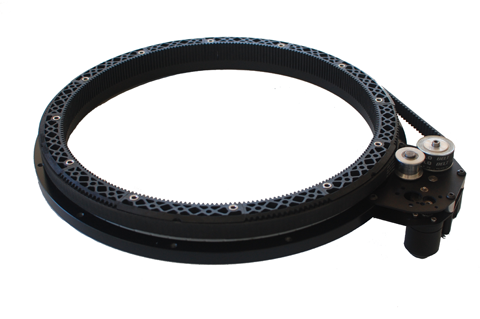 Hope everyone has a great and successful season!

Love the revisions on the Armabot Turret240 v2! Is there a recommended max weight what can be mounted on top of the turret? If a heavy mechanism such as an elevator (including it’s gearbox and end-effector) was mounted on it, would there be any issues?

Thank you! We have a recommended max weight of 200lb. We haven’t had any reports of the main bearing breaking or damaged from too much load or impacts. I remember seeing a picture of a team in 2019 that had a very solid hit on the arm/tower attached to the main bearing and it held up great. We updated the outline drawing that has some good information.

Good question. The main bearing can take the load in either direction.

This may be a stupid question, but is there a load rating for the max shear or bending loads that could be placed on it? For example, if the use of a mounted system on the turret place loads on the plane horizantal to the face of the turret 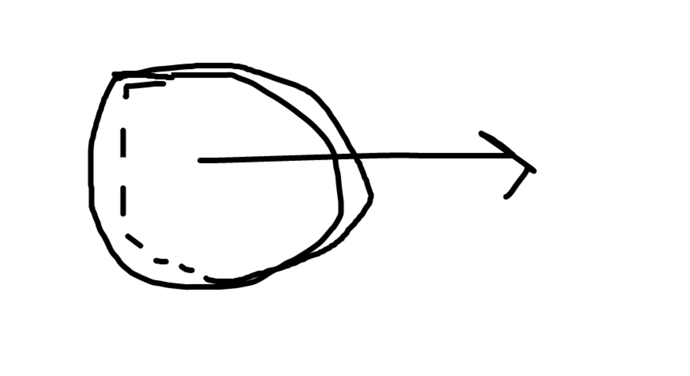 Hope this drawing made sense… The circle is the face of the bearing and the arrow is the direction of the force. I had to draw it on my phone with my nondominant hand so it’s a little wonky. If it didn’t make enough sense I can do a better drawing when I’m home tonight.

I hope you’re not driving while posting on CD!

Thanks! That makes a lot more sense now. I appreciate your quick responses. And no don’t worry, no CDing and driving, I was drawing while having a catch with my little cousin.