If I were @efoote868, my solution would be to put two marshmellows on either end of this:

Historic Site in Westfield, IN

But, it’s a little far for me.

Of course I’d ask the question, that’s how you get ahead in life! Never assume anything!

That roundabout art is getting out of hand.

But, it’s a little far for me.

Wouldn’t it be closed right now?

I think it may be the sculpture in the center of a roundabout. The address (15100 Carey) is the intersection between two roads, about 10 minutes from my house. I’m a little confused, I don’t recall anything there looking like a giant toothpick. I’ll have to double check.
You’ll forgive me though. When you live next to the roundabout capital of the U.S. (I live in nearby Noblesville) that loves to put public art in them, and the surrounding cities start following suit, all the roundabouts start to run together.

I mean if you don’t have marshmallows they are fairly easy to make. It is similar to a meringue but with some gelatin and a bit of other stuff. not too difficult if you ask me. AND they are really tasty and you can make them whatever flavor you want if you have the right stuff

you can make them whatever flavor you want

More importantly in this context, you can make them whatever shape and size you want.

unless making homemade marshmallows if you don’t have any store bought ones is Illeagal.
@efoote868?

So, in the first competition it didn’t really matter if your cups were 5 ounces instead of 3 ounces, provided the extra height or weight didn’t give you an advantage.

In this challenge, if you don’t have toothpicks, if you substitute something of a similar size, and rigidity, it’ll work. That really doesn’t give you license to use broom handles because someone found a “toothpick” prop. If you don’t have marshmallows, if you fabricate or substitute something with similar properties of what we know is commercially available, I’ll allow it.
If your marshmallows appear they’re too different (giving an apparent competitive advantage), I’ll probably ask to see the packaging.

It’ll also be a bit of a disappointment 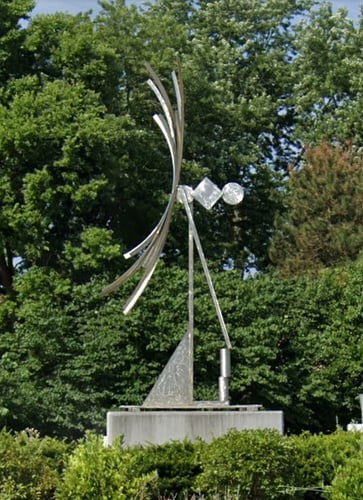 Unless you like random roundabout decorations. Or roundabouts in general.

Please note, this is not my entry.

Good luck getting a tape measure next to that!

I was debating asking if using that one counted…

Then I remembered that I’d have to cross the streams to get one (or make one at home).

My homemade marshmallows opened up creative possibilities. thanks @SergeantSpork5853 for leaking my idea. 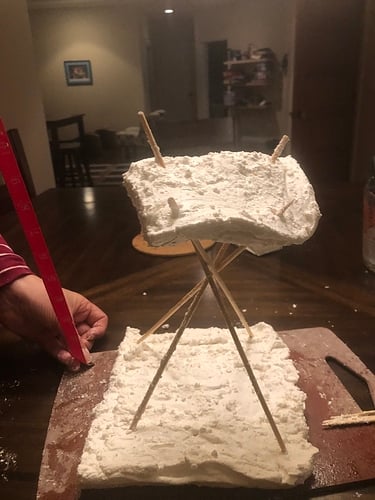 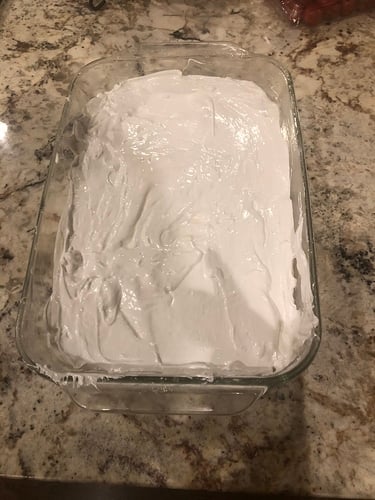 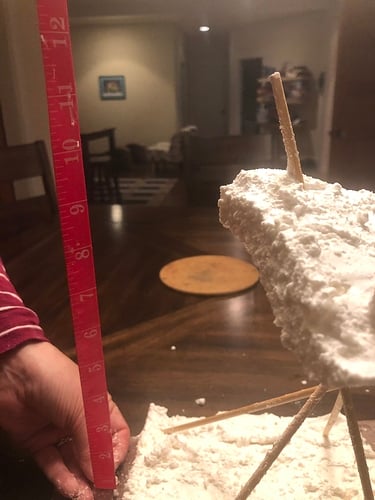 I made this with 1 marshmallow and 5 toothpicks bamboo skewers.

is that what you mean?

Im just waiting. seeing what I can do with more time

I made this with 1 marshmallow and 5 toothpicks.

is that what you mean?

We were out of toothpicks.

Here is my submission 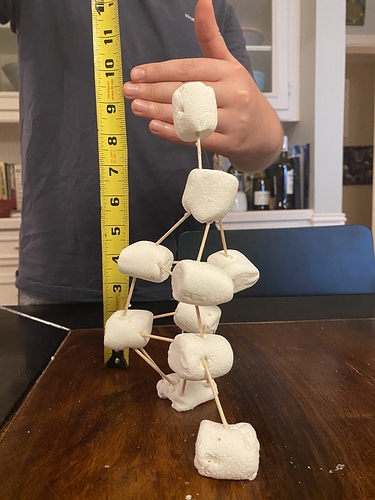