Mighty Max batteries are BAD. As in, do not buy bad. We had 2 out of 8 fail virtually out of the box, with 2 more failing soon after.

MK batteries have never let us down.

We borrowed Interstates from other teams for Championship this year. The oldest one was labeled that it was put into service in fall of 2021.

After one run on our CBA, they were marked as pit-only batteries.

I don’t know the full provenance of the batteries–it’s possible the other teams weren’t as cautious about overdrawing the batteries in practice, or that they ran way more practice than we do to rack up the cycles. But the point remains, they were less than a year old and not fit for the field.

Far as I’m concerned, MK is the yardstick for FRC batteries right now. I understand from talking with other mentors that the Duracell batteries are pricy, but perform even better and are available locally. Any other brand is going to need to prove itself.

How do you go about testing batteries like this? We have a bunch of old batteries and the team has kind of no idea which ones are suitable for use.

The instantaneous answer for checking battery readiness is the Battery Beak. Plugs right into your battery and checks state of charge and voltage under a couple different amp draws.

The better test when you’ve got 90-120 minutes to burn per battery is the CBA, which draws the battery down to a set voltage, measures battery capacity, and plots voltage over the course of the test to suss out any bad cells inside. We got ours between Electric City and Championship, and it’s how we were able to make informed decisions about which ones to run. We write the amp-hour reading on the side of the battery in Sharpie afterward so the data can’t be lost.

Some teams will forego the CBA tests and simply demote all of last year’s batteries to practice duty, since most teams only get 1-2 seasons of competition-level lifespan out of a battery. Might not be dollar-efficient, but it does save a heap of time in testing.

Three possibilities: the CBA from AndyMark at @Billfred mentions.

I just got this in and I’ll post what results I get. 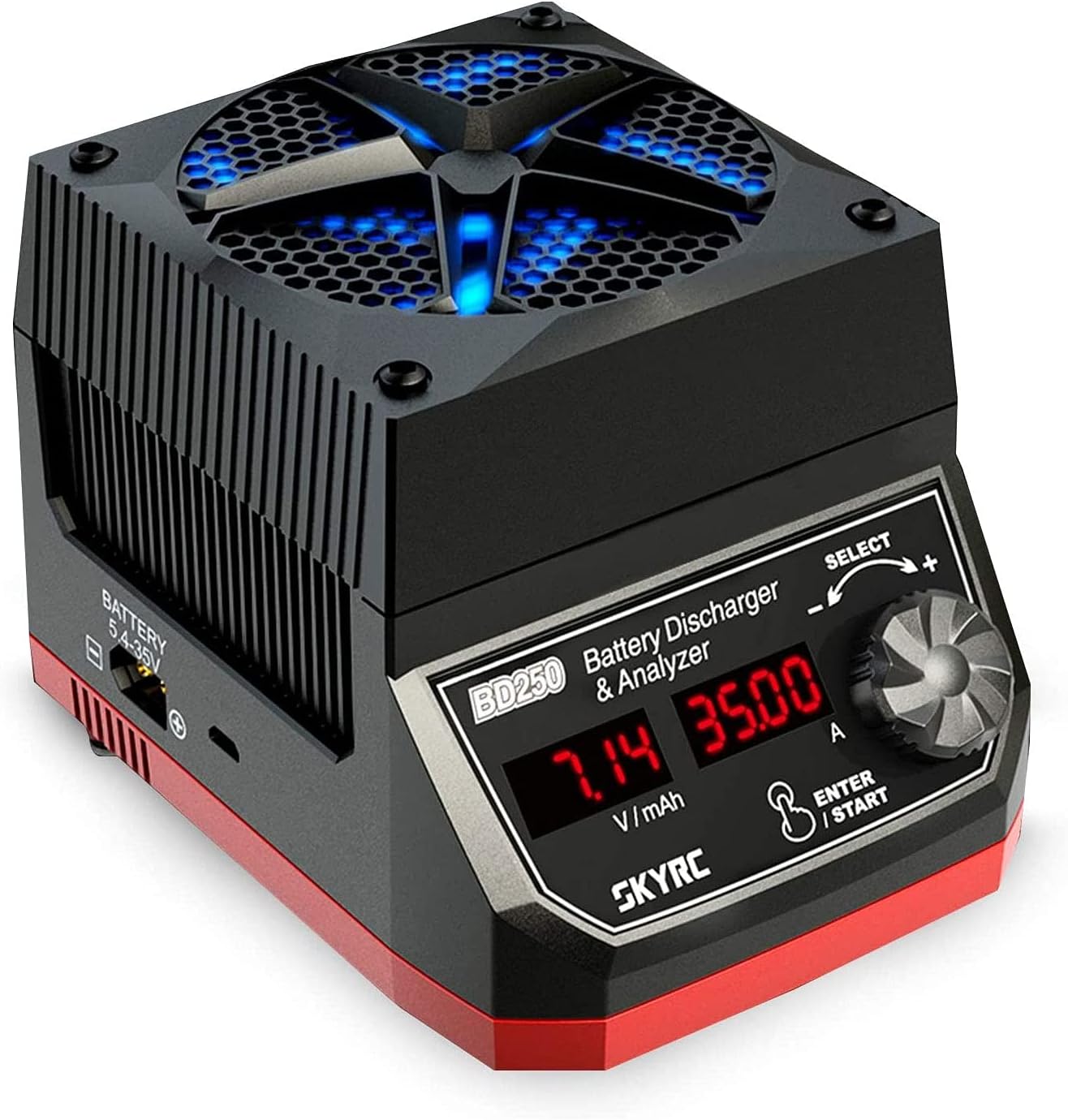 Take the guesswork out of maintaining your RC vehicle batteries with the SKYRC BD250 Battery Discharger and Analyzer. This powerful battery discharger upgrades the existing BD200 design to give you fast discharging and...

This is what I’m using right now. It allows you to test at 12 Amps, which speeds things up quite a bit! I can get a couple of tests in a FRC meeting: 1:06 is normal. Its extremely under-packaged and not very friendly to use…
https://smile.amazon.com/gp/product/B08MQ1G57D

A cool thing that -someone- in FRC should dream up is a 1/4 Ohm resistor with some kind of semiconductor switch in series with it. You would turn on the load resistor (pulling 50 Amps) and start a timer. It would turn off at 10.5 Volts and display the time to get there. This would give you a load test that is sorta close to the match load, doesn’t over-amp the Andersons, and works pretty quickly (about 20 minutes). One challenge is how do you get rid of 60 Watts with something that isn’t too expensive! Even better would be a big Mosfet with a high power series resistor (maybe 0.2 Ohms or so) and some smarts to make it constant current. That will make the tests more repeatable, but also adds some cost.
One of these things plus a timer and a 50 Amp relay might make a good start part. 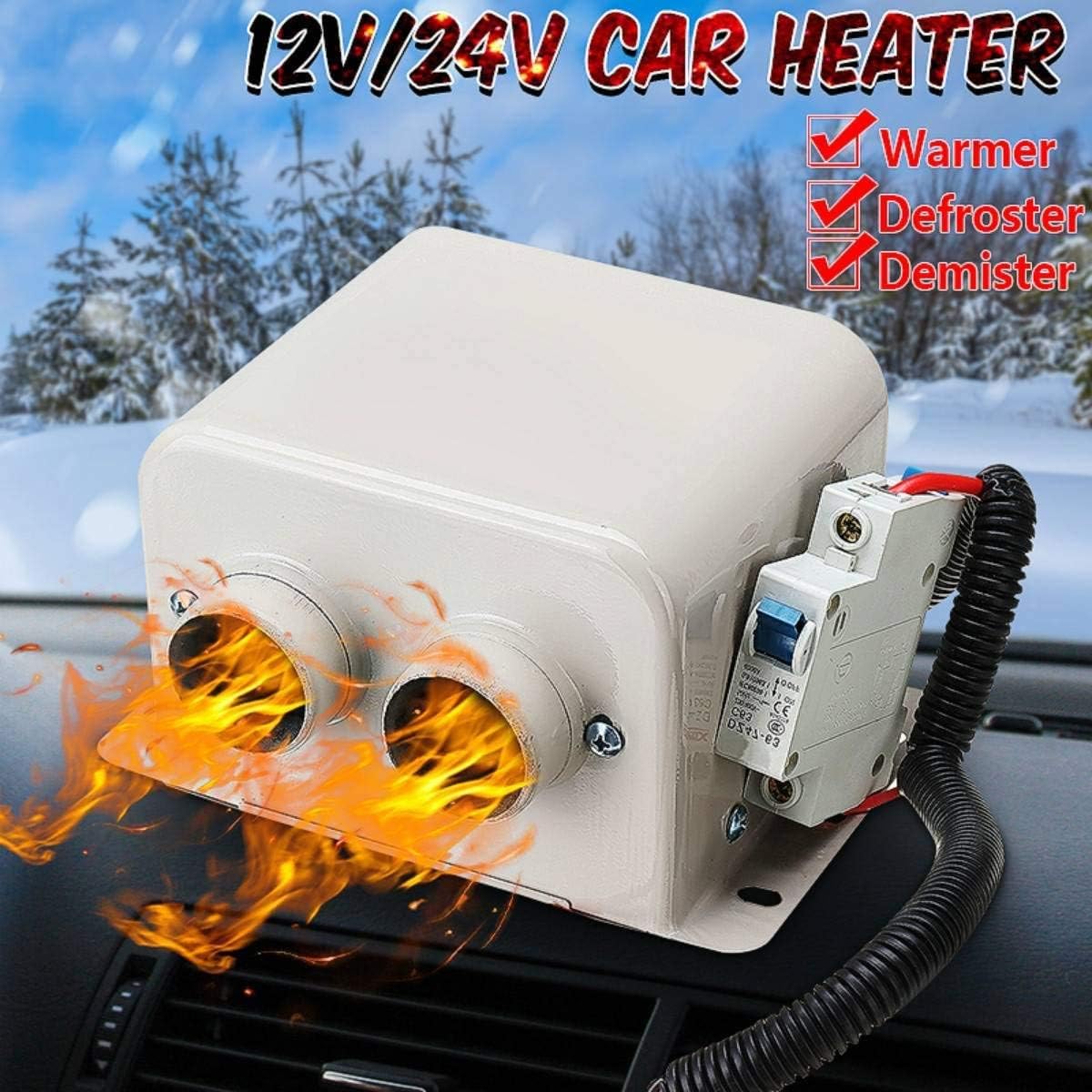 This Car Heater can blow warm air and it can help you solve the problem that fog and frost cover on your car's windshield and block your view. DESCRIPTION: 1.PTC ceramic heating element, Protect your safety with overheat... 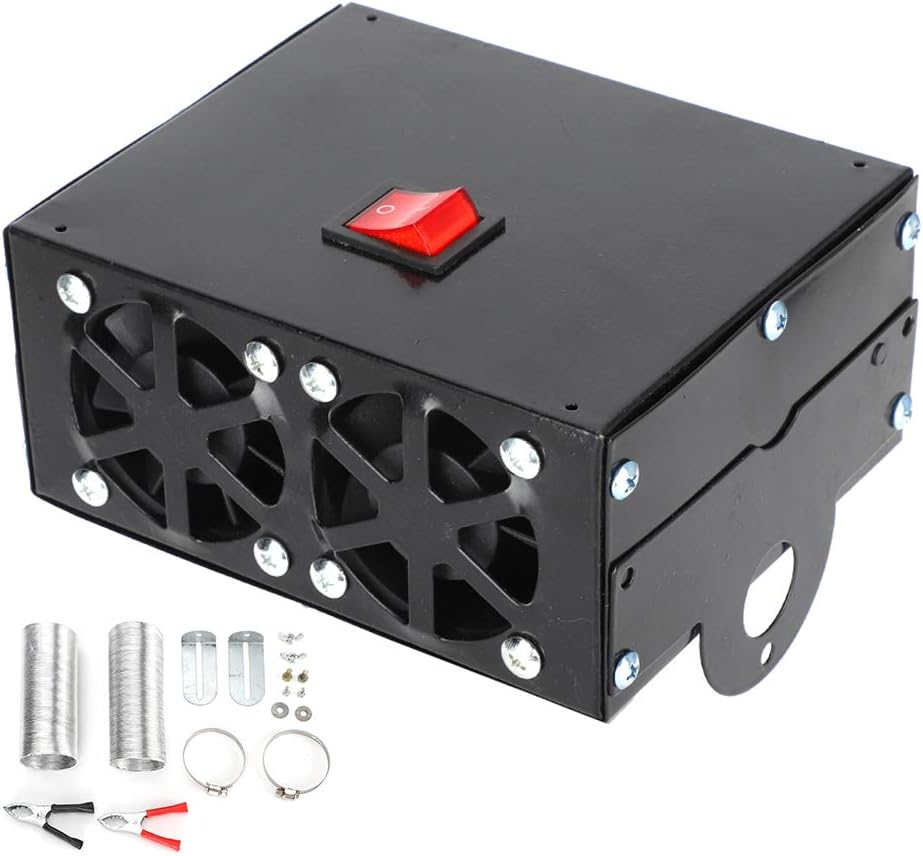 Feature:1. The temperature can rise rapidly under the battery of normal voltage and power level, and the temperature can be raised in 5 seconds.2. With a silent fan, there is no noise during work, creating a good driving...

Thinking on it harder, the heaters above are PTC heating elements, so their resistance will vary a LOT depending on air flow. There are 200 and 300 Watt resistors on FleaBay… Hmmm.

Our team has completed an exhaustive battery testing regiment and in the spirit of FIRST, we would like to share our experience with your team. Teams accrue batteries over time, but which ones are good for competitions? Newer doesn’t always equate to performance. To better understand battery performance in a competition environment, students researched and implemented four industry standards of battery test. They then tested sixteen of the team’s batteries with three performance benchmarks. The…

Where are y’all getting your MK batteries from?

We buy direct from MK. They have always given us good pricing, this year it was $38.50 each plus a per order “logistics” charge ($35ish). In a normal year we can pick them up from a distribution center near us (MA) and avoid shipping; this year with supply chain issues they could only get them into California and ended up doing a freight shipment to us at no extra charge (I think this was only because of the unusual circumstance & wouldn’t expect that to happen normally). We do try to buy 6-8 new batteries at a time and often share an order with another team so it’s a decent size order; this year it was a pallet of 12 batteries.

This is the way. Call them direct, tell them you’re a FIRST team. If they say the discount doesn’t exist (we got that from one agent this year), hang up and call again.

This should be live shortly (days, not months).

Ok, I did the first test on the BD250. It looks like it can only measure up to 9999 mAhrs, so it could be used to weed out bad and terrible batteries (under 50% capacity), but can’t really compare good batteries (18,000 mAhrs). For bonus fun factor, it had completely shut itself off after the test, so no clue what it measured!
On the good side, its pretty easy to use and is well packaged. Plug it in, set current, cutoff Voltage, and press and hold to make it start. I’d prefer something that saved its settings… The other one I have -does- save the cutoff voltage but not the current.
Unless I get some useful feedback from SkyRC this sucker is going back.

SkyRC got back to me! After you reach 9999mAhrs, the display switches to Amp hours. I need to test and see what that looks like. My guess is a decimal point appears.

I appreciate you doing all the legwork on this. If it can deliver a complete vision like the CBA does, that price point is cheap enough to push it up a lot of teams’ infrastructure lists.

I need to grab the software and try that too…

Yeah, I’d really like to get where we have something cheap that does stored energy!

I love when my actual day job is relevant to FRC

So I’m a battery engineer, one of the big parts of my job is running performance tests on battery packs. Typically you want to use a reasonably low amperage draw when testing capacity of a battery, and a high amperage when testing performance/max output of batteries. The reason testers like the CBA one take forever is because they do the former, discharge your battery at a low current to measure capacity. Because we use SLA packs, performance is less of a concern because you can draw a stupid amount of amps out of them during a match and the battery will be more or less fine. The bigger issue we’ve seen is batteries with bad capacity being used in matches and causing brownouts and other performance issues.

Tl;dr when looking at battery testers, low and slow is generally a good call if you want to accurately measure capacity

What we need is capacity at an operational current level. A screening and comparison tool. We don’t actually care about the low current capacity!

I think the ideal tool would pull 50 Amps (the Anderson rating), but it doesn’t exist yet.

I’ve been using a 12 Amp rate tester, which allows two tests per robotics meeting vs one for the CBA!

Wouldn’t pulling that much current for an extended period of time damage the battery?

@swurl Yes, normal match operations do permanent damage to our batteries. However, if you don’t deep discharge them it’s not very much damage per cycle, and you get a hundred or so cycles.

So far the BD250 looks promising. I’ve got two tests on it. The display changes from mAhrs to Ahrs at 9999. Annoyingly, it defaults the decimal point in the middle, so you need some knowledge to tell if its battery Voltage or Ahrs as it toggles. Made more complicated by Voktage recovery after the test… Plugging USB power into it means it won’t shut down, even with a wonky battery.