Behind the Bumpers - 973 Greybots - New Swerve and Wood Robot!

https://youtu.be/cT4phIjFtoo 973 Greybots bring a new robot for Chezy Champs including trying swerve for the first time and laser cut wood side panels and belly pan. Hear about their updates and from this Newton division champion. 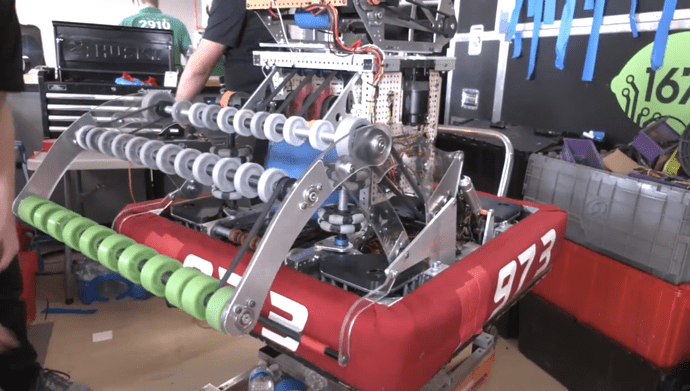 trying swerve for the first time 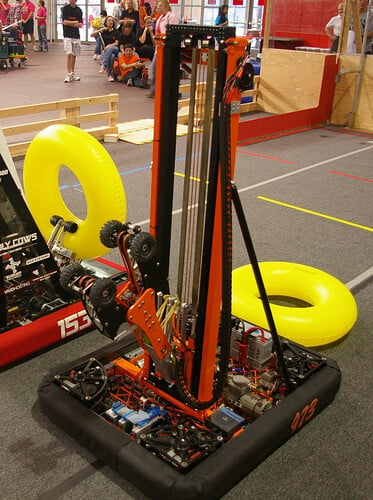 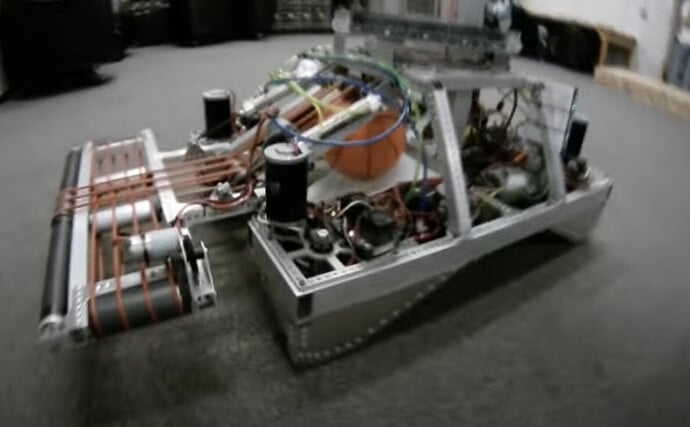 (I kid. Those were quite a few student generations ago.)

Love this little robot, wish I could have made it to CC this year to see it!

Imagine building a wooden robot. Who wood do such a thing?

Did anyone notice those nice covers over their mk4i modules to keep junk out of the gears? Looks like they were 3d printed and wonder if they have a stl file they’re willing to share. 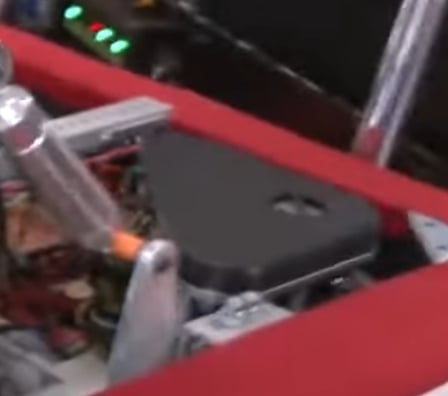 The more I’m looking at this picture it makes me wonder if those are mk4i modules. I don’t see a cut out or bump up for the cage guard for the encoder. It is possible they didn’t install the guard and are using this cover to guard the encoder

The more I’m looking at this picture it makes me wonder if those are mk4i modules. 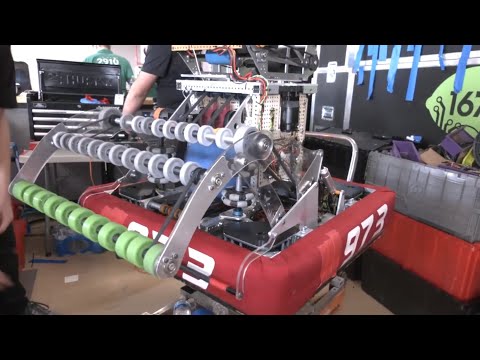 Yeah was watching the video on break and its loud in the building and must’ve missed that.

Those swerve module covers are a great way to protect the CAN wires and encoder from damage during a match! Great idea!

Protecting the encoder itself is questionable since the guard that is designed into the module isn’t used and its pretty beefy. Being able to use both would be best

Well I mentioned it on discord to my team and a senior that’s not even part of the cad team came up with this in a couple hours. Plan to test print it tomorrow for fitment 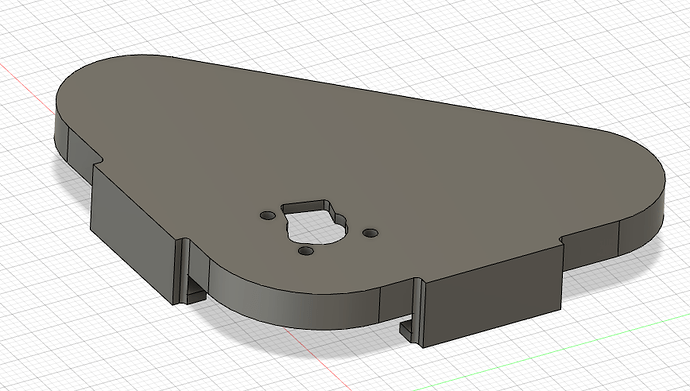 for the love of all that is good (and my CPU slicing 3d printer files), look into .3mf and encourage the people you work with to do the same.

The most common and universal file format for 3D printing is STL. It was released in 1987 and it’s dead simple. An STL file describes…

Calm down some of us haven’t been at this as long as you have or might be as computer literate. I don’t work with computers at work I’ve worked with my hands most of my life. I started slow helping out with the team I’m with until I became a full time mentor. I still have a lot to learn to better instruct the students and I’ve been going in so many directions at once it’s slow. Our team is thin on mentors, and thinner on technical mentors and we get no help from the school. Its like the school has decided we are their stem program since they abandoned their stem lab a few years ago and when the CAD teacher retired last year they decided not to replace him abandoning their cad program. Without the students being able to learn about these thing during the day at school it puts more of a burden on us to teach them more. Well I guess I got on a rant about my team instead of the topic at hand.

I was getting a bit tired, so I decided to try modeling some similar swerve covers to trick myself into staying awake. 40 minutes later, and although I can’t say that worked, I do have a finished part model now that I thought I’d share. 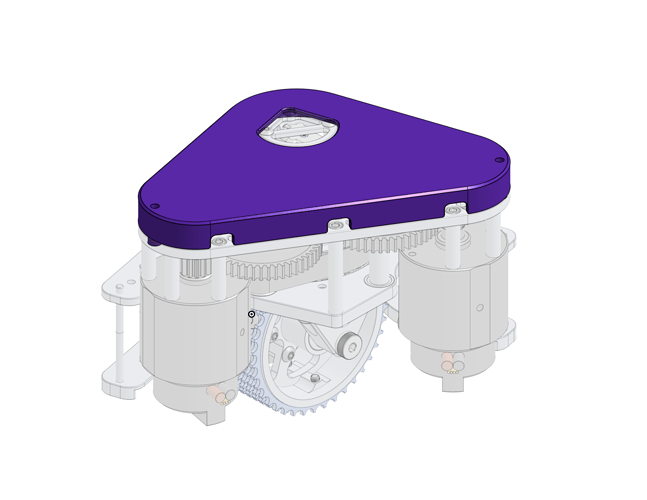 The cover pilots to the modules using the #10-32 socket head screw counterbores left unused in the MK4i’s Falcon 500 mounting configuration, and can be secured to the module through these holes using two #10-32 screws. The top surface of the cover is seated flush with the encoder guard plate so the cover doesn’t increase the overall height of the module, and the clearance pocket also ensures visibility of the encoder LEDs for troubleshooting, as well as access to remove the encoder or guard if needed.

I designed the part to be easy to print in most materials on any common FDM printer (we have access to Prusa MK3s and Markforge MK2s, but anything with a reasonable degree of precision and the requisite build volume should suffice). I would recomend printing the cover with the top surface facing down for the best print quality, as well as printing in a fun color (I like Prusament Galaxy Purple and 604’s bright yellow personally).

(If anyone would like a .stl or .step file of the part, export permissions are enabled though the Onshape link.)

Maybe we’ll print your version over the weekend to see which one has a better fit. I do like how you opened up the encoder area to still be able to install the guard

What you did was very nice but it won’t work for us since we are using neos and the hold down hole is currently being used to mount the neo. It did give us an idea and direction to go in and all we would have to do is move the mounting holes to where they’re not used with a neo

What type of wood is being used on this bot?

Thank you all for the compliments both here and at Chezy Champs. We cleaned up the CAD to an easily sharable version which can be found here. You should be able to download whatever file format you want, or copy the document and make it your own. 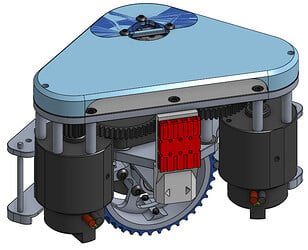 image784×636 93.5 KB
We made these wire guards in result of some tough practice in preparation for CC, and since then made some minor improvements in some complementary parts. Included here are 4 main parts.
The main guard replaces the encoder guard and standoffs and uses two additional 10-32, 1.25"ish bolts. All parts were designed to be printed solid at 0.2mm layer height. We tested them at shop tonight and they seemed to work well. The wire routing tool is designed to wrap the falcon and cancoder wires around and ziptie before removing the tool and installing the top guard. (see picture). 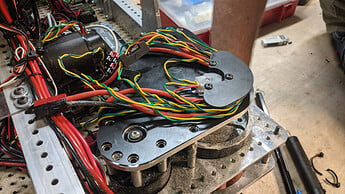 One question I do have is, what grease do you use on the gears? We were thinking of modifying the cover to extend down and be some what of a shield against throwing excess grease everywhere. Thing is I’ve only found one team thats made a similar shield for catching excess grease so is everyone else using a different type of grease or none at all? I was thinking of using white lithium spray on grease because I think we could get a decent coat without getting too much on the gears to fling off.