Most people probably don’t have three or four computers with multiple OSs loaded for webdesign purposes. Thus, it’s hard to get an idea of what your page looks like in different browsers. Even if you designed it with strict w3c standards, it might look weird due to some odd browser glitch. I was browsing around today and found www.browsercam.com

They give you a free 8 hour trial (or 100 screenshots). Their service basically lets you take any webpage, select as many (popular) browsers as you want, and have screenshots of them created in seconds. I was using it today to test out IE5 for OS 9/X and some Linux browsers. 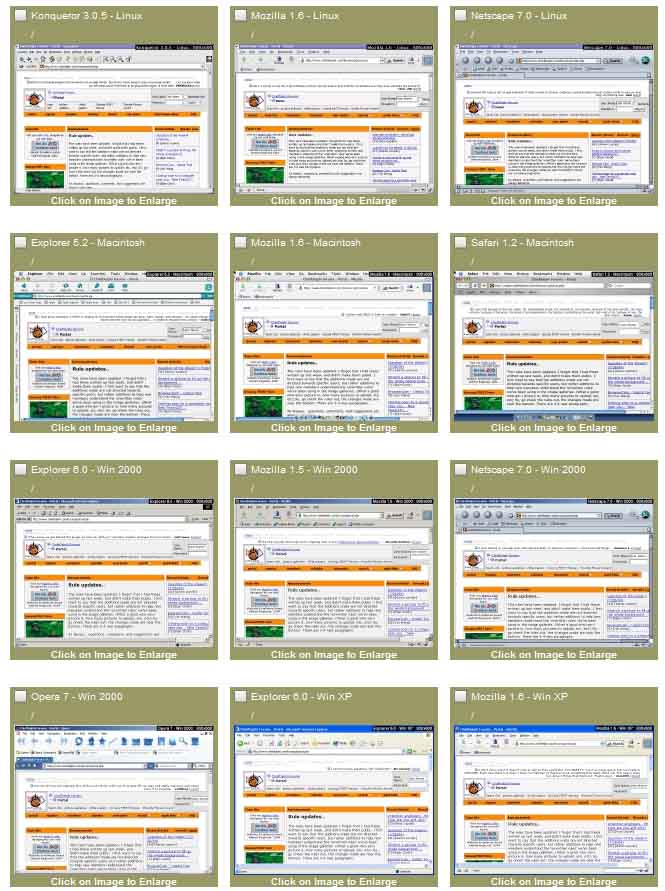 That trial was very useful for me to diagnose problems with my team’s site last year (a bug in KHTML in particular), but it was so full of bugs that I barely got any snapshots. And it’s *incredibly *slow. Good concept, but I really wasn’t impressed for that reason. Of course, one could conceivably sign up for trials multiple times (not that I advocate that :D), which is always good.

If they can get it working, I’d pay for it.

Whoops, I only the saw top six. The picture happens to be the perfect size to cut of the bottom two in my browser.