We took bumblebot to the Brunswick erruption off season event. Unfortunately we were not able to complete every thing so the kids removed what was not working and we played “defense” with a 43 lb (mostly) plastic robot. What made things more interesting this was a rookie event so all “rookies” got to drive and do other drive team duties. In a way I feel sorry for the teams getting paired with us but it seemed a lot of teams did that so I don’t feel that bad. That means our robot was bouncing off of walls, obstacles and other robots. We also at the beginning had some programming issues which made the robot “drive drunk” Now we did get some good data from the experience

with one exception the plastic survived the abuse and the piece that kinda broke broke where it was glued to the next piece instead of bolted so lesson learned - bolt dont glue it together. Luckily one of our team mates had some self tapping screws in their kit which fixed it while having to stay in queue for the next match (we had 1 match between our match 3 and 4 so from the field in the queue we went

There was some other damage too (non plastic related) 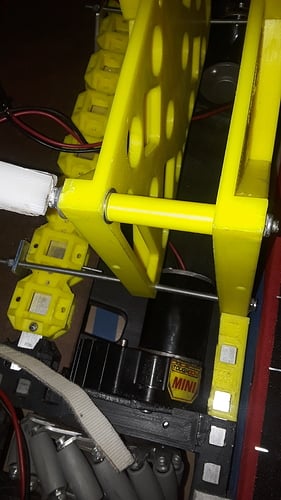 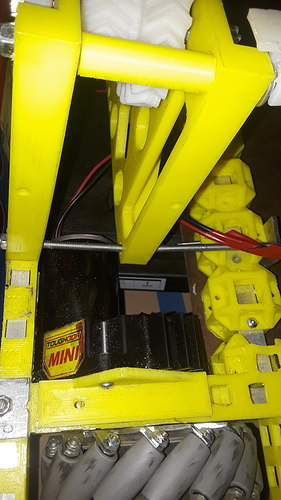 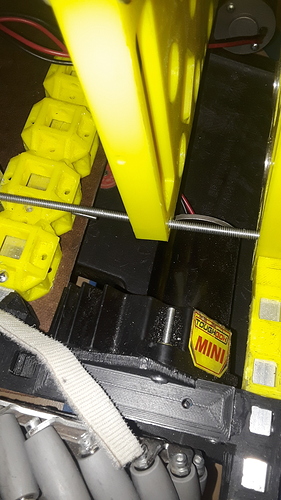 As you can see plastic fine but the threaded rod connecting the plastic pieces got bent pretty good. We used those cause last nights print that should have connected them was off and a bit warped. Now off happens a bit as that seems to be a recurring theme in robotics (like sometimes someone uses the diameter instead of the radius for a calculation etc) warping - not so much. So we put threaded 1/4-20 rod in it instead - well its custom shaped now

Our “next gen” members or “rookies” whatever you want to call them learned a lot - they all got to be on drive team as we rotated them in and out and overall the confidence into our 3DP adventure/project has increased.

Here are some “defense” action shots