Bumper Question. In Need of Help.

We started building our drive train and after having it assembled we realized that our wheels stick out past our frame (which we planned on). What we didn’t plan on, by total accident, was how we would place our bumpers on the robot so we can legally pass inspection. We were wondering if we built our bumpers similar to this if it would then be legal. If not I’m pretty sure we will be changing our drive train. Thanks! 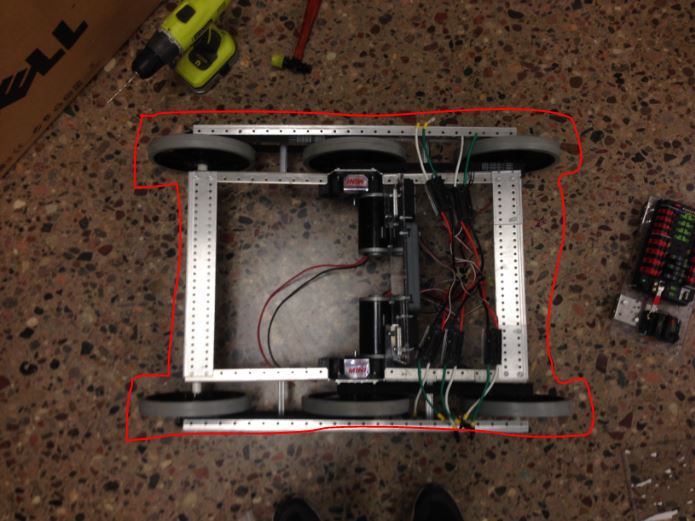 You need to build a metal frame around that perimeter, then mount bumpers to that.

Your current frame perimeter looks like the following image. (in Blue)

I would say the easiest solution is to build a metal frame above your wheels in that shape and mount bumpers to that. That allows your wheels the freedom to be outside your chassis without a complicated mounting system. 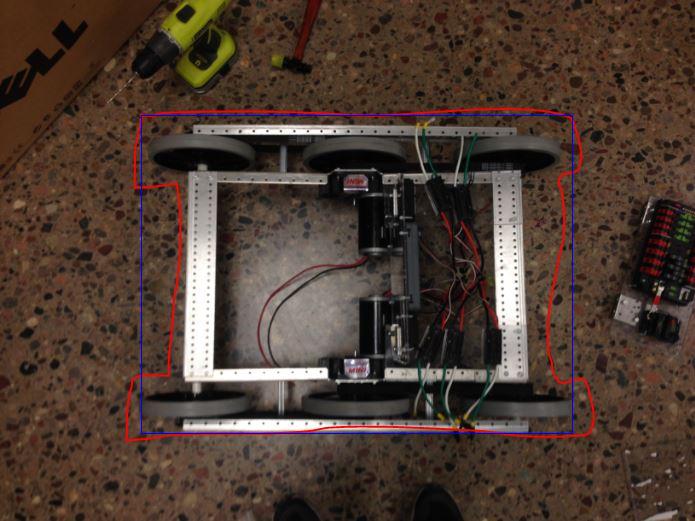