I can start the Simulator and it works. However, I close it, with ‘X’ or the Red close button, after that I get an error if I try to launch it again. I was closing 2020 FRC VBC and relaunch. It worked again.

I found I can Kill the Terminal and it starts a new one. The Simulator will relaunch.

Not sure when this started, I don’t remeber having this issue BUT I think it was after I did a Windows update to v. 2004. I think.

Got a solution but any thoughts? 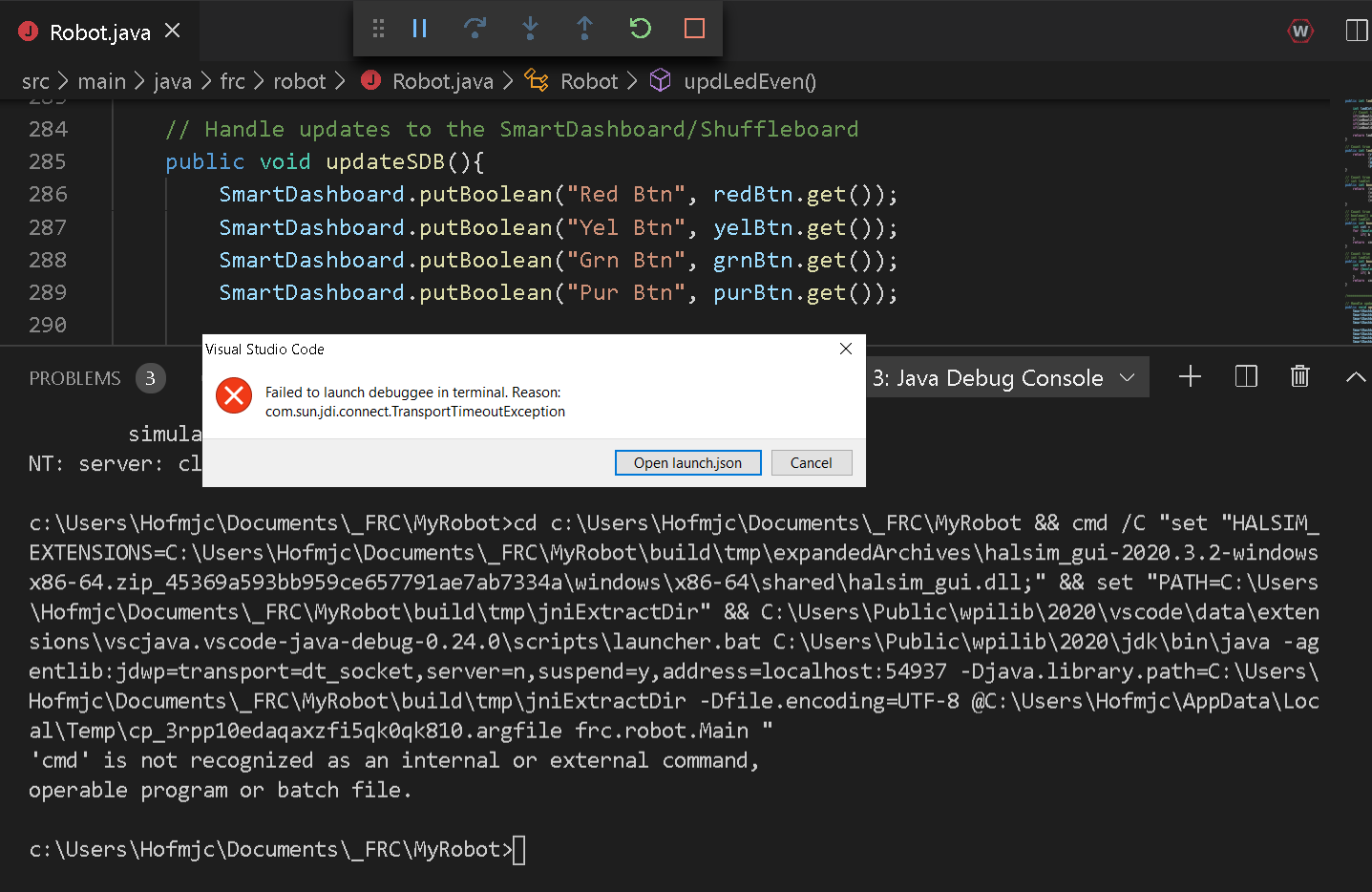 Interestingly enough I have this problem to but only with one robot project. When I simulate our team’s competition code, it only works once. However, I have another robot project (in a different git repo) that will simulate multiple times back to back.

One difference in the code itself is that the one that fails uses a navX and the one that works doesn’t but the differences btwn the 2 are too great to narrow it down to just that.

Another theory of mine is that it has to do with how much is being sent to shuffeboard/smartdashboard. How much stuff are you trying to send that way?

My final theory is that there is some thread from simulation occupying your resources and that is why it works when you close the terminal; that might kill the offending thread.

HMmmm? Welll at least I know it’s no just me.

I’m using it for some noobie training. I have 2 projects I’m working with and both are doing it. They only have 4 DI’d & 4 DO’s, 2 Joysticks with getRawButtons. And a bunch of SDB mappings.
Not much. I might try creating a new Project and add shtuff 1 type at a time.

I see it also when it throws an error asks to open launch.json. Might compare old to clean.