Does anyone know how to maybe generate .chrp audio files?

Example reads to use Tuner.

Tuner has a new page to gen the audio files. 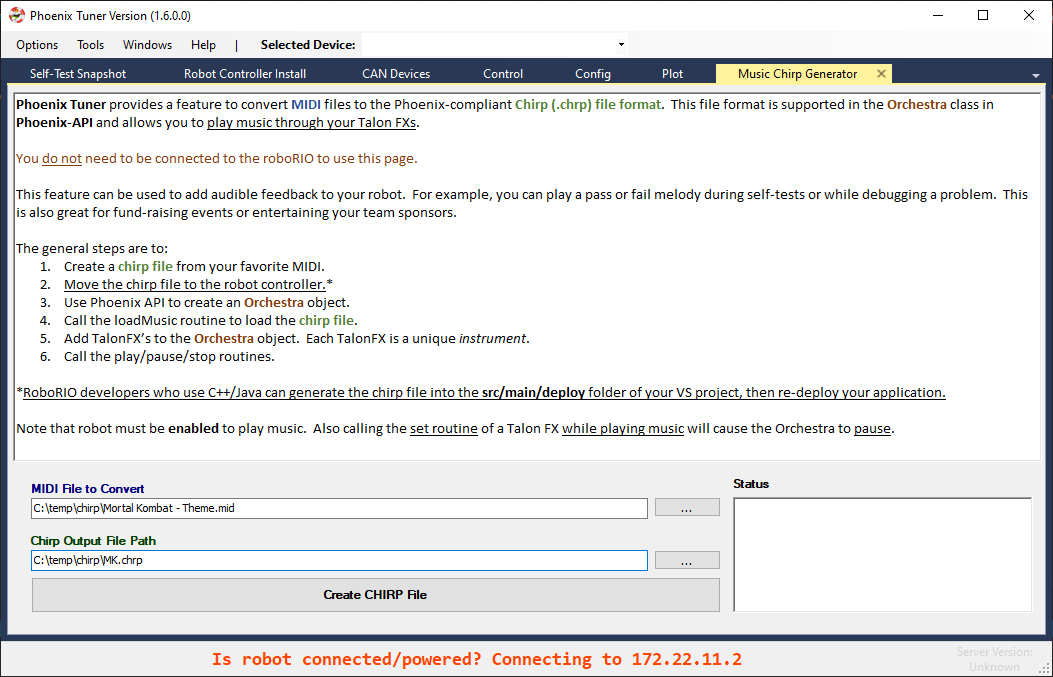 When you make the music, you must post it here! Very interested to see it in action.

When I first saw this I thought it was a meme. I am definitely doing this today, assuming it’s similar to how 3D printer music is.

Should the motors be detached from any mechanisms while doing this, or do they play sound using something other than the motor rotation?

If it’s anything like the plethora of motor-music videos out there (including my own), the frequencies are generating by spinning the motor at specific speeds. So be wary of anything connected that has start/stop limits such as an elevator or arm.

I used to play with a tool that would take MIDI files and generate Gcode to run on a printer or CNC machine. You could tell it the max X/Y/Z ranges of your device and the generated Gcode would run the motors in one direction until they reached the max, and then switch directions. The axes would zip back and forth while the music played.

I figured, though the code comments seem to imply the sound is coming from the Talon FX motor controller itself and not the actual Falcon motor

Should the motors be detached from any mechanisms while doing this, or do they play sound using something other than the motor rotation?

The motor can’t be detached from a Talon FX.

generating by spinning the motor at specific speeds

That’s not how ours works.

So be wary of anything connected that has start/stop limits such as an elevator or arm.

The rotor doesn’t move, so thats not a concern with Talon FX.

We use the motor as a speaker. Which also means you get a better sound if there is something rigidly mounted to the shaft (sound will attenuate through whatever mass attached to the rotor).

My expectation is teams can use this as another debug tool. So if a self-test passes or fails, you can beep the motor that is failing. Or use it for fund raising. Or play music for fun. Lots of cool MIDIs out there.

Or play music for fun.

Fun is a core value! Even out in the "real world’!

What frequency band is supported for this function?

What frequency band is supported for this function?

I doubt they reach those frequencies.
The band is probably wide enough to excite some structural modes, and maybe even to loosen some of the set-screws that are common to mechanisms.

Is this harmful to the motor or the esc. I’ve seen it done with drones but I’ve noticed the motors get warm. 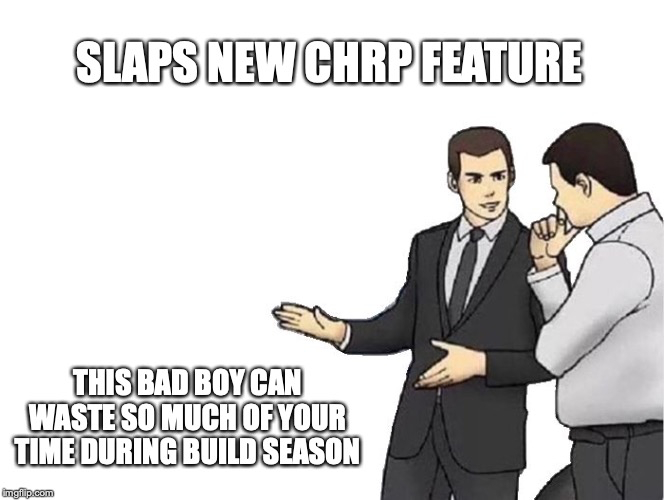 I suspect you are right

. Even if the frequency could be commanded, I’d imagine the physical construction of most robots doesn’t have the frequency response to propagate such audio through the air very far.