My team started using rivets this year and we found that using a pneumatic riveter is much nicer than a hand riveter. I’ve seen on CD that a lot of teams use hand riveters at competition. So, my question is: Are compressors like this allowed in the pits for pneumatic riveters? If not, are we allowed to set up a separate electronics board with an FRC legal compressor to use with the pneumatic riveter?

Lots of teams have air compressors like that for tools.

I think it really depends on the event. We had a competition a couple of years ago where the breaker for the pit area kept tripping, so they asked all teams to turn off things with large power draws and told us to get rid of our compressor.

I can’t see a separate electronics board causing any problems.

However, if you haven’t bought stuff yet, consider https://www.homedepot.com/p/Milwaukee-M12-12-Volt-Lithium-Ion-Cordless-Rivet-Tool-Tool-Only-2550-20/304400907 – it doesn’t require carrying around a compressor for just the one tool, and it’s worked really well for us for the past two years. 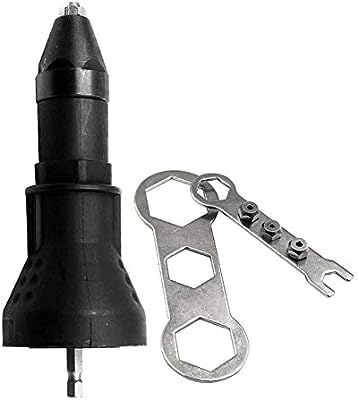 We have the Milwaukee and love it

This is our solution to the “no compressor” problem in case you want a non-electrical way to do it.

+1 for the Milwaukee M12 rivet puller. Worth every penny.

We use a DeWalt 60v cordless compressor so that it isn’t powered by the venue power system.

I have a couple of comments on use of the compressor at competition.

Second, the venues may object strongly, particularly if the event power is supplied by a generator. Large power draws are bad is the general thing there. (In other words: If your pit row goes powerless all of a sudden while your compressor was running or trying to run, please make it disappear before the event staff shows up to ask you to do that.)

Separate electronics board with offboard compressor: Same caveat as above about using it to charge the robot’s air tanks, and in this case you’ll want to make it VERY obvious. Problem is that you need to have air storage, and you need to have the ability to attach the tool–going between the two should do the trick for making it obvious but you might get a highly zealous inspector.

You have a couple of options shown, so I’d suggest looking at those. (Remember: the dilemma isn’t “how do I run a compressor at competition”–it’s “How do I pull rivets at competition”.)

This is a great opportunity for some STEM education