anyone post what button they thought was the coolest, awesomest or most noticable

try to avoid posting your own

I like any buttons that are with flashing LED’s!!!

One of many I have collected… this one is cool and unique. 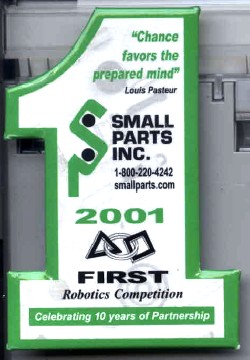 One of many I have collected… this one is cool and unique.

I remember those. Think I have one somewhere. I haven’t officially been on a team that long-- at that time I was still “Official Robo-Orphan” for the BeachBots. I still have the button somewhere.

Well I could go on for a long time with buttons, but these are some that I find really awsome!

How about this Ken Wittlief original?
Only 5 in existance and we have the last one. 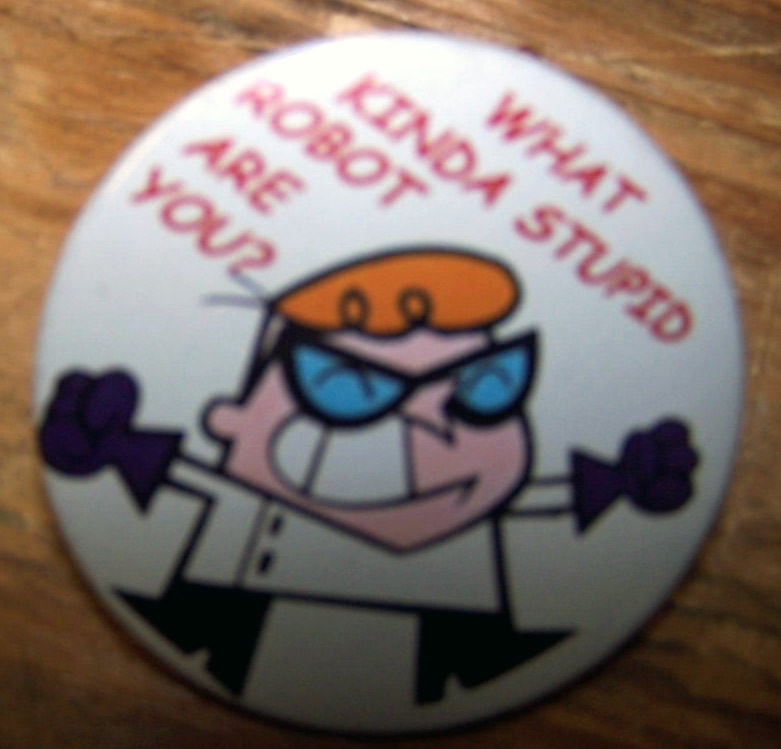 and my prize for highest quality button goes to 1382-Tribotec that was a great button.

Our buttons, of course

Designed by yours truely. 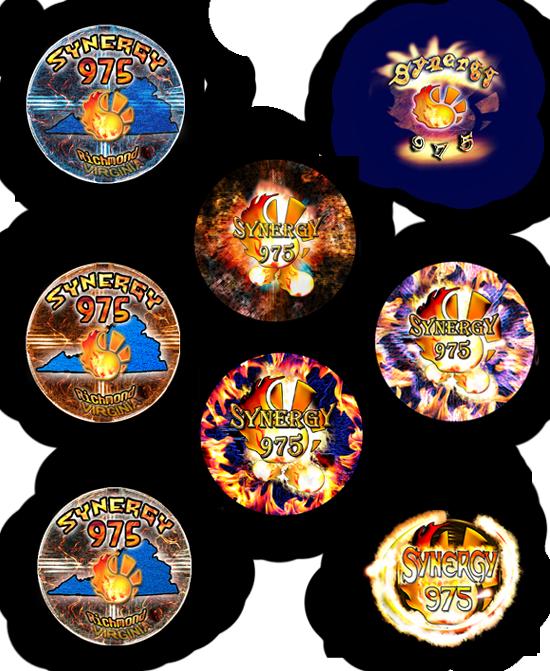 Our buttons, of course

Designed by yours truely.

try to avoid posting your own (from the top of this page!!!)

try to avoid posting your own (from the top of this page!!!)

Yeah well, they are still they best I’ve seen

Yeah well, they are still they best I’ve seen

Ummm lets try not to Brag here, that was alittle edgy buddy…

anyway I like the Chessy Poofs Buttons (254)
Dont have a pic but one of them had Cartman from South Park on it that said
“Got Poof?”
It was pretty sweet.

A team at Annapolis made buttons in the shape of the tetra corner pieces. Those were in high demand. I wish I had a picture, but they were definitely the most creative and coolest buttons I have seen so far.

My favorite by far has got to be 179’s button. When you close the pin it compeletes the circuit and the eyes were LED’s and they lit up…those are awesome!

This is my favorite - its not a button its a pin I got at the last championship at Epcot - I dont remember what team gave it to me, each member only had one or two to trade with other teams.

Its metal with enamal paint? the eyes are leds and they blink (needs new batteries)

I also had an Xcats keychain from back in '99 or 98 - it had a quote from Malcom X, I forget exactly, something about education being our key to the future.

I lost it a while ago - Wish I still had it. was on my keychain for years. 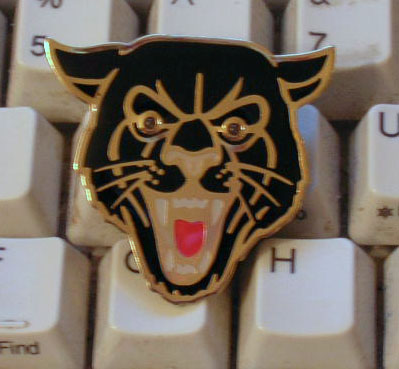 The team with the tetra keychains is 225 and they have posted a picture of them on here…too busy to find it right now though.

The team with the tetra clover buttons is Metal Moose, a 4 digit team.

I got a Kiss Me I’m A Rookie button from someone, it is nifty.

The team with the tetra clover buttons is Metal Moose, a 4 digit team.

I got a Kiss Me I’m A Rookie button from someone, it is nifty.

I was wrong…I was thinking of the keychains that 225 showed a picture of on CD. But I guess a team had tetra clover buttons. Interesting.

I’d say 122 have undoubtably the coolest buttons I have seen. Each button is a piece of thin aluminum waterjet/laser CNCed with with “Team 122” and a lightening (not lightning) pattern. Around the outside, little plastic beads are snapped in to make it into a little omniwheel. This is probably the only button I actually care to save. 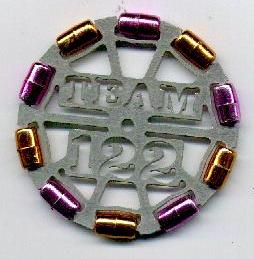