Dashboard Values Not Get

I am helping a team who is going to champs with Labview. We are trying to display a DIO output on the dashboard.

Here is what it looks like:
Attached is dashboard.png

However, I can not get the value to change.
Attached is relevant begin.vi

Many changes to code, no changes to Dashboard. The value does change on Global variables. 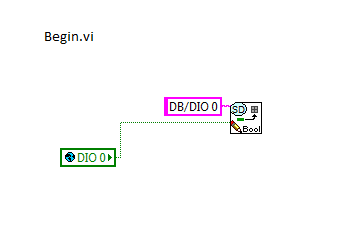 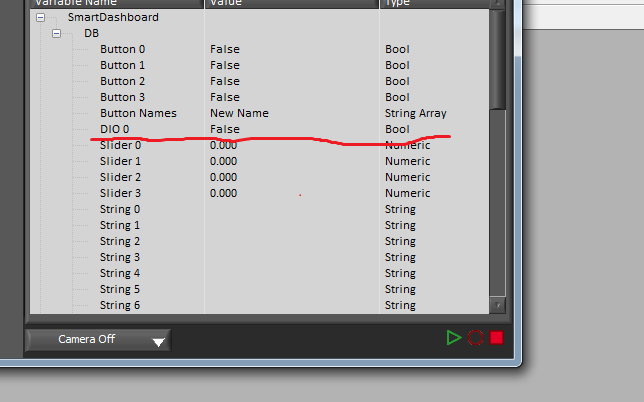 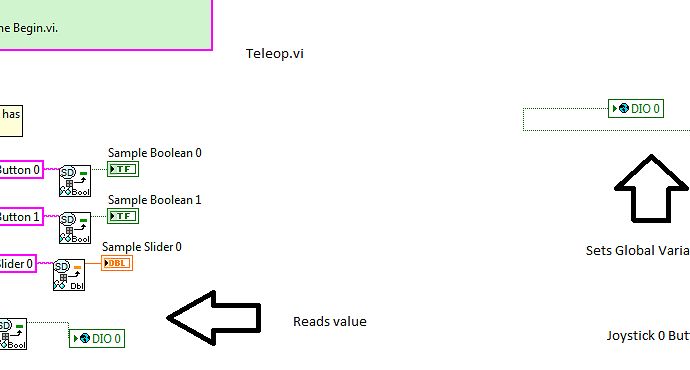 I am helping a team who is going to champs with Labview. We are trying to display a DIO output on the dashboard…
Many changes to code, no changes to Dashboard. The value does change on Global variables.

Where and how are you expecting the value to be displayed on the Dashboard, if you haven’t made any changes to the Dashboard? You have created a new SmartDashboard variable named “DB/DIO 0”, but there isn’t an indicator with that name in the Dashboard program.

I don’t understand what you are trying to do in Teleop. It looks like you are setting the same global variable in two different places. In the spot you have labeled “Reads value”, you probably want instead to write the SD value. But you still have to have a place in the Dashboard for that value to be displayed.

So if I have a dashboard program, where should I put the DIO 0 variable. Does it go with the network table ones?

You can put it where ever you want to. When you do the read on the dashboard project it will update an indicator that you must create.

The code that is in Begin is performing a write operation to the DB variable. The code in TeleOp is using a global variable instead. If you put the Begin code into TeleOp, I believe you will start to see the dashboard value track the DIO.

As mentioned, you may also want to modify the dashboard to bind a specific Boolean to the variable or read the DB variable and update an indicator. But the variable tab works independent of this.