Especially with brushless motors and their power, do teams actually end up utilizing their 2 speed gearboxes? 254 seems to have a 2 speed gear box every year, but it doesn’t seem super necessary, such as in Deep Space when they were doing almost entirely short springs.

If your team does switch often, how often do you actually switch, and how is this controlled during a match?

Even though we weren’t able to compete this year, our robot had a 2 speed gearbox using 3 NEOs per side geared at approximately 7.5 fps (default) and 13 fps. The solenoid was activated when the robot was travelling at least 20% speed and a button on the joystick was held down.

In the practice matches we ran (without defense), the robot was in low gear 90% of the time and was in high gear only for very short sprints (primarily from driver station wall to the bars under the switch).

I suspect that in competition, we would have shifted gears more often in order to transition from sprinting across the field to pushing other robots out of the way or other on-the-fly adjustments to changing situations that were not easily simulated on an empty field.

This is just my team, however. I would be interested to see if other teams have a similar approach to/usage of their 2-speed gearboxes.

None of my teams have shifted gears since 2013, and none effectively since 2010. (2013’s gearboxes were assembled with so much negligence that the robot was basically immobile.) Shifting was generally handled by a button or trigger on the joystick, and usually the robot was geared so low gear was “excuse you, but you’re moving out of my way now”.

Mind you, the shifter’s prime years were back when available motor power was vastly less than what we have today–like “we have to gear this 550 motor down to about 5000 RPM to act like a CIM because we don’t have enough CIMs” less. Between the additional power available, new motor architectures, and an overall better understanding of the craft, a modern single-speed drivetrain with 4-6 brushless motors like the NEO or Falcon 500 would smoke most robots of a decade ago at the same game.

Some will continue to shift though, for a few reasons:

We had 2 speed gearboxes with brushless motors in 2019. My take home from the experience was:

Our driver in 2019 was very skilled, and with lots of training he was able to get the best out of our shifters. That said, we went to single speed gearboxes in 2020 as part of a focus on improving reliability by reducing risk.

Our team’s history has real 2 speed gearboxes (with the piston and stuff) but those years were dry so they probably didnt perform very well.

Our 2020 kitbot runs on 4 falcons. Mechanically it is single speed but software wise, it is 2 speed. Our free speed is 22 ft/s. As i was the original driver, i asked for an option to have a reduced speed (but still fast enough to not have noticeable drops on cycling). We also dont know the exact speed of the reduced setting. I do have a short video of the bot in action if anyone wants to contact me for it.

To the question of if ive ever switched during a match. I never got the chance to compete, but at the practice field, i was 95% in the reduced speed mode as we wanted everyone on the drive team to know how it feels during reduced speed. I did accidentally shift to full by the rendezvous bars and it was not great. Had a powercell there too, jumped about 3 inches, rolled on top of the ball and got stranded

It was a fun season though

I discovered my team used two speed back in 2005, but I think they weren’t that useful because they were only used that time 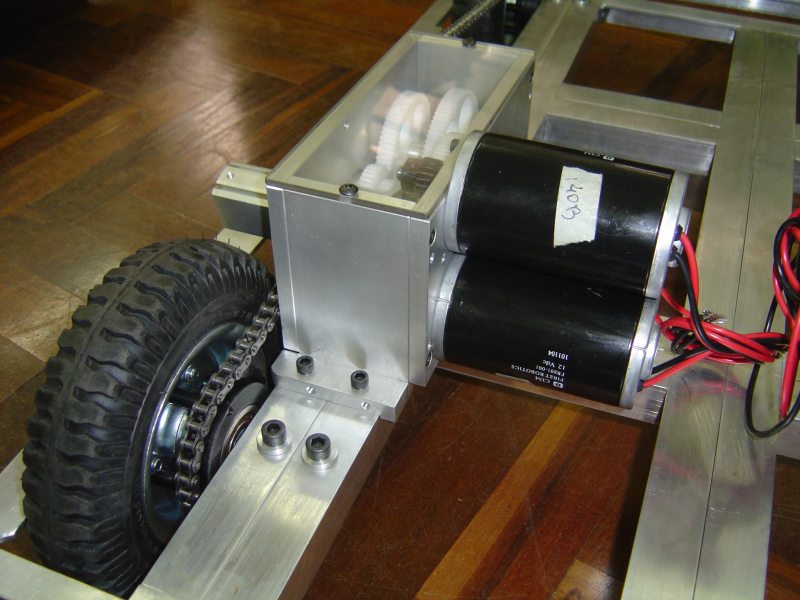 We had a four NEO drive train this season, and had a virtual high gear/low gear. We did this as we had a problem of going instantly from 0-100% (voltage draw exceeding the breakers) and so we had it go to the max it could comfortably do, and when it’s at a certain velocity (based on the encoders) it allows the drivers to switch to maximum speed.

No clue if they used it or not, but it was fun to test.

I know 3256 didn’t shift for the entirety of Day 1 at CPR this year, but once we got our pneumatics set up correctly by Day 2 I believe we started shifting. We played most of our defense in high gear apparently, just relying on momentum and drive-by defense, rather than focused, positional defense.

So the answer would be yes, but after some consideration we might switch to three or two Falcon SS for the 2020 season, after our experiences at CPR. The added complexity of shifting might just not be worth it anymore, especially in the new age of brushless motors.

Does anyone have any thoughts on three Falcon SS designs, like the one 2056 ran this year, by chance? Looking for some second opinions in regards to that.

There are two main reasons to use a 2-speed gearbox:

Faster Sprint Times – Low gear is used for higher acceleration and high gear is used for faster top speeds, with a typical shifter spread of around 2-3x. This allows you to get from point A to point B faster than a single speed gearbox with the same motor power. In order to see any significant benefit though, you need to be sprinting a far distance (more than half the field length) and implement auto-shifting code. And even then you’re only saving a second or two each run. Nowadays it’s a lot easier to just throw 6 Falcons on your drivetrain and get more or less the same sprint time with much less complexity.

More Pushing Power – High gear is used for most of the match and low gear is used on the relatively rare occasion that you need to push another robot out of your way, with a typical shifter spread of around 5-6x. For games with wide open fields this isn’t necessary because you can avoid defense with speed, but it can be useful on more closed-down fields where you would expect to see defense in high-traffic areas. A very slow low gear allows for maximum pushing power without causing brownouts or tripping breakers.

Because of the difference in shifter spread and overall speeds, you generally need to pick one reason or the other for using a shifter. It’s hard to find ratios that give both benefits, and if you do you’re likely not getting either benefit in full.

For 2020, we chose to use a shifter to get extra pushing power. A number of times in 2019 we were hampered by defense where we could neither drive around it nor push through it. In our strategy discussions this year we saw a few points on the field where we were afraid that may happen again, so we decided the shifter was worth it. Our drivetrain was designed so that most of the time we would stay in high gear (18 ft/s), which was optimized for sprinting ~15 ft without shifting. When needed we would shift into low gear (~4 ft/s) which was optimized to give us the maximum pushing power at a slow speed without tripping breakers or causing brownouts. A spring return was designed to return the gearbox to high gear in case of pressure loss, but it was never implemented. We found this to be useful to help beat defense at the one event we attended, using it 1-2 times per match on average.

987 has used 2 speeds for many, many years. We have found a judicious use of low speed can of course be helpful if there happens to be a need to achieve an exact position somewhere on the field for element placement or end game controlled final approach for climbs, etc… We do train extensively, however, to avoid pushing matches as much as possible to maintain high cycle rates. LSS, need for 2 speeds is often game dependent (2015 a prime example).

You had so much traction that you had to gear to 4ft/s to maximize it? More torque doesn’t help if it just causes your wheels to spin.

On 2791, we’ve been doing single speed the past few years and really haven’t missed shifting, especially since the brushless revolution. I think for most teams, the additional driving complexity it introduces is not worth it for the handful of situations where it’d make a meaningful difference. I’d rather have a driver who can dance around defenders than try and push through them.

Nope, just checked again and it’s more like 6.5 ft/s. Must have made a mistake converting from m/s to ft/s

I’ve been itching to play with a 2 speed. With some clever coding, I think you can make it function like a 1 speed, so there isn’t the annoying “jerk” when you switch speeds.

Is the complexity worth it? Probably not. Doesn’t mean we wouldn’t test it.

OCR: Entirely low gear, no limelight for half the event. (week one be like that)
LAR: Mostly high gear and and bumping things
Champs: All high gear until I needed to shove other robots.

That high gear was a bit too high (~18fps) but still controllable.

4513 had an automatic shifting setup for both 2019 and 2020 (though i dont know too much about it), and a button to lock it in to low gear if needed. While it was originally cool, part of the goals of the new gearbox setup was to save weight after some issues in 2018 which this system did not solve (iirc, 775’s, redlines, and VEX 3 cim gearboxes in total weighed ~20lb) and we had a slew of brownout issues through most of 2019 which would personally put me off from actually using shifting gearboxes (and 775s) again compared to just 2 brushless motors. Outside of some specific defense applications in 2019, i dont think we had any noticeable improvement for using them.

2021 had plans for a custom NEO gearbox after finally being able to play with them on our shooter, but those plans are on hold for obvious reasons.

I agree with Sohom that this year’s combination of increased available power and shorter sprint distances made shifting much less valuable this year. And indeed, my team opted to go single speed this year.

In fact, I would go so far as to suggest that if a team doesn’t have time to implement automatic shifting well they shouldn’t bother with shifting gearboxes at all.

I used to be a big proponent of shifting gearboxes (if your team had the ability to implement them correctly), as in the pre-brushless era, and especially in the more motor-limited era, 2 speed gearboxes were a great way to maximize both speed and pushing power while keeping yourself from popping breakers.

Nowadays, while in some games with full-field sprints they can be useful, the utility gained is marginal, and I would advise any team, even ones with tons of resources, to use a single speed drive.