Welcome to 5417’s first build thread! We are joining the #openalliance. We have been running for 7 years out of Allen High School, first at the main campus and recently in the last few years, we moved to the Steam Center.

We will be competing at Week 1 Waco and Week 4 Irving, hope to see y’all there!

Week of Kickoff (Week 1)
This week we started off the season with our tools training for newcomers and safety training. Our build team is then split off into various groups to create prototypes and develop ideas that was thought up. We approach prototyping by looking for two things out of each concept, the magic numbers, and the proof of concept. Every prototype has a purpose, we prototype only to prove that such idea is possible and can be converted to an actual mechanism. As well as to obtain to magic numbers for creation of a mock up/semi realistic mechanism.

Week 2
This week we started wrapping up prototyping various ideas and started thinning down to 1 or 2 ideas for each mechanism. This way we can jump into week 3 finalizing plans and proceed with integration and final designs. This will ensure that we are on schedule to deliver a “final” cad on 12:00 PM 1/30/2022

Intestine is a weird name for a component

we’re ending our week 3 short as our team will be handling a FLL and FTC event this Saturday, so here’s our rundown of this weeks progress! This week was a much quieter week as were only able to hold 1 full length meeting and 1 half length meeting due to our obligation with making props for our school play and hosting events. However we still made tremendous strides in mainly intake/intestine and shooter prototyping. We’re projected to have our integrated robot cad to be done by this weekend as the cad currently is just various mechanisms having their prototypes and non integrated cad.

Half way to Comp!

Today marks the halfway point from kickoff to our first comp!!! (I myself is not looking forward to the next few weeks) We are almost done finalizing the robot CAD and have started production and assembly on the major mechanisms. The schedule is to hopefully finish assembly by next Thursday and transfer robot to programming. Here’s a quick run through of all the mechanisms for this week. 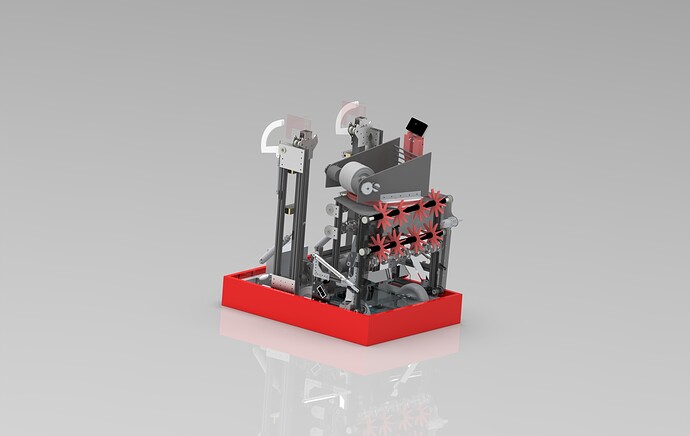 However, everything went down hill after that, we made a decision to shrink the drivetrain last minute as it did not fit our requirement of width of 21-23 inches that we set at the beginning of the season, but this was poorly communicated as we welded a frame that was the old sizing. We had a discussion of what can be done to minimize the damage and we concluded to proceed with the already welded together frame as a test base to ensure that there aren’t any integration problems by mounting everything on it first, then transfer over to the correct frame. Now, systems updates!

Conclusion:
We were able to get an extreme amount of work done this week as we had a 10-10 meeting this Saturday, however, integration problems are always unexpected, so we will be falling behind schedule, hopefully we can speed up our process this up coming week and present a competition ready robot by Thursday. 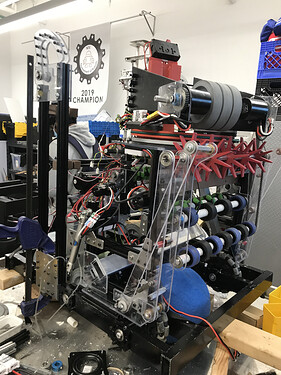 image3024×4032 1.98 MB
This week had a huge amount of progress, only thing left to do on the comp bot is to rewire cam and do a little of wiring management. Hoping to get robot 100% completed on Tuesday and have robot functional for drivers on Saturday for a 6 hour driver practice before we go off the comp. Here’s the systems update for this week.
1 Like