Electrical board underneath the robot?

Hi all, I have a weird question, is it possible to mount an electrical board underneath the robot? Our team wants to go to that direction and I am asking if that it’s even legal?
We are thinking of mounting our electrical components as they will be against the floor (upside down)

I know we will have to put the breaker and the battery in an accessible place, but other then that is it allowed?
We are taking into account the possibility of stuff getting under our robot (like game pieces), we will put some sort of shield on our board.
Any team did this before? Guess I won’t even bother asking if you guys think it’s a good idea

We did something like that before - we added a hinge, so to access the board you placed the robot on its side and opened out the eletrical board, and the bottom of the board protected it during the match when it was closed. You couldn’t really run the robot and work on the board at the same time, but otherwise it worked out fine.

Well, except for one mistake - one of the leads wasn’t long enough to stay connected when we opened the board, so we had to disconnect it each time and reconnect it before closing it. Which was ok, until a practice session when we forgot to connect it again. The lead in question was the limit switch for the winch on the climber, which caused it to keep running until it destroyed itself. It had to be rebuilt at the competition.

95 has done it a few times. Aside from the risk of all your electrons falling out, it works out fine. 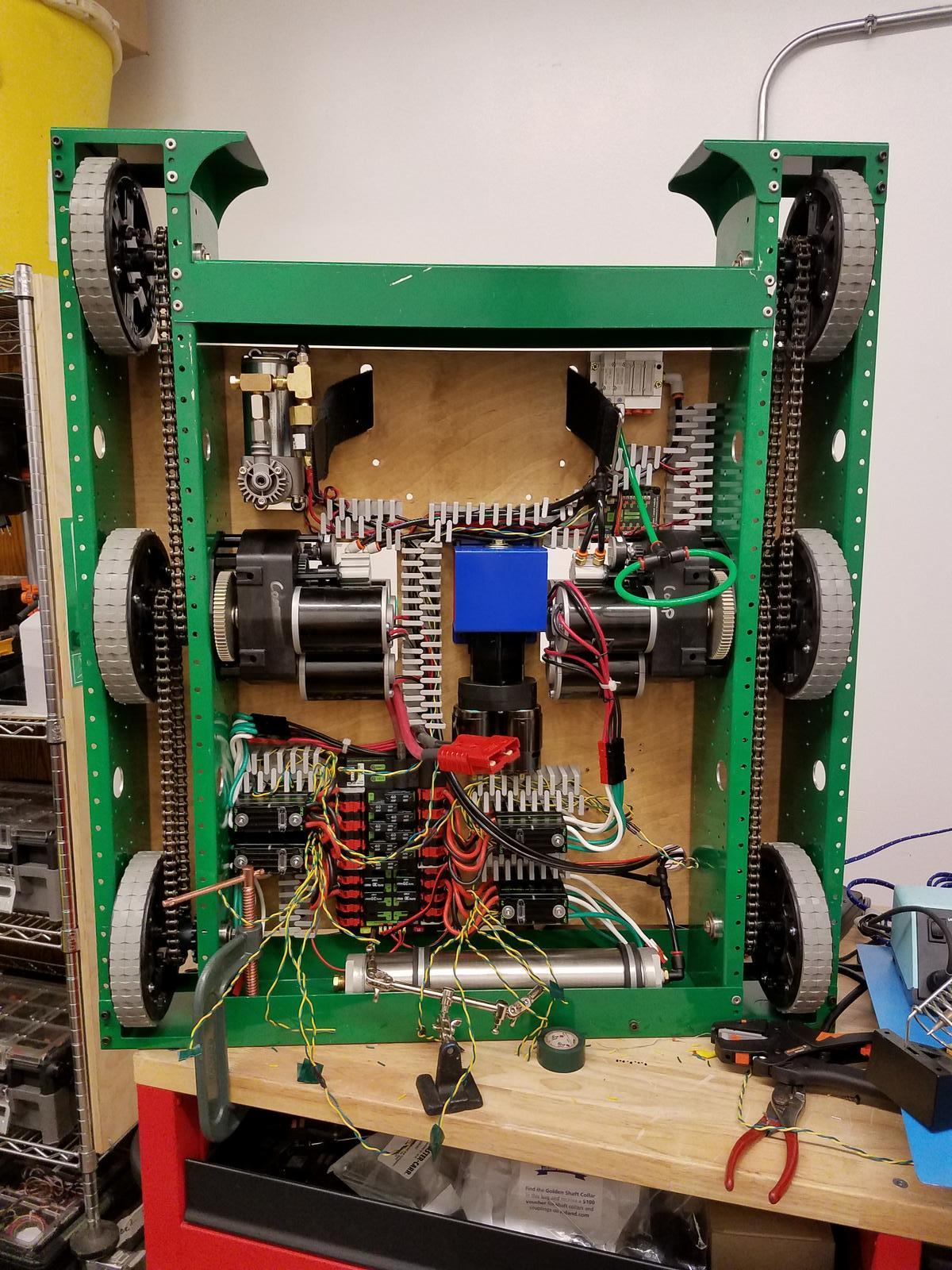 Metal chips and debris will fall out of components and they’re generally better protected. On the other hand they’re more difficult to access for preventive maintenance and troubleshooting. We tend to think it’s a net benefit.

There are historically rules about visibility for status lights on the radio, which you really dont want under the robot anyway, and visibility of the robot controller is beneficial for your own troubleshooting.

There is nothing illegal about mounting the electronics upside down under the robot. We did that in 2017 for the SteamWorks game where the top side of our robot was completely taken up by a “fuel” hopper and shooter. We even won an Industrial Design Award for the robot that year.

A few things to think about:

I’ve seen a couple of teams do it, but IMHO it’s more beneficial to use an electrical board above the robot. One of the big flaws I see with an electric board underneath the robot is how easy it would be to damage it without an additional covering (ie running over a ball) and how annoying it would be to fix it in the event of a failure. If you really wanted to use an electrical board underneath the robot, than you should definetly cover everything and use a lot of zip ties, hope this helps! 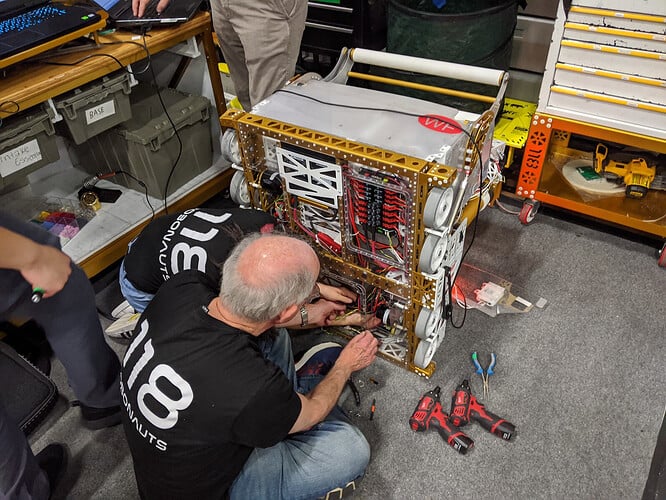 I would suggest only doing this if the workmanship on your team is such that your team typically does not experience electrical issues throughout the competition season. Have you considered mounting the control system on one or more adjacent vertical surfaces? You may have to add protective panels if it is on the outside. For 2017, we installed the control system on the inside of the side panels.

My son’s team did this successfully in 2014 and had zero electrical issues. We only took the protective cover off to allow an RI to verify the breakers were the correct type. It was successful because I enforced strict QC checks on all connections.

As others have said, perfectly legal as long as key LEDs and the main breaker are visible with the robot on the field, and everything is inspectable. That said, those I have spoken with who tried it don’t plan to do it again because it’s hard to just put the robot on blocks and watch the various controllers’ LEDs while running tests. If your does this, I would recommend building a “table” with no surface, but which supports the robot high enough that someone can lay down underneath the table to watch (and tweak) the control board with the robot upright. And of course, put a solid shield over the control board so that game pieces and field elements and parts of other robots don’t slam into your controls parts from beneath. 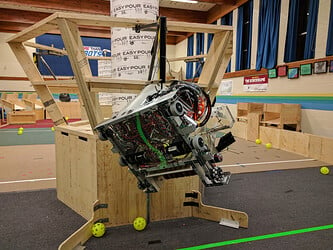 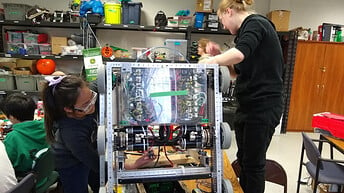 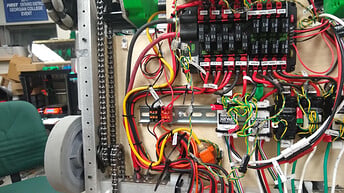 One nice thing about an “underbelly” electronics bay is that you get to use both sides of your belly pan for mounting, doubling the usable surface area. We typically have the PDB and motor controllers underneath the belly pan, and the Rio (which often needs quick access) and pneumatics (which are thicker than 2") above.

[Edit] - If you foresee a game where robots will lift eachother up on forks (2018, 2019 and 2020 rarely), you might want to protect an underbelly electronics bay with aluminum cross bars.

We had flipped electronics this year, along with a 1/16" polycarb sheet ziptied to the chasssis frame underneath it which served as a dust protector / prevented any damage whenever we drove over power cells