Music is typically a background element when watching a match, but when the song selection is just right - especially when the tempo and mood match the action down on the field - it can create a lasting emotional response that adds to the spectating experience and makes it more memorable.

I will never forget Finals 3 of Chezy Champs 2015 - not just because of how close the match was and how much energy was in the room, but also because the music played during the match further reinforced that feeling of suspense that everyone in the room felt. The song was Divinity, by Porter Robinson, and while by itself it’s a pretty decent song, it was one of the few things that could actually make a Recycle Rush match more exciting.

There are a few staples that are always played in elims matches (Thunderstruck by AC/DC, Sandstorm by Darude, and The Final Coundown by Europe, to name a few), but I would love to add some more variety to the mix of music that better reflects the high stakes, high energy rush of elimination matches in FRC.

If you have any music that you feel would really fit an FRC elimination match, or a specific mood for a match, consider sharing it here (with links). I know FIRST has its own official music list, but offseasons tend to have more freedom with music choice.

Some music I would like to see in elims:

I was thinking corneria from SSB

This is the best finals music and I cannot be convinced otherwise.

I put together this playlist in 2018 of high-energy video game music to fit with the video game theme that year. Not all of it is playoff match material, but maybe I should expand this in the near future assuming Twitch’s DMCA policy isn’t changed by 2022.

Really any level/boss music that originated in that 80s/90s era from Nintendo, Capcom (rip), or Konami (double rip) and is still being carried on in SSB or otherwise would make the cut.

Honestly so much of it fits the energy of FRC considerably better than half the stuff played at events.

I’d like to see these two incorporated going forward.

Given that Nintendo has arguably the worst possible track record for copyright related affairs, I somehow doubt they’re going to allow FIRST to play their music at events. Maybe I’m too pessimistic though. Hope I’m wrong.

One of the events at WPI (I don’t remember if it was an official event or Battlecry) used one of the Halo theme songs for a finals match (I think for FIRST Power Up). I remember it being very epic at the time, though clearly I don’t remember all the specifics now.

So, I guess I’m seconding the idea of video game music often working well. It’s the classical-music-equivalent of the modern era, evoking strong emotions while being primarily instrumental.

Not for official events, but for offseasons it could work decently well enough.

I know FIRST has its own official music list, but offseasons tend to have more freedom with music choice.

They’ve usually been good about anything using their music that isn’t just an upload of their music, and they don’t even crack down on those too often. I’m considerably less worried about Nintendo music than the pop music that gets played at official events and already gets match uploads taken down and muted.

Edit: In response to the below post, I fear anime music the most in terms of copyright. But again, it won’t be much worse than the music FIRST already doesn’t get the rights to.

Theres a lot of (mostly battle) music from anime that could easily be used for elim’s music, so much so that some events already have started to use them during matches.

O Fortuna would be epic.

Haha, Einstein finals 2 almost ALWAYS plays this song: Pirates of the caribbean House/Electro Mix - YouTube
Although I have no Idea what Pirates of the Caribbean has to do with FRC or any of the games in the past they have played it without fail.

So if you want to break the trend and play this during Elims instead, by all means do so.

To show what I am talking about I have included a couple of these matches which ALL use this song. They are all Einstein final 2 matches and they all play that Pirates of the Caribbean theme. 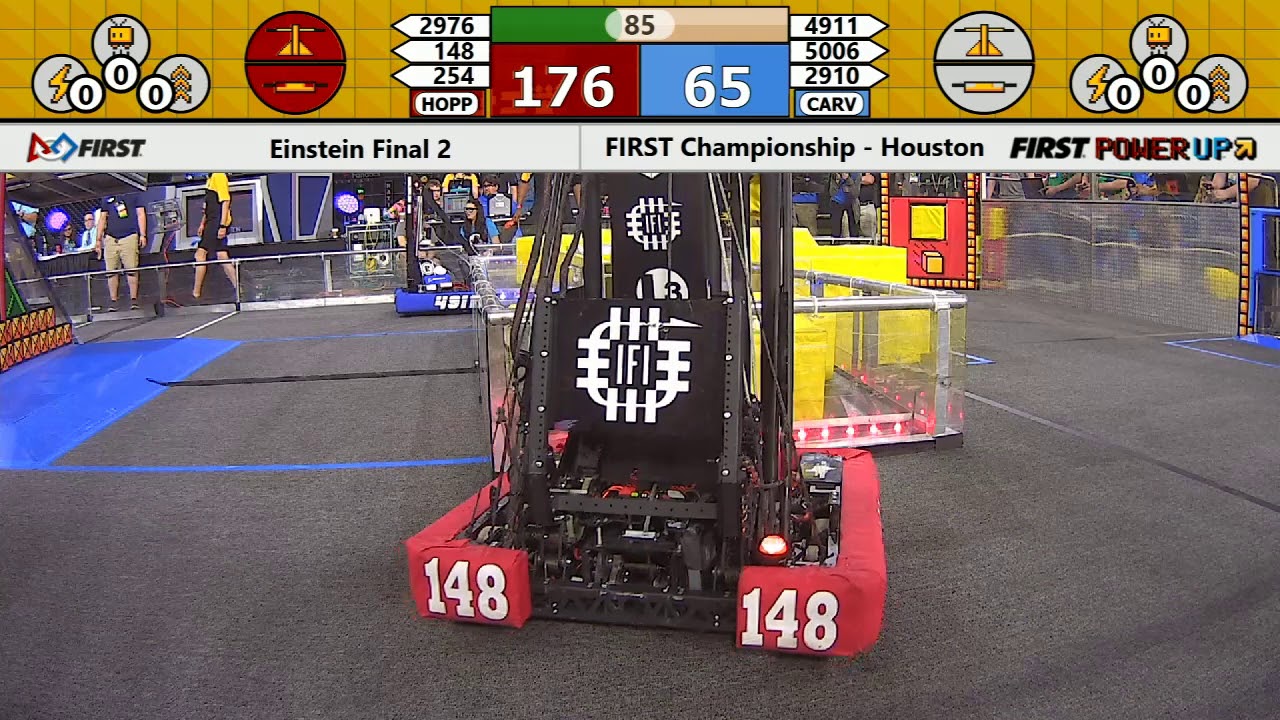 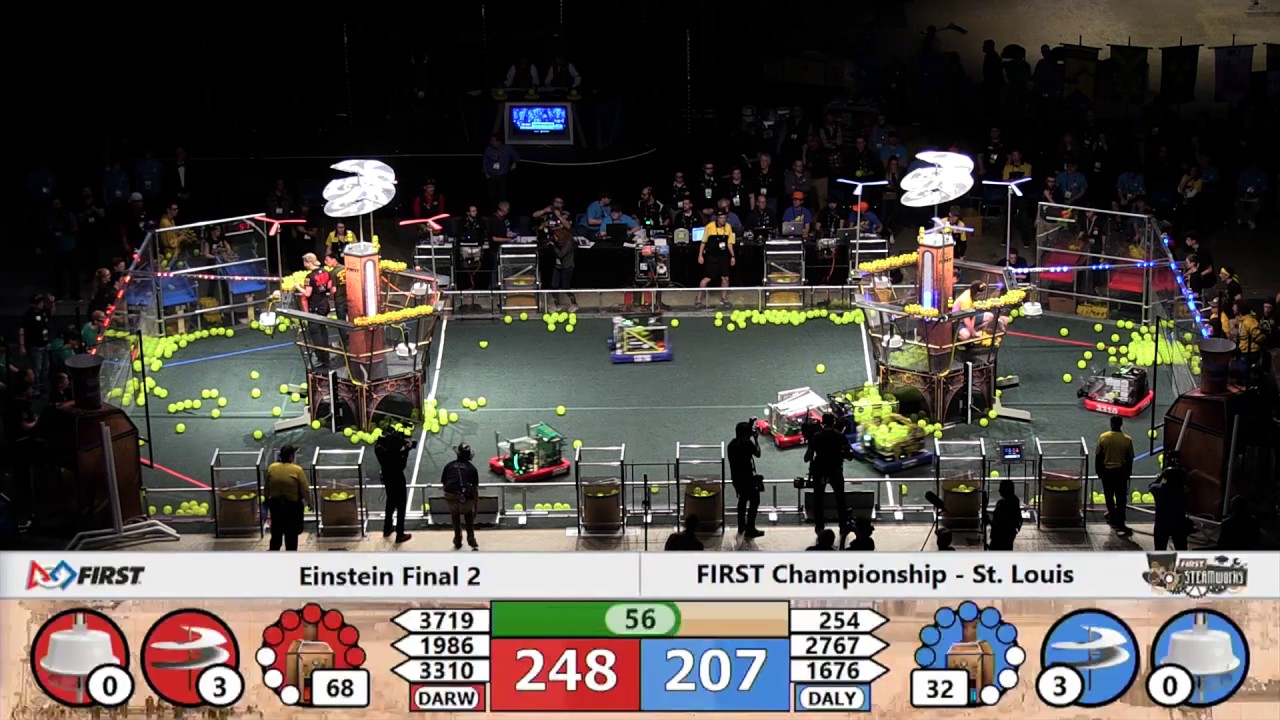 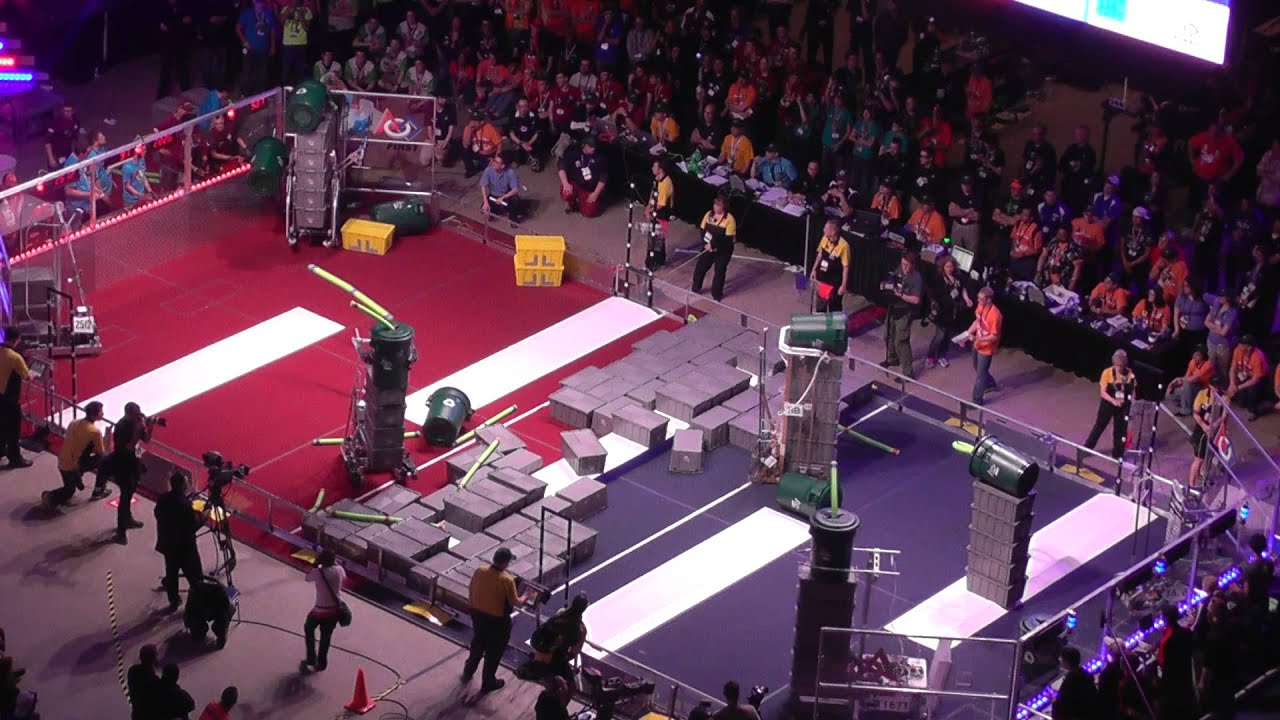