I am setting up a brand new Lenovo IdeaPad 320 for the upcoming 2018 season. I installed Eclipse, WPILIB, the CTRE Libraries, the NavX libraries, and the Update Suite. In Eclipse, I also imported our code from last season so I could test out whether everything was working or not. Everything went smoothly, up until I tried to build the code. The compiler returned this:

I tried both, tried setting them to the JDK instead of the JRE, and haven’t had any luck. Has anyone else had this issue, or any ideas on how to solve it? They would be greatly appreciated.

Then, configure Eclipse to use Java 8 in Preferences -> Java -> Installed JREs -> click the checkbox next to Java SE 8 and unselect Java SE 9. 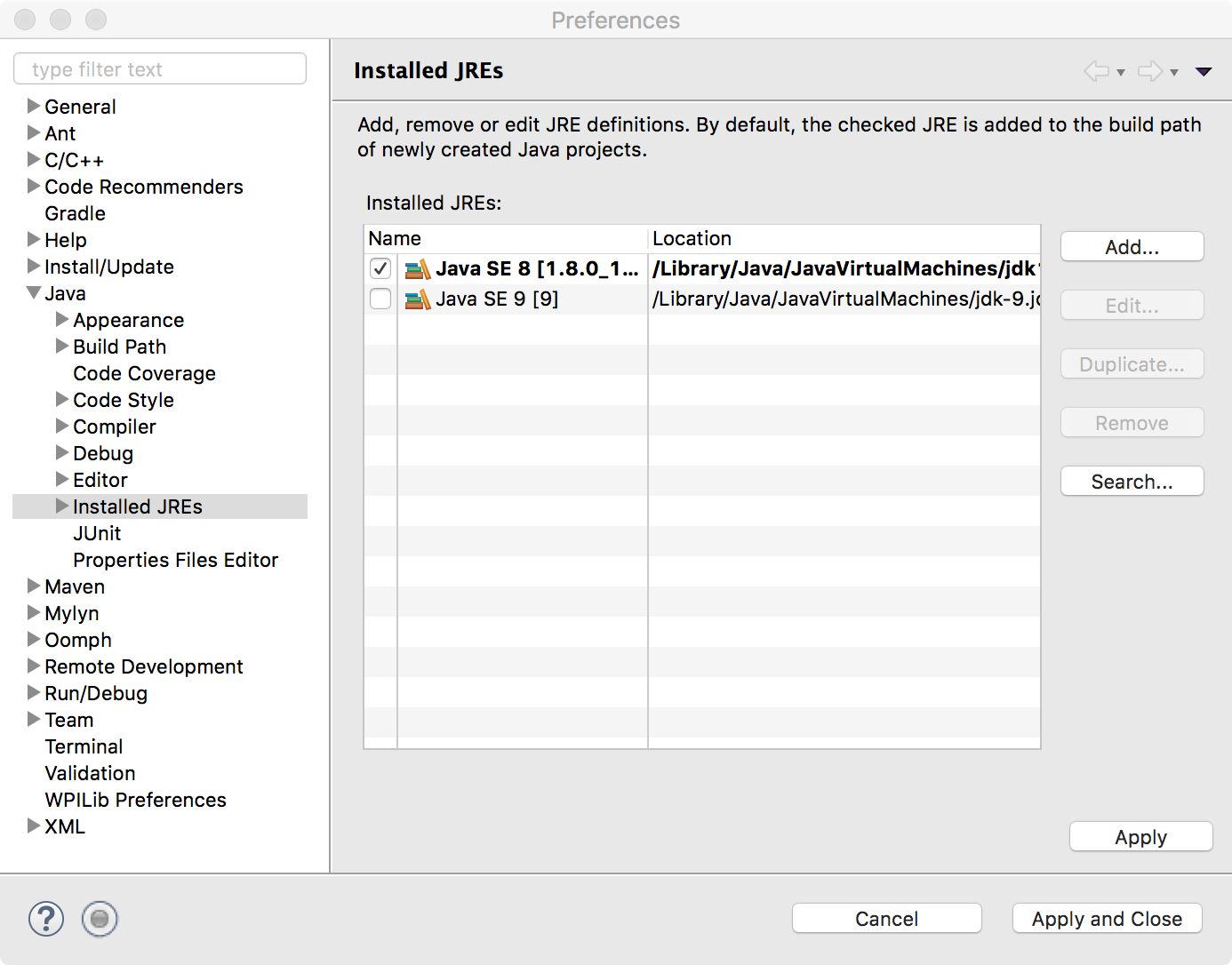 Any chance we are going to get java9 support this year? Lots of our kids are having this problem with their personal laptops.

Any chance we are going to get java9 support this year? Lots of our kids are having this problem with their personal laptops.

Probably not, you’ll just have to make sure all development laptops have JDK 8 installed. Once it’s installed, its pretty much good to go.

Any chance we are going to get java9 support this year?

Definitely not. Oracle doesn’t distribute any 32-bit builds of Java 9, and many school computers and laptops still use 32-bit operating systems. Java 9 also breaks some of our desktop tools like outlineviewer and shuffleboard. Not to mention moving to a new platform for the RoboRIO…

I don’t see us moving on from Java 8 for several years.

Thanks we have them up and going, and everyone got to learn about environment variables and other fun stuff too.

I guess it is a feature and not a bug.