Given restrictions on in-person gatherings, 6328 is putting together summer training programs for our students that can be done virtually. We’re about to launch programs for CAD and programming training and will be sharing that curriculum in the spirit of collaboration and #openalliance in the hopes that other teams can make use of it and help us improve the program. Coming soon…!

We’re also looking to develop virtual non-technical training. We have curriculum in the works to train more students in our sponsor development program (which we piloted to great success for the 2020 season) and we’ll also share that with the FIRST community. But I’m wondering if other teams already have training programs for student leadership - ways to help student team leads develop and practice the skills needed to be role models and teachers to their peers - or other non-tech skills such as business writing, budgeting, etc. If something already exists, there’s no need for anyone to reinvent the wheel.

Do you have any training programs that have worked well for the students on your team? Have you been able to adapt it to use in a virtual world? Would love to hear ideas and suggestions. Thanks!

Would like to bump this for Katie, we’re still looking for some good examples of student leadership training programs!

Our programming team has been iterating on a series of classes for quite a few years: http://programming.team2168.org

We’ve recently shifted to a more student led instruction in this area, and I believe our programming lead made some modifications/updates this past season which aren’t reflected in the above URL. I’ll reach out to her and see if we can get those published publicly.

For electrical, we put together some slides which were accompanied by in person labs (unfortunately not recorded… My fault, being shy). The labs are roughly outlined though, usually with objectives identified. The course was given with the physical items out on the bench to facilitate discussion and familiarity with components (e.g. disassembled motors). 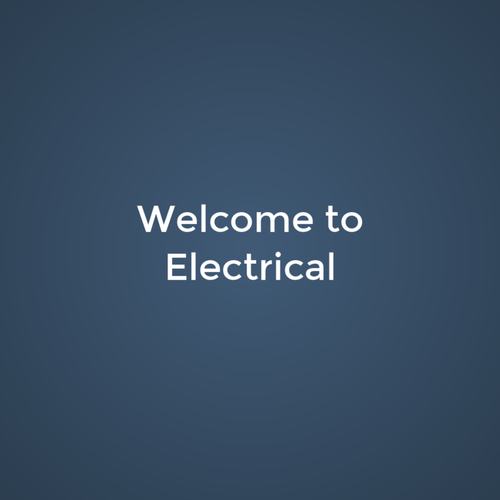 We’re likely in the same boat as you (and many teams) - we’re still in the process of figuring out how to run courses for areas which have historically been much more hands on/reliant on in person instruction (mechanical, cad, fab, etc).

6328 is in week 2 of piloting an in-house programming training course using some cute little (relatively) inexpensive robots so students actually have something at home to physically run code on. Pushing to get the curriculum shared publicly Real Soon Now! We also have a CAD one starting in a couple weeks (will also be available publicly) and I know mentors are working out ways to use our shop space in a safe, distanced way to do fab machine training later this fall (depending on the course of the pandemic in MA). Electrical has still been a puzzle for current circumstances.

I had been hoping to find resources to as a starting point for the non-technical training (communication, leadership, etc. more than Applying for Awards and similar). We’re moving forward with plans and will be making whatever we come up with available as well, but surely other teams have done something that can be adapted to virtual? Maybe?

Sorry I missed this a couple of weeks ago!

I don’t have anything “good” at the moment, but we did attempt some leadership training/expectations meeting with people interested in leadership training: https://drive.google.com/file/d/1pha4rAZpkPTGAUelCNDkyi_M0Bi8C7c7/view. A lot of the descriptions I stole from 3538 (credited in the slides) and I think there’s value in watching some of Simon Sinek’s videos and talking about what people took away from it. Before we went through this presentation as a team, I had anyone interested in captain watch this video and send me some notes of what they took away from the video: https://www.youtube.com/watch?v=RyTQ5-SQYTo and it sparked some good conversations with some of them.

I’m curious, what robots are you using?

I know some teams utilize the Student Leadership Challenge, which follow the The Five Practices of Exemplary Leadership®:

Thank you! We will definitely check that out.

This is a bit of a preview, because the programming team is still actively piloting the training curriculum. And I don’t have the technical background to explain the decision behind why they went with this unit for our students. Hopefully they won’t get mad at me for ruining the surprise…???

The highly integrated Zumo 32U4 is our newest Zumo robot. Enhancements over the older Zumo robot for Arduino include a built-in Arduino-compatible ATmega32U4 microcontroller, an LCD, encoders for closed-loop motor control, and proximity sensors for...

The FIRST Robotics Center at Kettering University is currently discussing and planning for offering virtual mentor and FRC team workshops/training in the fall.
Please watch the website for more information to come soon.

Another training robot to consider is Studica’s VMX FRC-compatible training bot. The VMXpi controller is compatible with the Java/C++ WPILib libraries. It appears that curriculum and documentation is still a work in progress, but there is a ChiefDelphi thread on this robot for further information and updates: VMXpi FRC compatible Training Robot.

Our team had a mini “Future Leader Training” program this past week for some of the students who helped out with our summer camp. We went over with them how to give presentations to sponsors and the community, then did demo presentations for one of the summer camp sponsors. Here’s the outline of this training program:
https://drive.google.com/file/d/1oVswL4ppjVETqh9CHUS5PBVjH9wrYrwA/view?usp=sharing

One of my teammates and I are also working on a student leadership handbook that goes over the expectations for and responsibilities of student leads on our team. If we get permission from our mentors, I’ll post that once we’re done.

I just posted the link to the remote software training program that 6328 is developing in the Virtual Outreach Thread. Please feel free to look it through and see what you think. Feedback is always welcome.

The 6328 programming team has been hard at work developing an FRC software training program that can easily be run virtually. We are happy to share what we’re working on in the hopes it might be useful to other teams, and would love feedback on ways this pilot program might be refined. From the description: “This program is structured around use of an actual robot, for maximum student engagement and to provide real-world experience. For this to be practical, the robot needed to be small in siz…

Here’s the leadership manual that a teammate and I worked on. It’s not quite finished yet, but it still has a lot of content! We tried to make it as comprehensive as possible, with a strong focus on soft skills. Hopefully someone finds it helpful!
https://docs.google.com/document/d/1jRrWNX8ELXVsCy4r8IFVoPdveXtZFXdci59w0cLnb2I/edit?usp=sharing

Sorry, I’m terribly late to this party, but Larry Lewis and his colleagues on 1511 made a great Leadership Boot Camp. I’ve used a personalized version of this training with past teams; students and mentors really enjoyed it and learned quite a bit from it. They were very responsive to questions I had, and were happy to share their work (with proper credit given).