All I want for christmas is a NEO with integrated Motor Controller and Encoder, Take notes REV

Honestly, I’d settle for a V1.1 with robust encoder connector/cable at this point.

100% agreed. Our first swerve prototype has been a challenge to code on our own but NEO’s work just as well for making a swerve drive, the only downside is having the external encoders and such related to that.

Too true. 1706 Swept the Hopper Division and got 40 rank points with NEO swerve on the MK3 gear ratio which is like L1s on MK4s

CIM motor. The only motor you will be able to buy. 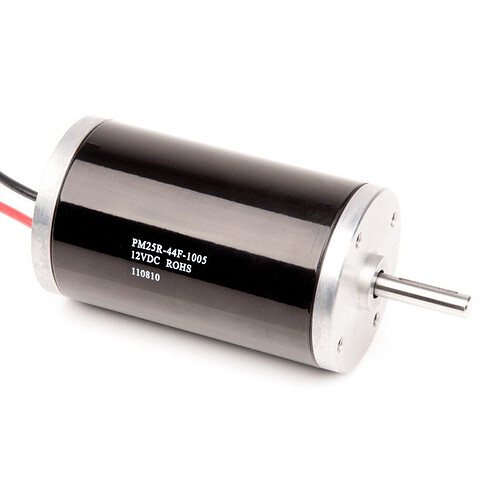 We don’t need to

Neos have an integrated encoder already.

Hard pass on integrated motor controllers. I like being able to replace each of the motor and ESC separately, rather than having to drop $180 for both when I burn out a motor.

I wholeheartedly agree…but i would gladly take a small/round motor controller that mounts to a Neo, but is removable/replaceable.

but i would gladly take a small/round motor controller that mounts to a Neo, but is removable/replaceable.

I have been pushing for controller hats for a little while. It is the best of both worlds.

And the power difference, which I agree is negligible, I’m going to count it as a reason also.

Have you ever burned out a Falcon or a falcon motor controller? I’m actually curious. We participated in the Falcon alpha/beta and have used them extensively since then, and we’ve never managed to actually burned one out.

We have had 2 falcons go bad, they were both mounted directly on the power transfer shaft to a 2020 shooter though, a practice we have since stopped. They basically shook to failure.

What was the failure mode of the falcons?

What was the failure mode

I couldn’t tell you. I wasn’t present and am the software guy. I took the mechanical mentors word for it.

Output shafts. We have seen two different failures that have repeated.

We’ve had two where the screws have come loose and broken. These were rebuilt when we bought them and we added Loctite.

We’ve had four output shafts fail with the spline separating from the mounting plate. Happened twice this past weekend. Still investigating.

All have been in our swerve modules, but one from this weekend was in our intake. First and only failure in a mechanism.

We’ve also had two that appear to have internal CAN shorts. We are working through some steps CTRE has given us. VEX and CTRE have been very helpful in these.

[image] [image] So, upon investigating a wobble on one of the shafts of our SDS MK4i drive motors, I discovered the image above. They have only been through one competition. All 5 bolts had been completely sheared, leaving the shaft to rotate freely and the ends had been seemingly melted into the motor. The bolts that were in the shaft were the older hex socket ones, which Vex has since replaced with “harder materials”. We took apart each motor and loctited them per guidance from Vex while bui…

Too true. 1706 Swept the Hopper Division and got 40 rank points with NEO swerve on the MK3 gear ratio which is like L1s on MK4s

Believe it or not we are actually still on MK2… point stands though we are basically the same speed as Mk4 L1! with 8.33:1 we definitely feel the slowness and the NEO is also slower than a falcon with the same gearing due to the lower motor speed, next year we may still be using NEOs but expect we will target actual speed closer to 13-14ft/s (15ish theoretical) with less gear reduction.

Currently our robot hits a max 11ft/s on a good battery with the weight on the wheels and everything running, not fast, but smooth and predictable, being able to shoot against defense with a combination of shooting on the move when you have a gap open and having the turret to shoot when pinned against the wall or bumper to bumper locked helps ALOT. I should mention we had ZERO motor failures on swerve this year once competition started. Only time we had a motor not working is the 3pin anderson between one of our turn motors and the sparkMAX was disconnected after it popped out after a fall off the high bar at heartland, i will not blame the NEO for this as we just oversaw the issue trying to fix other things that broke after that match.