When I first stumbled upon the Season Long Fantasy First league in 2013, I was pretty captivated by all the picks from teams being made, where my favorite teams were being selected, and the community atmosphere of fun, positive, but serious competition.

Over the course of those years starting with my first ever season in 2014, i’ve made huge efforts to improve the league, even when I didn’t have all the skills I do now. Running drafts, posting random lists in the main thread. Back when we had waivers in a separate thread, and could pick up teams as free agents if nobody noticed them. 12:01 EST posting battles with RFA. Discovering that 10+ drafts had been the exact same random pick order due to a draft runner bug and nobody had noticed! Fighting for fair pick slots in SLFF. Helping implement “block drafts” for districts. Removing 12:01 free agent battles (they got old). Creating an off season league to get new players involved, and recruiting those new players to use the same data that I used. Fought hard for all teams to be on a unified discord. Writing guides on how to pick well, what to do and what not to do. Creating a new and improved draft running tool. Running 142 separate drafts now over the years (approx 64 hours of time invested in draft running alone). The wins and losses have all had fun times. All in all I think Eric has done a phenomenal job of running SLFF for the past several years in an unbiased, professional manner.

I think we can all agree that SLFF isn’t what it used to be. It’s way more competitive (good), but also way way more negative and salty (bad). All this leads up to Company teams (TBC/TLC/TSC) making a change, and I suspect many other teams as well, although I can’t speak on behalf of them. 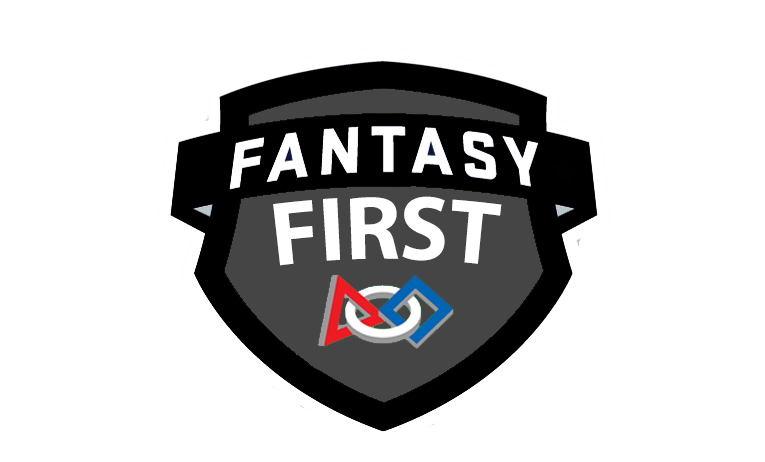 A group of us have been working on a Fantasy First server (repurposed the OFF server), designed to be more accessible to all, well maintained bots, with clearly defined rules, for both regular members, and staff/mods/admins, led by some of the many people in the FIRST community that want to have a positive environment for everyone.

We have written a proposed rule set for SLFF/look-alike league (special thanks especially go out to @Golfer4646 who drove the majority of these ideas forward) , in that you have many drafts for all areas of the world in FRC. Beyond that, there are some pretty drastic changes to pretty much every area of the current SLFF ruleset. Highlights include:

We are looking for feedback on the rule set so if you have any comments/suggestions, they can be directly put into the rules doc. Hopefully we can come to some consensus and have SLFF fit under this rule set/some modification of it, but if we can’t, a different league will be formed.

The server will also be used for other leagues, such as SLWFF, and OFF 2020 (Offseason Fantasy First) or other regional leagues. (Potentially FFIT, CHS, FMA) leagues that exist currently today. We are currently looking for people who are interested in running regional leagues, possibly for 2020.

Eventually we hope to have the ability to get a group of friends, start your own league, and pick what drafts you want to draft. All of this in an automated system, where you can have some control over the rules you use! Obviously we have to get the fundamentals up and running first, but that is the long term goal.

Now obviously there are going to be some concerns, there has been large apprehension to drafting fully on discord, but for me this is the easiest way to have a huge improvement to everyone in the community, with the ease of use, and reduced load on the people that help run this league. This is the way forward for me, and the vast majority of draft runners.

Another concern that others may have is an alternate Discord, or those running things in that Discord. It is my opinion that the fundamentals of the discord, the staff are great for their roles, and multiple have experience with the large FRC server, as well as many other FRC related servers. All the staff on the server are united to providing a better product for you. The organization of the rules we think adds a lot of room for you to express yourself, while not belittling others, and the moderation guidelines have clear responsibilities of our staff, as well as a defined process if some changes need to be made with the staff. I’d like to thank the multiple people both on and off the staff for developing this with us, and the FRC discord for loaning us their moderation handbook to work off from.

But are memes allowed?? Yes, please meme as much as you would like in any of the discussion channels, pending that those memes don’t break any of the other server rules.

SLFF support wise, we recognize that there is already a server for this, and encourage those who want to participate in exclusively SLFF related discussion for 2020, to join that server, as that’s the best place to be for that!

That being said, this sever will likely implement some “nice to have” features for players/teams drafting in SLFF 2020. The draft thread tracker has already been activated on the server, so as soon as a draft thread goes up, you can be notified.

Secondly live scoring for SLFF and live waiver tracking, with optional pings enabling notifications if you have a slot that isn’t filled anymore.

All of this will likely be moving to this server (pending staff approval/getting things done) in the coming days/weeks. Scores will still be posted on CD, just they won’t be live updating.

We look forward to your constructive feedback!

I’m disappointed to see that we have to falsely flag posts here.

EDIT, OP has been unflagged via mod.

This seems petty, but I don’t want to be rude to you, so I wish you the best in this new endeavor.

what happened to the official slff server

FFiT will definitely be moving to the new server for 2021. Decision for 2020 is still pending, since the season is supposed to start in thirteen days but interest this year has been fairly low so far.

us law requires you disclose any sponsorships that involve product endorsements

(post withdrawn by author, will be automatically deleted in 24 hours unless flagged)

It’s still the official SLFF server! Any SLFF coversation/discussion should either be there or on CD.

You can join it here

Probably don’t want to disclose that on a public forum where minors are present.

A group of us have been working on a Fantasy First server (repurposed the OFF server), designed to be more accessible to all, well maintained bots, with clearly defined rules, for both regular members, and staff/mods/admins, led by some of the many people in the FIRST community that want to have a positive environment for everyone.

We have written a proposed rule set for SLFF/look-alike league (special thanks especially go out to @Golfer4646 who drove the majority of these ideas forward) , in that you have many drafts for all areas of the world in FRC. Beyond that, there are some pretty drastic changes to pretty much every area of the current SLFF ruleset.

Just for clarification, you’re creating a SLFF / look-alike league for 2020/2021? (It wasn’t explicitly clear to me so I just wanted to check my assumption)

2021 FRC season, if Eric decides to stay on as commissioner (I hope he does) and we can all come to an agreed rule set, then it would be SLFF on this server.

If that isn’t reached, it will be under a different name, and SLFF will/will not exist under whatever rules it wants to have. The goal is provide a fully automatic, low effort league to run, under a nice clean rule set that SLFF can ideally transfer over to. The rules are pretty different, and a lot of changes, so it is forseeable that there are potentially two separate leagues in 2021 drafting the full 2021 calendar. For me the decision was fill this need, or quit the league entirely.

Any feedback on the ruleset would be greatly appreciated. All regional leagues on the server will base their rules off of it.

I’ve left a few comments on the ruleset.

I will admit that I would prefer more automation. However, as a note, the current SLFF leadership wasn’t exactly consulted prior to the setup of this server/automation. At this time, I’ll have no further comment.

so whos in charge

As for commissioner, ideally @EricH pending on a number of factors. (If it is called “SLFF”, if he stays doing it, if a consensus can be reached, etc) That’s not a question to be asked until we can reach consensus on other issues. In the event he isn’t interested, we can see who would be interested in leading it.

There is no rush for anyone to be in charge of anything currently. Crowdsourcing rules/bot behaviour/different ideas has been running for awhile, and the flood gates are open for anyone interested to join in.

The server staff are also looking for people who are interested in running other regional leagues.

As for commissioner, ideally @EricH pending on a number of factors.

There are zero guarantees of this at this point in time, for a variety of reasons that aren’t necessarily FF-related.

Reading loud and clear. We don’t have a burning desire to fill a “comissioner” hole right now anyways.

Much more interested in a ruleset/draft runner that improves everyone’s experience.

but we love you bird emoji mr commissioner

Based on my (and others’) feedback provided to the previous SLFF mod team I’m currently unable to endorse this mod team.

Then you (and others) are encouraged to exercise your own free will and not participate if you so desire. It isn’t a mandatory thing.

A solid server ruleset, laid out checks and balances, and established hierarchy with explicitly laid out responsibilities of each role on our staff team exists. Anyone who is interested in seeing these can contact any member of the staff. They have all read these documents, and inherently agree to them by being a member of the Fantasy First server staff.

None of these exist with the existing SLFF framework, and it causes large issues. I feel confident that we have a solid group of staff members, and if there are any specific complaints about current behaviour of ANY of our staff, you can bring it up with any of the Community Admins on the discord (pending you are actually on the discord of course)