I feel like this one is less mechanically demanding at least. Our CAD came together pretty quickly, and I am just left thinking, “Is this it?” Compared to last year, teams have fewer subsystems. The endgame can be done without any special mechanism other than a drivetrain. I think very few robots will reach the max allotted weight if it weren’t for ballasts to prevent tipping. I think more of the challenges will be in things like software or driving. Apriltags allow for advanced autos and automation. You can also balance in auto which is an interesting challenge. With driving you will see challenges from the “congestion zone” near the human player stations, balancing on the charging station with multiple robots, not tipping top heavy robots, and precisely placing game pieces quickly. Just look at the everybot, and how capable it is. If a robot like that is so easy to build, teams should be using their robot’s high capabilities to the max with automation and driving.

I think the floor for the game is very low. It is fairly easy to build a simple but effective robot, as evidenced by the Everybot. However I also think that there is opportunity to build very high-end robots that can score 4+ game pieces in auto and be very optimized cyclers in teleop. Given that the time to cross the field is relatively constant when not under defense, the differentiators are going to be how optimized your intake and scoring mechanisms are and I think that is where high-end teams will introduce new features that will amaze us all.

Many people who feel this is too easy forget how many issues people had acquiring and scoring gears in 2017 even when left alone.

Getting gears at the loading station was easier than getting either the cube or cone will be this year. When properly maintained the pegs to score on in 2017 were easier to score on than the middle and top nodes this year.

I think about this parallel a lot, and it will be interesting to see how the “average” team has improved between 2017 and now.

Open alliance and COTS mechanisms have really grown since then. Fast swerve drives and brushless motors will improve cycle times. Everybot is now a great resource for team. Elevators are COTS items. Effective intakes are COTS items. Lots of improvements since then. It’s going to be cool to see the impact.

For the idea of bringing in new game pieces and ways to solve new challenges, I’d say this game isn’t hard or easy. It hits the balance of being “Just right” and it feels refreshing to not get a shooting game for once, although i know somehow some team will figure out how to shoot cones a few feet onto the top node.

Id say this has the easier side of endgame mechanics but the harder side of scoring methods, but overall that evens out the difficulties. Teams dont have to focus on making a climber or endgame mechnism and can focus more on scoring methods. Also correct me if im wrong but the last time I recall of having a long cycling time sort of game was around 2014 or maybe 2015 if you were trying to get a full stack.

Theres also a ton of resources since 2020 for newer teams, everybot, wcp competitive concept, Open Alliance, all of these resources are great for newcomers. Its good to see that resources for newer teams is more obtainable than past years.

Charged Up feels like a very driver-heavy and programming-heavy game. The average FRC robot is almost always better with more drive practice and autonomous systems. Still, this game feels like its most significant factors are these two specifically more than anything mechanical. The lineups necessary are awfully specific with abnormally small margins for error.

Not at all a bad thing, but it’s certainly something different at a glance (and no matches having been played), whereas in many previous games, there are so many more subsystems that need to go into a robot.

I marked this as too easy based entirely on the endgame. I think the normal scoring system is plenty difficult, but the fact that the endgame doesn’t require its own mechanism isn’t my favorite. 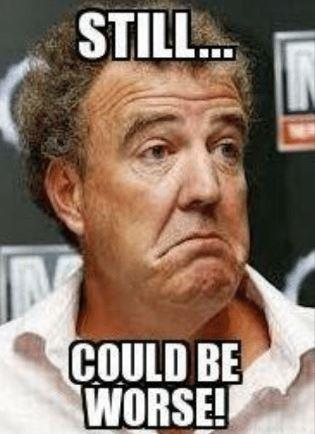 Well 2014 and the lack of an endgame did exist…

I think having to lift gamepieces both up and out is a newer design challenge that while hard, I’m here for. I’m pretty grateful for endgame not needing a dedicated scoring mechanism which allows for the dedication of mechanical resources and robot profile towards getting gamepieces extended where they need to go. I’m also enjoying the change of pace from the last few years even though I’m a big fan of shooting games.

I believe 3 RP average will be well above average this year.

Now that we have a fair amount that have voted, it speaks volumes that 4 people say it’s too hard. That in itself means the game is too easy. We have not seen people posting about having to make tough decisions on what to do because frankly everyone can do everything.

The game looks and feels like an FTC game and that is not a compliment.

I believe 3 RP average will be well above average this year.

Math says that is not possible

It’s interesting to compare this game to 2011. The 2011 game was pick and place as well; technically 3 different game objects but all could be handled with a similar intake. Key differences:

The other big difference of course is the wide availability of COTS and swerve. The COTS impact is mitigated a bit by the design–2011 was elevator-heavy (not covered by COTS then, but would be now), 2023 requires “reaching out” in a way that existing COTS doesn’t quite cover. I’m hoping to see some creative solutions here–Pink extensible arms, double-jointed arms, elevators with extensions, four-bar mechanisms…

It remains to be seen whether teams can actually effectively execute on a real field with a lot of other robot traffic through congested areas. The placement precision required is pretty high, and I think teams who haven’t really practiced on a real field yet are underestimating the difficulty of rapidly placing cones on posts not directly in front of their driver station.

I think the endgame is also being underestimated–how many teams have actually tried driving three robots up to simultaneously balance? How long did it take? What’s the tradeoff of spending that time balancing versus scoring? I’m sure the top teams are looking at ways to make balancing with 3 not just doable, but doable quickly under more control (I’m thinking things like PowerUp-style forks for assisted lifts).

Different games require different capabilities and strategies to be successful.

CD is an extremely constrained sample, so there’s likely a lot of selection bias in any survey here. Let’s remember there are probably at least 1000 teams who have never visited CD, let alone created an account.

There were some years getting 4 RP was friggin hard.

That means at the end of a match the average RP coming out of it can be a max of 3 RP when including all teams. Because of this the “average” RP that an event can have is at max 3 RP.

The average you see to get seeding.

I intended that as 2 bonus RP every match with a .500 record.

28% of respondents say the game is too easy, but I expect 2/3 of them won’t will be able to consistently get their alliance 4 links and a Charge RP.

“Is this game too simple?” Would have been my preferred poll question.

I would agree that the RP avg of the #8 team (or #16) is probably a better metric on game difficulty than the average RP of all teams, since for every winner there must be a loser.