A flood caused by excessive rain and a washed out dam is causing havoc in and around Midland MI. A second dam has been breached (water flowing over the top of it) and they are not sure what the structure is like underneath.

The small towns of Edenville and Sanford are under water, as is much of downtown Midland. Water is as much as 9 feet over flood stage.

10,000 people have been evacuated. Schools that host several FRC teams have been set up as shelters, including Midland HS, Bullock Creek (Blitz Creek team), Hemlock and Coleman. There was a shelter at a school in Sanford, but it was later marked as closed - I don’t know if that meant they had reached capacity or if the waters threatened and they had to evacuate. Social distancing and face masks have to be observed at the shelter sites.

Dow HS in Midland - site of the Midland District and home to The Charge - is not a shelter site, because it is in the area that is threatened if the second dam should completely fail.

Just when you thought things couldn’t get worse …

Our thoughts and prayers go out to all those affected by this flood. 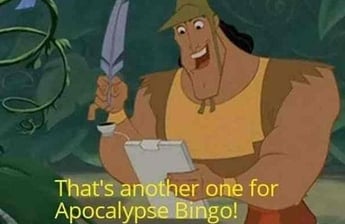 Seriously though I hope everyone is okay

Hope all are safe and will stay healthy during this evacuation.

It is hard to “stay at home” and evacuate due to flooding. (said with humor)

Hi from Midland. Just wanted to give an update. Flood waters have gone down some but are still fairly high in the downtown area. (if you know anything about downtown midland the farmers market is still completely under water). Our robotics site for 2619 The Charge(Dow High School), 5509(Midland High School), and 5424(our local homeschool team) was not damaged by the flood. As the waters are receding some people are returning to flooded or unaffected homes while other have to leave due to sewage pump failure. I live in midland and cannot speak for the other areas effected by this.