Welcome to FM1 - a new beginning for CDFM.

For our first game of our first season, we have decided to soft-reboot our community. Therefore, we are happy to introduce Chief Delphi Forum Mafia, or CDFM for short. All games will follow a new naming convention from this point forward - please look forward to more information on that front soon! However, that does mean that we will be retiring the “FRC Mafia” moniker, and so this game will be known as FM1.

2: Be respectful to the hosts and your fellow players. Attacking other players in a personal manner is strictly forbidden.

3: Don’t throw the game. Always play with the intent of helping your faction win.

4: Don’t be inactive. If you do not post meaningfully within 24 hours or at least five times in any given phase, you will be prodded. Receiving two prods or failing to respond to a prod within 12 hours will result in your removal from the game. Attempts to “prod dodge” by barely meeting this limit are discouraged.

5: Do not discuss the game outside of the game. Anywhere. It’s not worth it.

6: No editing or deleting posts for any reason without express moderator permission.

7: No posting after the majority is reached or at night. I can’t lock the thread, so I’m relying on you all to just follow this rule and not post. Repeated or egregious failure to comply will result in your removal from the game.

8: Do not quote/screenshot private host messages. They’re private for a reason.

9: Angleshooting is strictly prohibited. This involves any and all methods outside of the game thread that may help determine a player’s alignment, including your own. If this occurs accidentally, PM the hosts. If this occurs intentionally, it may be considered cheating.

10: Keep the thread clean of outside influence. Dead players cannot interact with those alive in any way, including liking posts in the game thread. Living players, likewise, should direct all questions to the hosts through PMs, rather than just pinging them in the thread.

11: Do not edit the OP for any reason without host permission. If you believe you can make a positive contribution, PM the hosts first.

Hosting
• This game will be co-hosted by @orangeandblack5 and @Kaitlynmm569

Setup:
• This game will run a 17p semi-open grid setup entitled “2X5”
• There will not be additional flavor
• A random number will be chosen to determine the column and a random letter for the row
• The rest of the roles will be Town Citizens, resulting in 13 Town vs. 4 Mafia

Setup Notes:
• No roles may self-target, including protective roles
• Doctors, Jailkeepers, and Roleblockers may not target the same player on consecutive nights
• The Town Jack of All Trades has the following powers: 1x Shoot, 1x Roleblock, 1x Track

Voting:
• To accuse someone, say “## /vote [Player_Name]”
• To rescind your vote, say “## /unvote”
• You may vote for nobody to be eliminated by saying “## /vote NoElim”
• The hosts will give current vote counts whenever they are available to do so
• Votes are automatically locked in at LyLo and may not be changed once placed

Eliminations:
• Every day will have a deadline elimination - whoever has the most votes when day ends will be eliminated
• Starting Day 2, if a majority number of votes is reached on a player, the day will end immediately with their elimination
• It will be made public when the game is in LyLo (when anything but a correct elimination will lead to Mafia victory)

Win Conditions:
• The Town wins when all Mafia are dead
• The Mafia win when they match or exceed the number of remaining Town players and have ensured this cannot be undone

What is Forum Mafia?
Here is a short guide from Mafia Universe describing the basics of Forum Mafia. In short, it is a variation of the party game Mafia (also known as Werewolf) that has been adapted to be played on internet forums.

How do I join?
You can reply to this post with “## /join”, or simply express an interest to play, until the game fills.

What does _______ mean?
There is a great glossary of various Mafia terms that may be used on the Mafia Universe Wiki.

I’m still confused.
Feel free to ask me any and all questions you may have via PM.

I see the game is full, can I still play somehow?
I’d love to have some backups in case anybody drops out or is inactive. Backup players might be called upon at any time to fill the shoes of a player that needs to be replaced. You may join as a backup at any time by saying “## /backup” in this thread.

You may only post in the game thread once you have received and confirmed in your role card. If you did not recieve a card, PM me directly. DO NOT discuss it here.

HOW HYPED IS EVERYONE FOR THIS!!!

for not knowing what a roborio is.

Everyone else has built a robot so if I was scum my partners would have told me what it was! Ha check mate!

he is joining an frc team tho 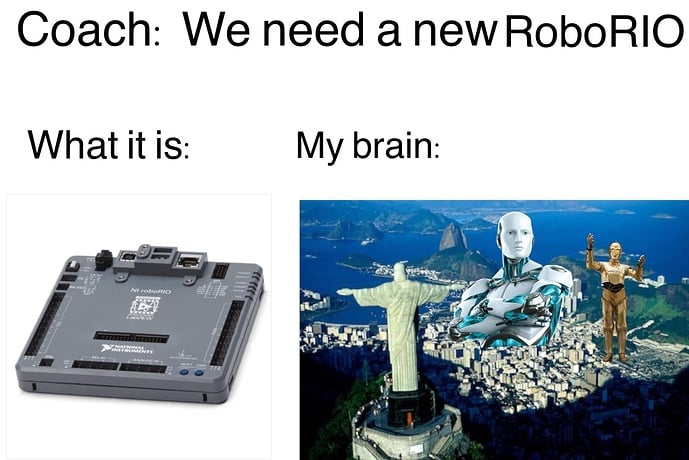 This is obvious scum for a couple reasons

1.He liked my post without posting.
2.He’s a duck, which is tasty.

I rest my case

(Dang nabbit, I’m a potty mouth) why did you have to post you literally invalidated half of my case

He’s a duck, which is tasty

Are you telling me town doesn’t eat the people they lynch on this site?