This year more than any other, I’ve seen tons of robots that are much further along in the build process than I remember from previous seasons. I think that’s caused by a few factors:

That being said, I want to remind everybody who has some FOMO, or is otherwise nervous about their own build season progress… it’s slightly less than 30% through the build season until week 1 events!

By this point in the season you should:

In case that information only makes you more nervous, or you feel like you’re falling behind, there are plenty of resources available to save your build season. Between all of the Open Alliance Build threads, and the most competitive Everybot ever, there is plenty of time to right the ship and have a successful season.

Thank you for this very valuable reminder.

When you are a newbie or even a veteran trying to benchmark yourself, it is easy to get discouraged and intimidated by these Alpha bots. I feel like Rogue Leader in StarWars “Stay on target, stay on target.” We have a plan that works with our skills and timeline.

Thank you for putting this out there! Even though my team is moving at the fastest pace in our team’s history, it still seems like a snail’s pace compared to teams that are preparing to be fully functional by less than halfway through the season. While it may be seen as a strategy to those teams, its a plain unreachable goal for others (like mine!), but that is a-okay.

I applaud the teams whose resources and structure enable them to use the early build strategy if they choose, and I also applaud any teams that won’t be there for a few more weeks due to waiting on parts, still figuring out mechanisms, or just not having enough time.

Doing your best is the best you can do. Have a great build season y’all!

It’s the beginning of week 3, our robot is a few COTS components on order short of being mechanically and electrically finished, and I feel behind. Something definitely does feel different, but I can’t tell how much is me and how much is FRC changing.

One way my team has been able to get ahead without being particularly fast at machining/design is by doing preseason CAD R&D.

For 2023 we knew we we wanted to run swerve so we prepared a swerve chassis. We also bet that 2023 would be a lifting game so prepared a configurable elevator.

Here’s an early CAD model of our 2023 robot that’s just those 2 subsystems glued together: 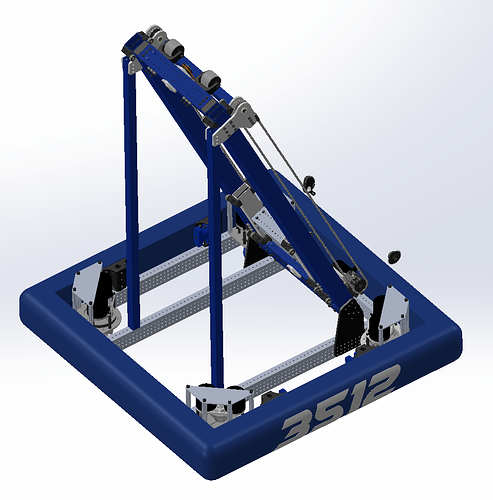 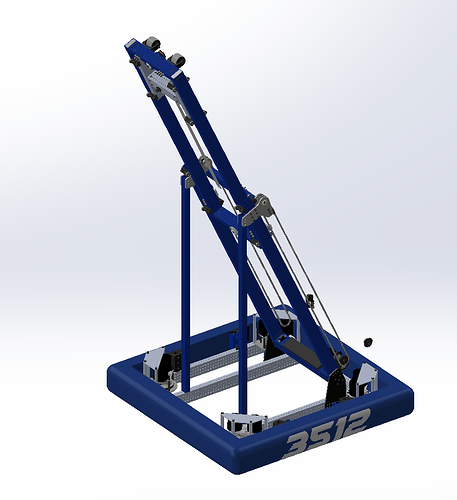 I highly recommend CAD R&D if you have time in the offseason, particularly for drivetrains. It can save you a decent amount of time come build season and it’s fantastic practice even if you don’t end up using those models!

Fear leads to the dark side.

Though DARC side is just down the street from us and even a couple weeks into build season, I already miss seeing them since kickoff was elsewhere this year.

We are always aspirationally at “the robot is mechanically “done” three weeks after kickoff” every season, but we’ve never actually made that benchmark. We might this year, but we have a week to screw things up, face setbacks, etc, so we’ll see on that score.

Thank you for this reminder. Our team has been moving along at one of their fastest paces ever, with a driving chassis as of yesterday and significant progress towards our metal versions of subsystems…yet the overwhelming amount of updates certainly makes it feel like we’re significantly behind despite checking off all of OP’s “Progress Boxes.” Happy with our performance so far, but anxious about how much it feels like FRC is moving along without us.

“Comparison is the death of joy,” or so I’m told.

I just keep telling myself that I have a smallish group of mostly 2nd year (the rest are 1st year) robotics kids. Where we are right now isn’t far off from where our team would have been back in 2019 when bag’n’tag ended. Which is a week or two ahead of last year’s progress. So I’m cool with that.

Do you have any more info (or examples) about 1678’s “build philosophy”? There’s some disappointment on our team about a simple robot design, but I think showing the example of an elite team continually iterating could be helpful.

I will join in the thanks for the reminder chorus.

We are a very small rookie team and seeing how far along the Open Alliance Bots are along has gotten me in a “small” panic. We have a KOP chassis assembled, most of the electrical components affixed to a belly pan. We have simple drive code working on the chassis we had built in the fall, and trying to figure out how to run a PID Position Control for the arm that exists only in CAD. We have a rough prototype of manipulator that has no power yet for intake wheels, nor a working pneumatic system. We have plywood cut for bumpers but not attached to any sort of mounting system yet. The goal was to have the mechanical part completed by February 6 so coders could have a shot at automating functions while we tried to find out if anyone on the team can drive a robot.
This is all going on at the same time that our marketing/outreach/fundraising team is trying to develop a t-shirt design that we can sell some ad space and still have back for the team by our first competition in Week 2.
I had forgotten what starting from ground zero was like after working with experienced students in the past.
This sanity check from you will help us sleep better this week. We can start to panic again next week.

As someone who’s a founding alumni of 7461, an open alliance team that currently has a robot done for this year – you’re doing amazing for a rookie team. By this point in our rookie build season, we had a few wood “prototypes” (2x4s with holes in them) and some very rough CAD done, without much else.

I’d highly recommend looking at the everybot if you haven’t already (would have saved me so much stress if we built the everybot our rookie season), but y’all seem to be moving at a solid pace, and will end up fine regardless – everyone’s rookie year is rough, but you’ll pull through!

They seem to be keeping their fall workshops up to date on their website: 2022 Fall Workshops - Citrus Circuits

From the title, I thought this was going to be about LabVIEW and C++ and how long it takes to compile and deploy compared to Java.

I think it’s more the game than FRC itself. It’s not too mechanically complex if you’re not jumping through massive hoops to do something wacky and over the top cough 971 cough. And if you are swinging for the fences with a wild design… it’s not exactly different from past games to not find CAD or designs online to work from. FRC itself hasn’t changed too much unless they keep easy games rolling which would be a shame honestly. No endgame and a focus on 3 subsystems means a normal mech team has an extra 2 subsystems worth of people to work double time, definitely shaves 2-3 weeks off development. If everyone had to deal with a new, wacky climbing problem this year everyone would be pushed back another 2 weeks. 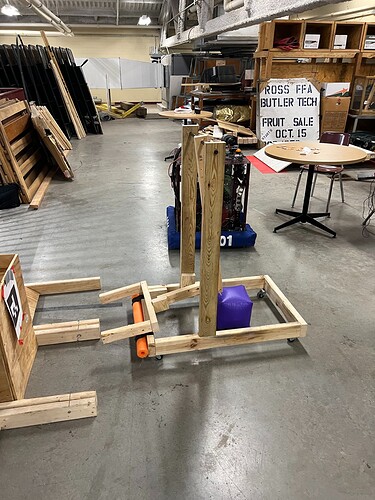 Done. Just waiting for the monkey to arrive.

May I suggest a toddler!
Smarter 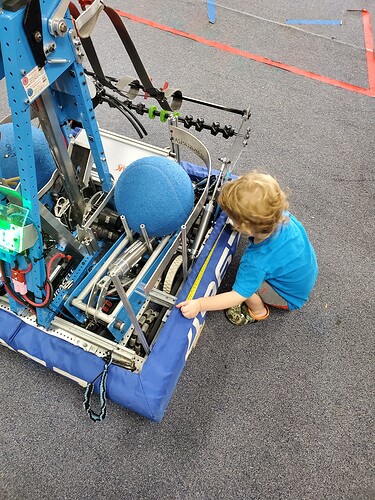 May I suggest a toddler!

Done is a four letter word to me. I tell the students this and they’ve adjusted to “mechanically complete”.