Join us on Tuesday 8pm eastern at https://twitch.tv/firstupdatesnow for an exclusive Interview and AMA with Don Bossi: Former FIRST President and now Partner at Technology Venture Partners.

Starting as the President of FIRST in 2013 Don was the leader and driving force to many changes in FIRST going back to taking the helm over after the 2012 Hacking Incident to the implementation of two championships, themed games and so much more.

We would be delighted for any questions you would like to ask Don. Post here or on FUN’s Discord ahead of time for a much better chance to have the question asked. You can ask live on air as well but it will be more difficult to get your question in.

Don will also be playing FIRST trivia live on air against a caller. You can PM firstupdatesnow on Twitch with your phone number for a chance to go head to head against Don for $50!

Show will be archived on Podcast under FirstUpdatesNow and at https://youtube.com/firstupdatesnow 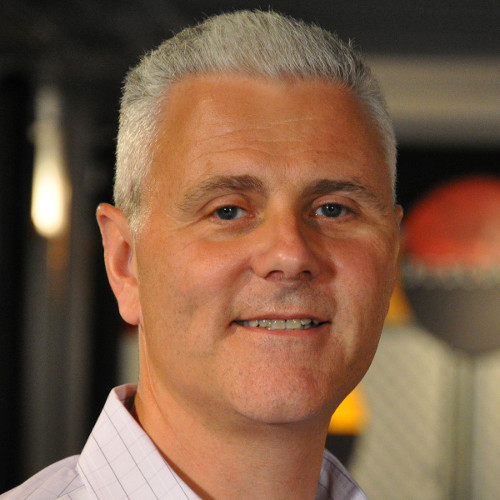 I’m very glad to have gotten the chance to chat with Mr. Bossi at both the Detroit Championship and Global Innovation Award during my time on FLL team LEGO Legion.

Does he have any comments on the direction FIRST has headed or changes that have been announced since his resignation (e.g. FLL restructuring, IR replay, other responses to COVID)?

What is his favorite pizza topping?

What change were you most proud of happening during your tenure as president of FIRST?

What visit to a competition or team was the most unique or memorable for you?

How often are you mistaken for Mike Pence?

What was an initiative at FIRST you wish you had more [time, resources, buy-in, etc] to complete, but didn’t get the chance to

When will we see an alumni on the FIRST board of directors?

Were you in favor of removal of the bag? Why do you feel it took so long for FRC to drop the bag as a requirement?

In hindsight, do you still feel that splitting the championship event in two was a good idea?

Where do you stand on the subject of RFID? Is it a good idea or a bad idea?

Don, first of all thank you for your service and leadership! In the community it is perceived that FIRST heavily emphasizes growing the quantity of teams over sustaining existing teams. Can you clarify if that is FIRST’s belief and, if so, explain the reasoning behind FIRST’s efforts in that respect?

Who has a tougher job FTA or LRI: on week 1? On champs week? When @marshall (and 900 in general) is involved?

Always the LRI. Almost 100% certainty that Don couldn’t pick me out of a lineup, though I once had a conversation with him and some other representatives from a major sponsor at a CMP event about autonomous, telemetry, and more. Though I could be wrong, he might remember me.

And you have been making plenty of noise for years. Even if he might not be able to pick your face out of a lineup, the name “Marshall” means something to quite a few FRC veterans…

I’d like to know more about what he’s doing at Technology Venture Partners.
How that job compares with his stint as FIRST President?
What new technologies or applications thereof would FIRST students find interesting?

I’d first be thrilled to pass along my thanks to Don Bossi, for all his life changing work. My questions are as follows:

- What do you think is the most hidden/internal benefit FIRST provides, that is still vital in a student’s true success?

- What would you say to students/alumni who refuse to believe/conclude that they clearly accomplished their goals; career, education, or competition-wise.

Can you explain to viewers/commenters the difference between being the FIRST President and the Director of the FIRST Robotics Competition?

Thanks much Don for the service you’ve provided FIRST. Especially how much the lower programs grew in the last 8 years. FRC grew a lot to and changed into different venues and to some more interesting partnerships.

How do you see FIRST partnerships sustaining through this uncertainty?

Does having season title sponsors pay off as far as the buy in from that major sponsor versus celebrating a diversity of sponsors and not having one at the top line?

As far as program growth, how do you see that playing out over the next several years?

Thanks everyone for your questions. We’ll take these for a bit longer here otherwise please post on the show at 8pm eastern at twitch.tv/firstupdatesnow