We noticed the FP gear ratios are completely different from last year (slower) and in-spite of what the KOP says, the motor has a 16 tooth pinion, not 19. The motor part number is 009680-9015 which is the same as last year so at least we know it is a 12v motor (one year they accidently shipped 6v motors!). But it can not be used as a spare as the pinion is 19.

Anyone else confirm they got 16t pinions ?

It is indeed a 16 tooth pinion.

How many teeth does the plastic gear that the 16 tooth pinion interfaces with have? I know it’s been 80 in the past but it may have changed.

Darn, I designed a gearbox for 80 teeth. Can someone give me a confirmation that it’s 72 teeth? I’d hate to redesign the gearbox twice.

you don’t have a KOP transmission to take apart?

this is the first gear in the geartrain, isn’t it? the second gear is blue, and has larger pitch teeth on it’s attached small gear, right? 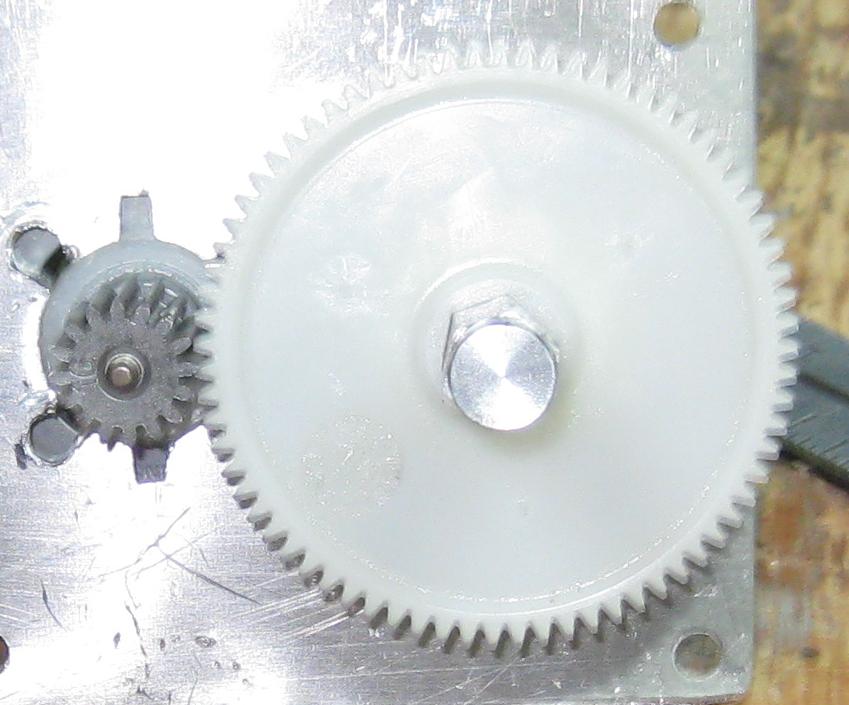 I don’t have access to our workshop until tomorrow. I started designing said gearbox yesterday after our meeting and figured the gearbox was the same as previous years. Oops.

Thanks for the picture, that is the gear I am talking about.

you don’t have a KOP transmission to take apart?

this is the first gear in the geartrain, isn’t it? the second gear is blue, and has larger pitch teeth on it’s attached small gear, right?

That gear you posted does have 72 teeth - I’m assuming it is from this year’s gearbox, which I did not open yet, since they are usually 79 teeth - 0.8 module, 20 degree pressure angle.

Since we’re discussing FP motors, has anyone tested its free-load speed? FIRST specs it at 15800 RPM, but our tests showed 19000 RPM, as I already mentioned here. Some confirmation, either way, would be great.

What’s the OD of that white spacer on the FP motor? Does the OD line up with the inside of the vent holes?

Thanks, so it’s made to overlap a bit with the edge of the vent hole…